PSA: “Lemon” shows N*E*R*D still got it and Rihanna can rap

N*E*R*D made an impressive return today, dropping their first single in some time in “Lemon”. Bearing in mind that the group haven’t released a studio album since 2010’s Nothing, news of this new single was clearly going to rouse much excitement even before first playback. This is the group responsible for the still brilliant In Search Of…and […] 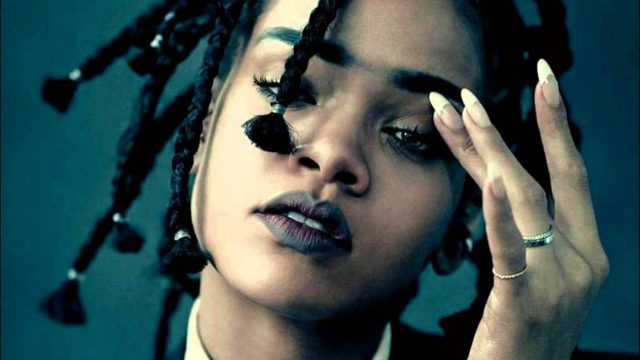 Rihanna is one of modern pop music’s most bankable artists. Since her “Pon De Replay” days, the Bajan vocalist has been an in-demand name both as a solo artist and as a hot guest artist on many a pop and hip hop chart buster. The years have seen Rihanna collaborate with the likes of Maroon […]

For Hip Hop, 2016 was the year of cosigning anything and everything. So called ‘mumble rap’ became a thing and there was a massive push back against the term ‘real Hip Hop’, championing newcomers like Lil’ Yachty and Lil’ Uzi Vert (who, like it or not, have been attached to the music and the culture) […]

It won’t be long before RY X returns to Australia for some highly anticipated homecoming shows but in the meantime, we’ve been loving his latest little music update – the producer and musician has been featured on Rihanna‘s new collection of remixes for her ANTI track, “Love On the Brain”. The four track release (which can be listened to in […]

Warner Bros. lines up a massive female cast for the Ocean’s Eight spin-off

Warner Bros confirmed this week that October will be the start date for Ocean’s Eight, the female-led spin-off of the successful Ocean’s franchise. Production is set to begin in New York with many actors having their roles confirmed, Deadline Hollywood has reported. When the project was first announced, acaresses such as Sandra Bullock and Cate Blanchett […]

High profile releases from the likes of Kanye, Drake, and Beyoncé, plus show-stealers from Chance the Rapper, Skepta, Anderson .Paak and dvsn have fleshed out what has been a very strong six months for hip hop and R&B. We’ve also seen emerging talents like Gallant and Joyner Lucas, comebacks from Fat Joe and Maxwell, and […]

Last year’s If You’re Reading This It’s Too Late was a bold move for Drake, moving away from the ultra-relatable, slightly neurotic rapper-singer and towards something closer to street-minded hip hop, taking aim at critics over dark, brooding beats that were glued together by an adrenaline-inducing energy. It was mafioso rap for the selfie generation, […]

Get a first look at Luc Besson’s next sci-fi epic, Valerian and the City of a Thousand Planets

Luc Besson’s has revealed new details and a first look at his upcoming sci-fi film Valerian and the City of a Thousand Planets in a new interview over at Entertainment Weekly.  Based on French comic Valerian and Laureline, the film stars Dane DeHaan, Cara Delevingne, Clive Owen, John Goodman, Ethan Hawke and Rihanna. As part of the […]

First off, who is this Pablo to whom Kanye West refers with his album title, The Life of Pablo? Picasso? Neruda? Escobar? Is he inexplicably trying to revive Petey Pablo’s career? Referencing Radiohead’s classic debut? Maybe he is likening himself San Pablo (St. Paul), another biblical reference following the religious megalomania of Yeezus. Most likely […]