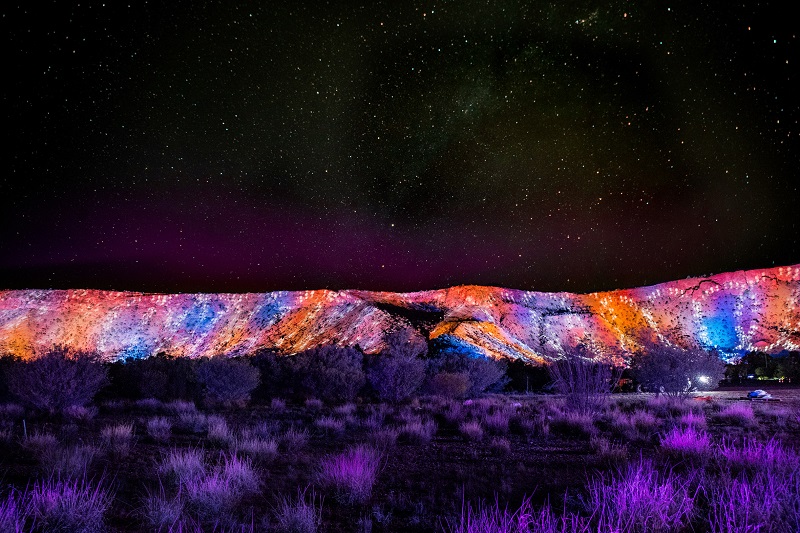 Parrtjima – A Festival in Light dates confirmed for September 2020

Now that domestic flights are being heavily discounted, Australian who have all this pent-up wanderlust brimming about need to make a decision on which parts of the country they want to explore in the coming months. The Northern Territory should benefit greatly from this, especially now that it has been confirmed that the state will […]

Review: The breathtaking Parrtjima Festival lights up the red centre until October 1st

Touching down on the Alice Springs tarmac I know I’m in a special part of Australia. A town of over 25,000 people, the second largest town after Darwin in the Northern Territory and one largely influenced by its Indigenous culture. Straddling the usually dry Todd River and the Eastern and Western MacDonell Ranges, the town […]

Alice Springs presents A Festival in Light – Parrtjima (‘pronounced ‘par-chee-ma’), a dramatic light show that stretches 2.5kms on the MacDonnell Ranges. The naturalistic themed piece references the drama and power of natural landscape. A Festival in Light is the first authentic indigenous festival of its kind ever held. This is dog story country and […] 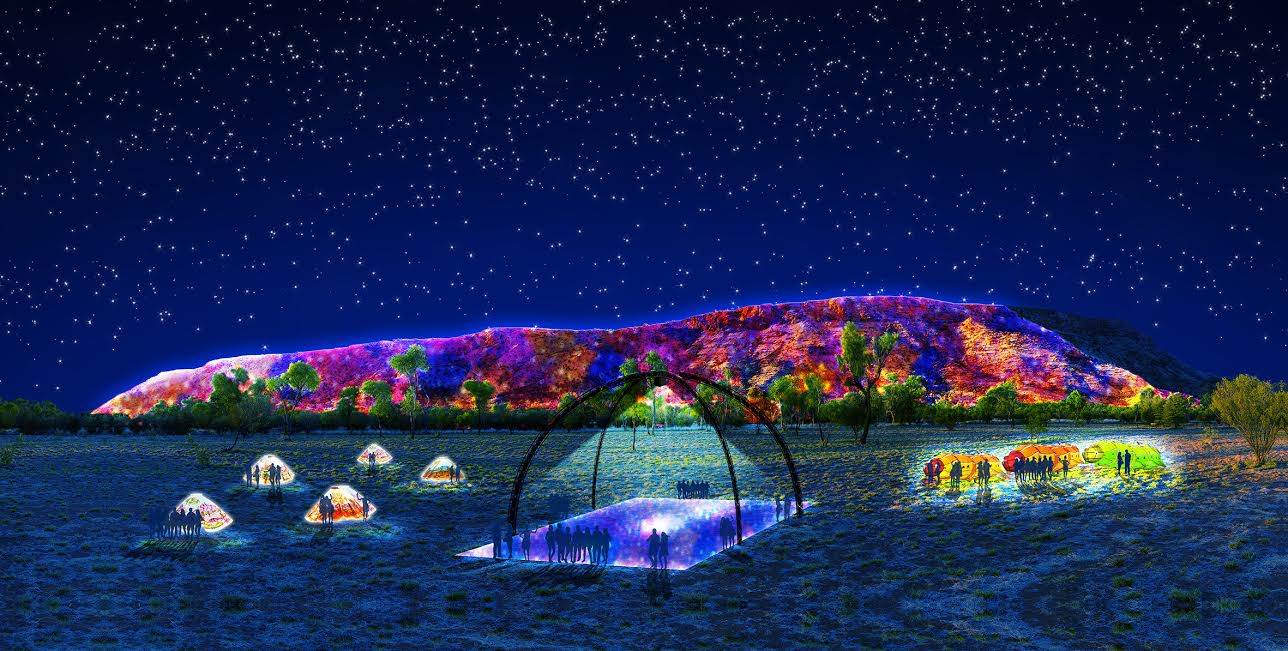 Presented by the Northern Territory Government and AGB Events, Parrtjima – A Festival in Light is the first authentic Indigenous light festival of its kind in the world. The huge scale event will illuminate Alice Springs for ten nights this September and October, with a free program of events open to the public, showcasing contemporary […]