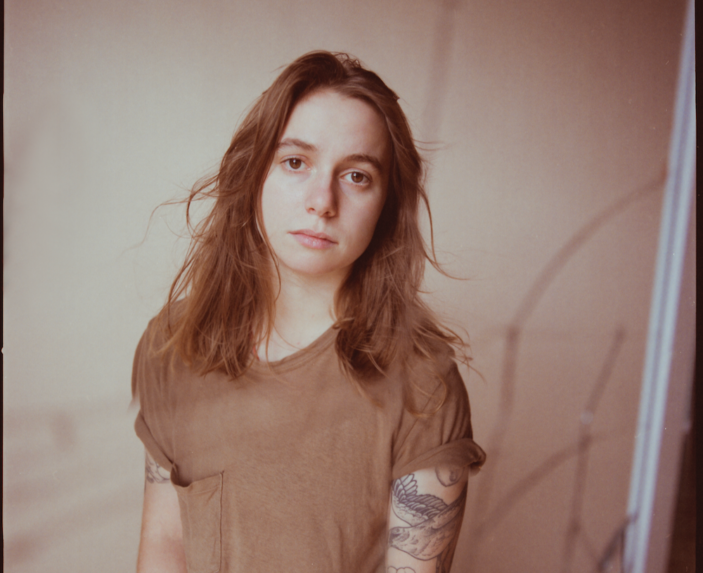 The new single, the first track on the new album, further showcases the more expansive sound that Baker has opted for on the forthcoming album. It’s bigger, bolder, but at the same time, so clearly a Julien Baker song. I mean, there’s absolutely no mistaking those vocals!

Baker has released a stop-motion animation video to accompany the single. Directed by Joe Baughman, the video took around six hundred hours to create, and features travel ephemera collected by Baker across her tours. Here’s what Julien had to say about the video’s creation:

“A few years ago I started collecting travel ephemera again with a loose idea of making a piece of art with it. I had been touring pretty consistently since 2015 and had been traveling so much that items like plane tickets and hotel keycards didn’t have much novelty anymore. So I saved all my travel stuff and made a little collage of a house and a van out of it.

I wanted to incorporate it into the record and when we were brainstorming ideas for videos we came across Joe Baughman and really liked his work so we reached out with the idea of making a stop-motion video that had similar aesthetic qualities as the house I built did. I don’t know why I have the impulse to write songs or make tiny sculptures out of plane tickets. But here it is anyway: a bunch of things I’ve collected and carried with me that I’ve re-organized into a new shape.”

Between new single, “Hardline”, and the previously released “Faith Healer”, anticipation for Little Oblivions is high, with Variety suggesting the album is to 2021, as Phoebe Bridgers’ Punisher was to 2020. Thankfully there’s not much longer to wait now.

“Hardline” is out now. Little Oblivions is out February 26th via Matador Records / Remote Control Records. Pre-order the album HERE.