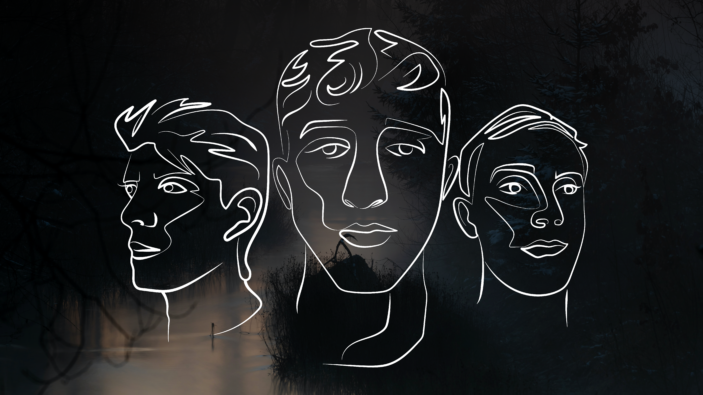 Despite their moniker, Wild Tibetan Monks, are an Irish indie-rock band based in Dublin. Though up until fairly recently the trio were plying their trade in Australia; Western Australia to be exact. Formed in 2011 at college, the trio swapped Dublin for Perth in 2018. But, thanks to COVID-19 they were forced to return to Ireland.

Their time in Australia has proved fruitful, however. They toured around West Australia, and played around with a varied lineup, adding a horn section and including different singers. They also set about recording their own original music. One of those songs, “Cartoons”, is out today. The song, which explores the pressures of modern life, was recorded at Rada Studios in Perth.

Balancing atmospherics with power, “Cartoons” ebbs and flows nicely, and neatly reflects the lyric’s deeper meaning. Frontman Sean suggests, “The song is about going through life doing all the things you feel you should have done, things people or society tell us to do. Then you get there, and you wonder if it’s what you really want, if it’s really what’s gonna make you happy. We also explore the pressures of modern life, the tension that builds and then becoming unstuck.”

The ‘tension’ is then released in the songs choruses, with the band really opening up. With strong vocals and some powerful guitar work on full display, “Cartoons” serves as a fantastic introduction to the Dublin-based rockers.