Track of the Day: The Jaded Hearts Club “This Love Starved Heart of Mine (It’s Killing Me)” (2020) 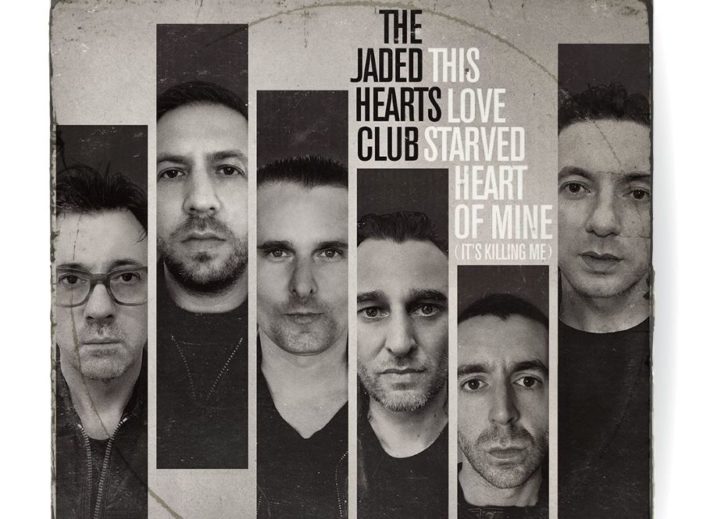 Who doesn’t love a supergroup? They don’t come any more turbocharged than this. The Jaded Hearts Club is comprised of Matt Bellamy (Muse), Graham Coxon (Blur), Miles Kane (Last Shadow Puppets), Nic Cester (Jet), Sean Payne (The Zutons) and Jamie Davis, a totally mind-blowing array of talent. They’ve recorded a lesser-known Marvin Gaye song, “This Love Starved Heart of Mine (It’s Killing Me)”,  first recorded back in 1967. The original recording was made just after “I Heard it Through The Grapevine” was released and made him a worldwide superstar, so this one was left behind. It wasn’t released until 1994, so it has slipped through the cracks until now.

Jamie Davis says of the song: “As soon as I heard ‘This Love Starved Heart Of Mine’ I knew Nic Cester from Jet is one of the few people who could actually sing it. Nic’s vocal has that gut-wrenching on-pitch scream and raw charisma that provide the driving power needed. The track is like a runaway train – big, brassy, brash… a soul classic.”

The Jaded Hearts Club was formed in 2017, when Jamie Davis, a British guitarist living in Los Angeles, ran into Graham Coxon’s record label in England, who wanted to book a Beatles cover band. Not finding quite what he wanted, he decided to make his own and found a few decent musicians to fill the slots. Things escalated quickly, and they are now on the cusp of releasing their first album, a tribute to early 60’s Cavern-era style songs.

Have a listen – it’s a total belter.