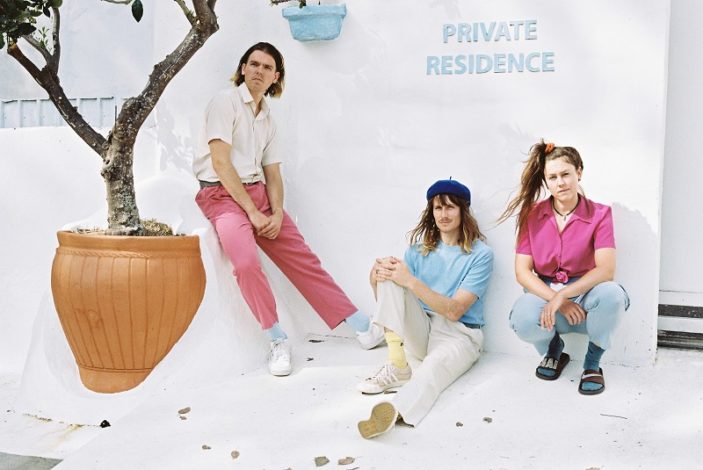 Australia-UK trio Greatest Hits have knocked it out of the park again with their latest single “Trying”, the third in a very young career, following the excellent “Mortals” and “Phil, Slow It Down”.

Produced and mixed by Sean Cook (Bombay Bicycle Club, MGMT, Best Coast), “Trying” sheds light on the band’s endearing knack at weaving together vintage 1970 grooves with bright, beach-ready pop sensibilities and a heady tilt towards neo-psych. Lead Ryan Cooper’s vocals are also imbued with as much razor-sharp wit as the twangy riffs that bubble up every time the song takes a breather.

It’s one of those songs where everything just works so well, lifted by a video that turns second-hand luxury into what Cooper describes as “the relentless attempt to make things appear better than they actually are”.