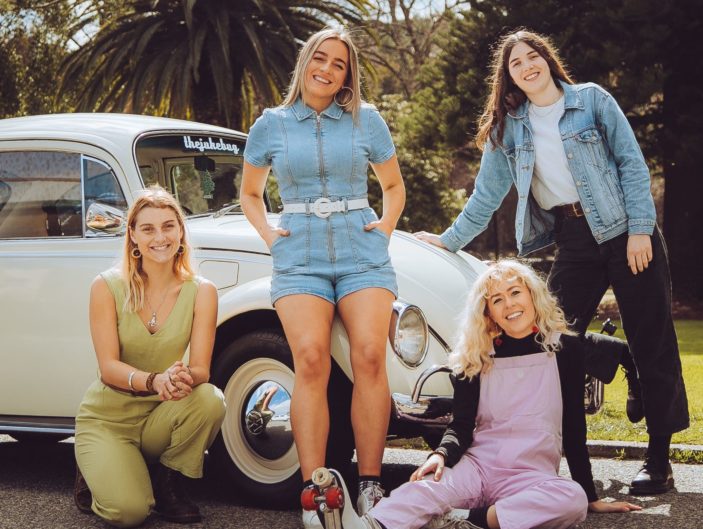 Perth’s indie girl band Dulcie are back with a brand new single, “Dust” – a three minute burst of sunshine and positivity to help get you up and going.

Formed in 2018, Dulcie are Ashleigh Carr-White, Timieka Denton, Saskia Brittain and Madison Hanley. With three vocalists, a truly wonderful pop sensibility and hooks aplenty, the quartet are all set to win hearts and spread the good vibes. “Dust”, like so much of their music, oozes charm and personality and it’s so easy to find yourself hitting replay at those closing notes.

According to the band, “Dust” is, “a song about realising something isn’t what you thought and as time goes on you lose touch of what it was that was good for you in the first place.” And that, “It’s fair to say that most of us have been short-sighted going into things before. There never seems to be any red flags in the beginning, it’s exciting and easy to dive in head first.”

The band have released a fantastic music video to accompany the new single. Directed by Liam Fawell the video was shot in and around Perth. It left this former Perth resident feeling nostalgic at least. So, check it out below:

Dulcie will also be supporting Ocean Alley on their in Feb/March 2021: