Track of the Day: Approachable Members Of Your Local Community “Only Friend” (2018) 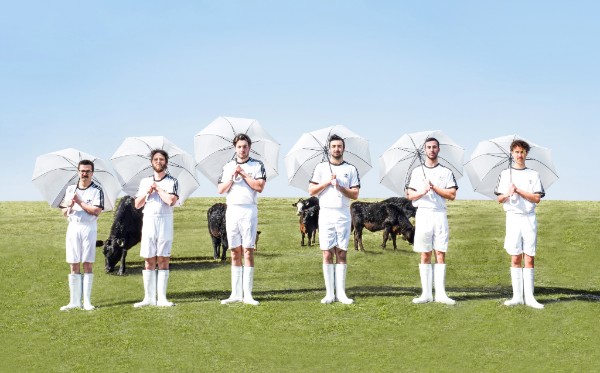 Following up on their previous success the Melbourne indie pop band, Approachable Members Of Your Local Community have released their new single “Only Friend”.

Only last year the six-piece group launched their career with their debut single “Millennium Queen” to great success. Since then AMOYLC have toured with the likes of Kira Puru and Lime Cordiale. Not only that they released their very own EP, which somehow has an even longer name than the band itself: If There’s Anything You Need, Please Don’t Hesitate To Contact Us. The record helped score the band several sold out headlining shows.

New single “Only Friend” is a catchy pop summer jam. Although the track bears the typical AMOYLC synth-swirling, funky pop sound, it was recorded as a duet with fellow Melbourne musician Tamara Dream. The indie folk artist giving the track a special touch courtesy of her mellow and sweet voice.

The honest and human message: “You can be my only friend / I don’t want nobody else” , paired with an unique synth tune make for strong hum-along potential. Weeks before the hot southern-hemisphere summer returns, AMOYLC have delivered a track that will make you feel as if it were already here. Stay safe, stay approachable and listen to “Only Friend”.

“Only Friend” is available now. Approachable Members of Your Local Community will be performing at NYE on the Hill in Krowera, VIC and at several other festivals across the country – dates below. Be sure to hit up the band on Facebook to keep up to date.