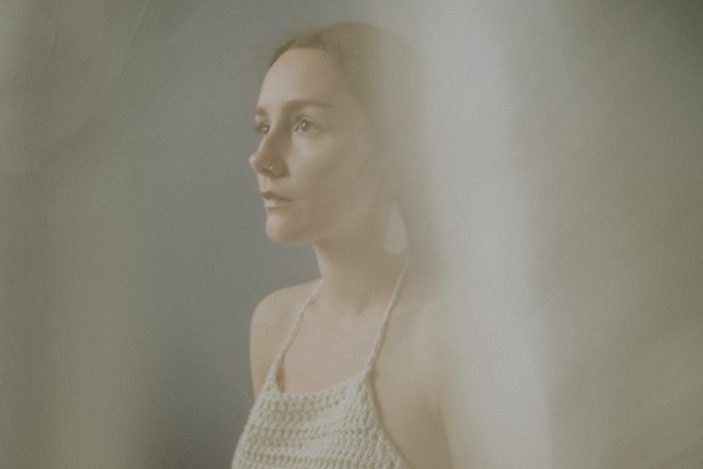 Alexia Avina is an ambient folk artist based in rural Massachusetts in America. She’s a recent addition to the wonderful Scottish label Lost Map Records, who will be releasing her new album Unearth in October. “Fit Into” is the first taste of that forthcoming album, and it is absolutely stunning.

It’s a striking piece of music. Firstly, Avina’s vocal performance is sublime. But, also the sparseness of that soundscape really grabs the attention as well. It’s incredibly atmospheric and ethereal. It really imbues the whole performance with a sense of  otherworldliness. Yet, there’s real warmth there too. Given the nature of the track, you’d perhaps be forgiven for thinking Avina hailed from Iceland or somewhere in the remote arctic, such is that feeling of space and openness to the track. Apparently “Fit Into” was all recorded with a live band too, which if anything is even more impressive.

According to Avina, “Fit Into” is “about the wish to shape shift oneself into the mood of another person’s desires,” and that at the time of writing it was an attempt to “write a song that tapped into that space of inner longing to be someone else, rather than from an angle of self judgement”.