Track by Track: Leanne Tennant takes us through her new album Happiness is….. 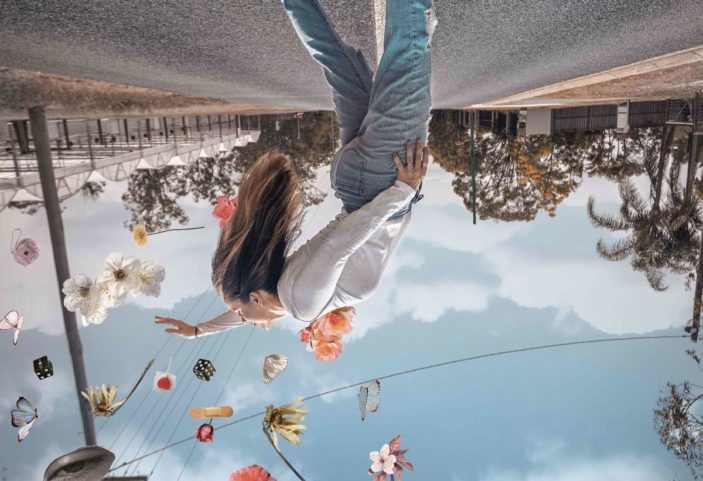 In just a few years, Queenslander Leanne Tennant has made waves in the Australian music scene, securing three Queensland Music Awards and a Carol Lloyd Award in the process. Her third album Happiness is..… is out now and has already received praise and recognition, including a Top 10 spot in the 100% Independent Albums charts at AIR.

The album was produced by Konstantin Kersting (Mallrat, Tones & I, Tia Gostelow) who provides a slick gloss across Tenant’s emotive songwriting. The album’s nine tracks each have their own unique flavour and deal with themes of reflection and the struggles we all face in day to day life.

Give the album a spin and read on as Leanne describes each track.

“Cherry Cola” is a song about loving someone completely, yet feeling lonely at the same time.  It’s about two people being present in body but not in mind

Bring It All Back

This is a story following a conversation between two people with opposing views. It’s about one person who is willing to challenge their own thoughts and ideas, however failing in epic proportions as they’re stuck communicating with someone who has their mind set.

Till the Sun Dies

I wrote this song about my life-long desire to learn how to surf.  When I was writing this, I would get intense imagery in my mind of apocalyptic sunsets and dramatic coastlines.  “Till The Sun Dies” also touches on how as a society we are so driven to spend money we don’t have, on things we don’t need when all we really need is the sun, the sea, and the air.

“Record Stores” is about the power and importance of music.  We play it at our weddings, we play it at our funerals, it’s the soundtrack to all the important milestones in our lives and it has the ability to instantly change someone’s mood.  It is a powerful thing and life would be pretty grim without it.

While it sounds a little like a love song, it’s more about my love affair with music but also my frustrations with some parts of the Industry. “Everspin” is about being stuck in a blur of activity yet you still appear to be standing still.  It’s about putting in all your effort to be seen and heard yet they go unnoticed.  Kind of like trying to constantly swim upstream, or walking into the wind.  You’re just stuck in the noise sometimes and realising you don’t want to be anymore, and that’s ok.

I have a tendency to overthink things.  I’ve always been like this, and although my anxiety is a constant battle I’ve discovered ways in which I can help reduce the longevity or severity of it.  Unfortunately, it’s something I’ll always have to deal with however it’s also a huge part of who I am.  I don’t really know who I would be without it.

I’ve always been a travelling gypsy so I get extremely restless when I can’t step foot on some new soil. When writing “White Lines” I was craving adventure.  I was day-dreaming of driving down the highway, windows open and following those white lines until we hit the desert somewhere to sleep under the stars. It helped me escape.

“Some days I sink my head under the water,  Just so I can hear my heart beating”

“Blue & Gold” is about my overactive mind, and the challenges I experience getting to sleep some nights.  “Last nights sheets are like, blue and gold” – I wrote this line wishing I was wrapped up in my cosy bed sheets and finally falling asleep under the deep blue night sky, and glittery golden stars.

This was the very first track I wrote.  I wasn’t intending to write a song and just loved where the melodies took me. Before I knew it I had a little song. It’s about endings.

Leanne Tennant will be performing two upcoming shows (and more yet to be announced) in promotion of her new album:

October 17th at The Tivoli, Brisbane
October 23rd at The Factory Theatre, Sydney