Track by Track: Jessica O’Donoghue takes us through her dramatic album Rise Up 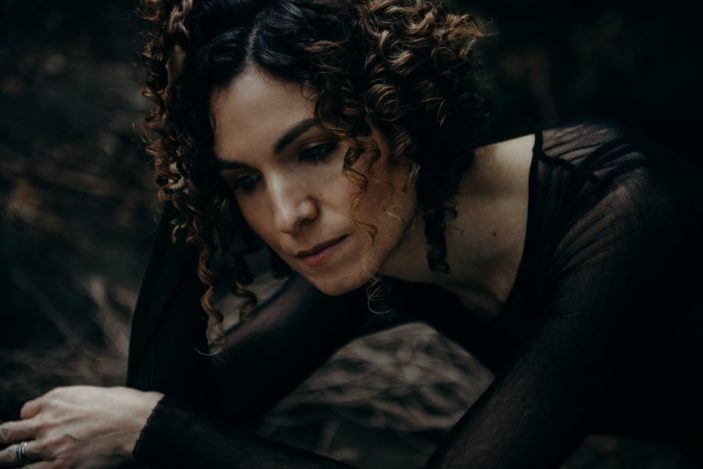 Jessica O’Donoghue is a creative and avant-garde artist, who creates what she describes as “Post-Baroque Dramatic Pop” music. She released Rise Up, her latest album last Friday, and that label seems to fit the bill perfectly.

About the album, Jess writes  “This album is really about a woman’s journey. It goes from hopes, dreams and promises to dark times, challenges, sacrifices and doubting/questioning to acceptance, nurturing and healing, to celebrating and honouring the feminine story and experience. It is a journey of drawing from darkness to drawing from light, a letting go and a rising up that brings with it immense depth and knowledge from past experiences. It is about honouring and celebrating all that the woman is and represents; softness, beauty, fierce power and the ability to hold and nurture the world and everyone in it. It is deep and mysterious, yet luminous and uplifting.”

Rise Up is an ambitious and deeply rewarding listen. Each track is part of the jigsaw of what is an emotive and grand music odyssey. As Jess says “the album is a non-stop musical journey created to ideally listen to as a whole, which is not that common these days.”. It has an olde worlde feeling, with choral arrangements, dripping with melancholy and rituals.

Jess will be performing at The Great Club in Sydney on Thursday 3rd November, supported by Elana Stone and Alyx Dennison – tickets HERE. It should be a very special night indeed.

To celebrate the release of Rise Up, Jess and her team have put together a track-by-track breakdown of the album. So press <play> and enjoy the moving journey that is Rise Up.

Rise Up from Jessica O’Donoghue – Track by Track

Rise Up is a journey of epic proportions both musically and in the subject matter it explores. Its art and dramatic pop at its very best featuring Jessica’s thrilling vocals that soar over a bed of intricate vocal harmonies, rich string textures, tribal drums, cinematic synths and warm brassy tones with French horns and tubas. A continuous musical journey, the album is designed to be listened as a whole body of work as we embark on an exhilarating exploration through light and dark, love and loss. Created in the wake of personal tragedy after losing her father Rory O’Donoghue, Jessica, while telling an individual story of one woman’s journey, delves deep into her raw emotional experiences, telling a story that ultimately belongs to us all. A story of growth and of gratitude for all things, painful and pleasing, and a celebration and honouring of the ultimate power of vulnerability.

This opening track is essentially a prelude that maps out the album journey to follow. An epic 7-minute build, Awakening emerges with haunting synths, pulsing rhythmic textures and sparse vocal accents that give the impression of searching in the wilderness for something profound. This slowly builds to a cacophonous crescendo with vocal fry techniques and deep sub bass waves giving a feeling of foreboding, pain and loss. Awakening then somehow folds in on itself, transforming into an uplifting and cinematic climax with anthemic vocals soaring over a driving force of synths and kick drums that sends the listener flying to great heights.

“Good Grief” is the first vocal track of the album. This song is dramatic pop at its best, incorporating a mix of sparse and melancholy strings with low haunting vocals in the verses interspersed with epic choruses where the lead vocals soar, accompanied by cluster chords in the backing vocals, heavy grooves and cinematic crescendos in the strings. Inspired by Jessica’s own experience of personal grief, this song takes the listener on a journey through love, loss and acceptance not only for lost loved ones, but for past versions of oneself.

“La Rosa” is a chilling arrangement of the traditional Sephardic love song “La Rosa Enflorece”. Jessica takes the original melody in its purest form, then adds a harmonic countermelody, haunting synths and warped strings to turn this traditional folk song on its head and into a much darker realm. Pushing boundaries in contemporary music with this unusual and eclectic instrumentation and harmonic interpretation, Jessica’s arrangement dissects the original poem that speaks of longing and an all-consuming love as she attempts to delve into the many different versions of love and question empty promises and unfulfilled expectations.

The title track of the album, “Rise Up” bursts out with driving tribal drums and banshee vocal chants in intricate harmony. Inspired by the traditional greek account of the woman of Souli mass suiciding with babes in arms after being captured by the Ottoman Empire, this song talks of the many sacrifices women have made over centuries to fight for freedom and against oppression. A call to action and an honouring of the innate and necessary strength in women, “Rise Up” is a searing anthem of epic proportions.

This instrumental track features an arrangement of the main chorus of “Rise Up” using ghostly synth/organ sounds mixed with deep brass instruments. Acting as a memorial of sorts for those lost to sacrifice over the years, it’s a time for reflection on all that the main track “Rise Up” has introduced, a time to be still in the knowledge and acceptance of generational and cultural trauma that we all carry with us in many different forms and to appreciate and celebrate those that have gone before us, those who paved the way for a better future.

This track is Jessica’s arrangement of the traditional lullaby “Lullay, mine Liking”. At this point in the album we see a softening in the music which represents an acceptance of all that has come before thematically. The gentle melody and soothing backing vocals accompanied by a steady beat played on the traditional bodhran drum guides us into state of calm and peace, but not without the strength, knowledge and wisdom from all that we have been through previously as the track builds to an uplifting climax that holds feelings of light and dark simultaneously.

Let It Flow is the penultimate track on the album and offers the core learning from the journey so far. A progressive pop track that features heavenly vocal harmonies, warm French horns and a sparse but strong and steady beat, Let It Flow is like a warm hug from the universe letting use know that everything will ultimately be ok and that we got this. It’s an arrival to a radical acceptance that will ultimately set us free. An honouring and acknowledgement of all that we have been through without allowing it to weigh us down.

The album ends with a postlude in “Reawakening”. A return to the opening musical themes and motifs, but this time transformed, unstoppable and supernatural. Built on a pulsing bass synth arpeggio, surrounded by spacey sound effects and counter melodies in brassy tones, this track sees Jessica’s vocals go to the next level of epic, showing us that anything is possible in the next chapter. The track finishes with an organ reprise that trails off into the distance, leaving us cleansed, empowered and ready for anything.