Tour Diary: The Pinheads take us behind the scenes of their SXSW adventure 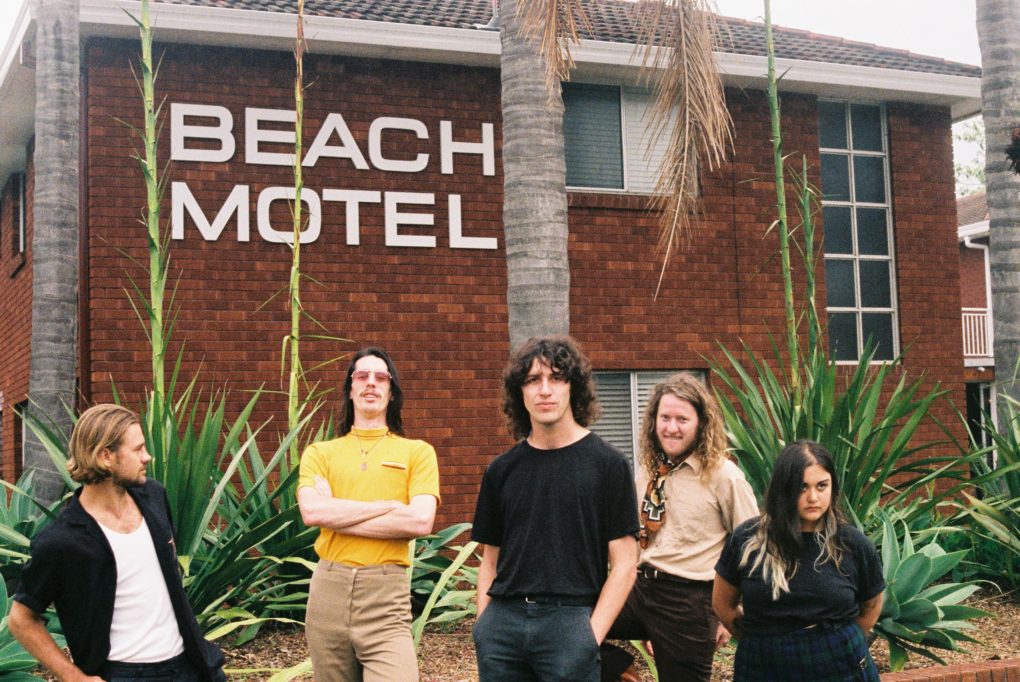 We might only be in April, but Illawara rockers The Pinheads have already had a busy year. Freshly returned to Australia from a scorching run of shows in Austin for SXSW, the band have dropped new single “Feel It Now” – another hint at what to expect from their forthcoming sophomore album, Is This Real, which is set for release at the end of May.

The band have also dropped an accompanying video clip, filmed across a night on the streets of Austin (which you can check out below). Whilst the band were in Austin for SXSW, they kindly compiled this tour diary, giving us an exclusive look behind the scenes at their time at the iconic festival.

Whilst there will undoubtedly be tour dates to come in support of the new album, a bit closer to home the band recently performed at the launch night for Panhead Custom Ales pop-up bar, The Workshop, at The Brighton Up Bar in Darlinghurst. Panhead will be running The Workshop every Thursday in April, with a selection of one-off limited edition beers, custom eats and live music. With two Thursdays left to go, head HERE for more information.

Get in the mood for the release of Is This Real in May and check out all the action from the band’s trip to Austin.

Hours later after hearing we’d come on the night of one of the U.S.A’s biggest rodeos we watched a sexy cowboy across the road dance on a corner with a boombox and a cane. I love Houston! 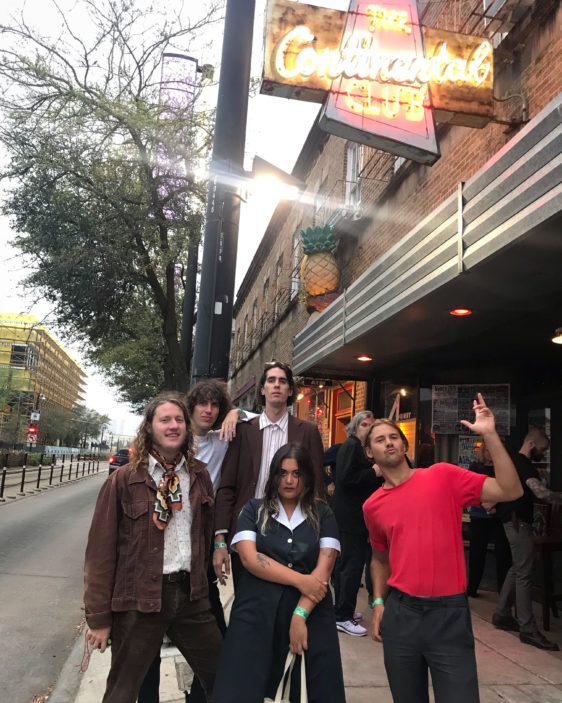 We ended up here just about every night 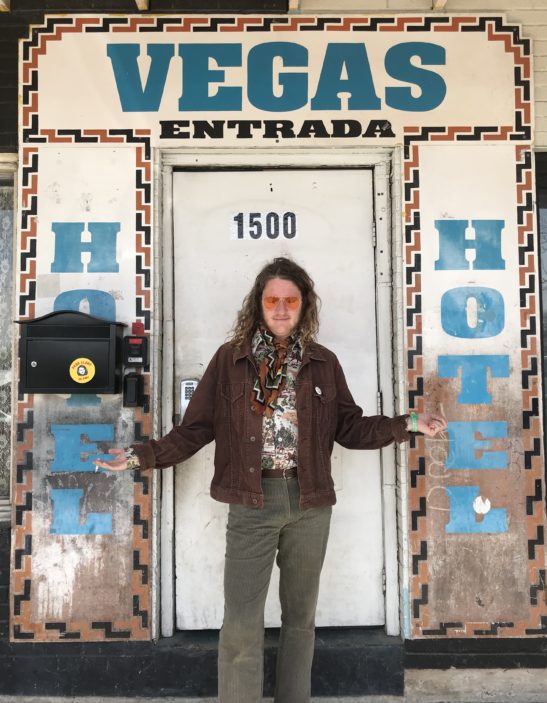 The Photo Booth inside Barracuda

It was Al’s birthday! The clock had struck 12 and he was elated at the realisation that he could no longer be a part of the 27 Club. White lighters were to be feared no more! High on the thought of life and living, Tun suggested we all squeeze into the photobooth. 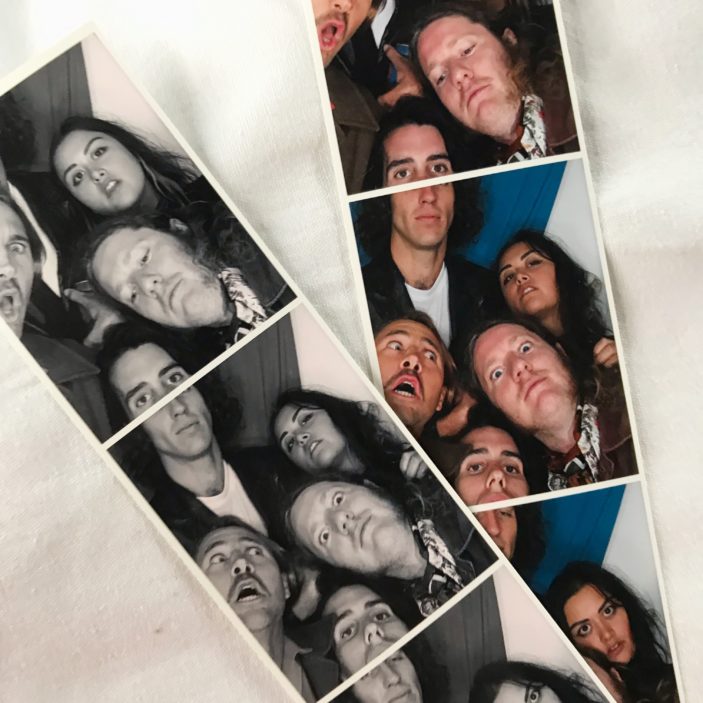 The 3 A.M queue for Whataburger. The gatorade gave off a dangerously fluorescent glow from inside a styrofoam cup. After deciding on a jalapeño biscuit instead of a burger bun we realised we were no longer human. 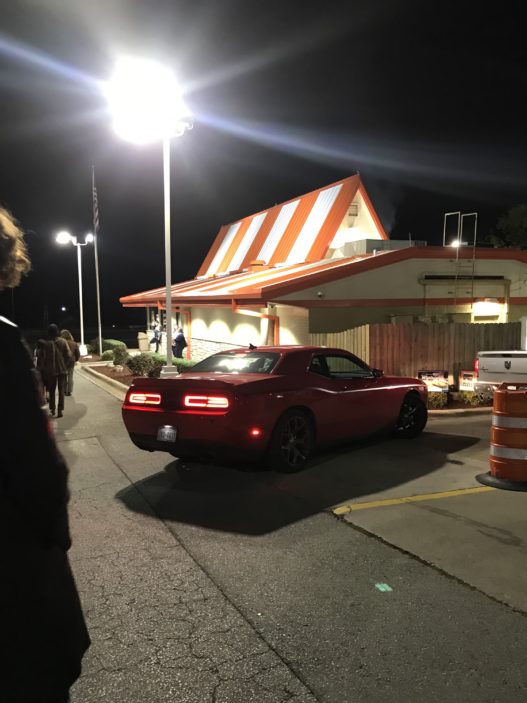 We rolled in at around 3am – hungry, confused and excited. Perhaps even slightly delirious. Our server was an absolute legend. How he had so much perk and sass at the ungodly hour had us baffled, but it put us in a good mood. Pancakes, shakes and coffees all round, it was another post SX family debrief in all it’s greasy glory. We tipped generously. We’ll never forget you, Denny’s guy. 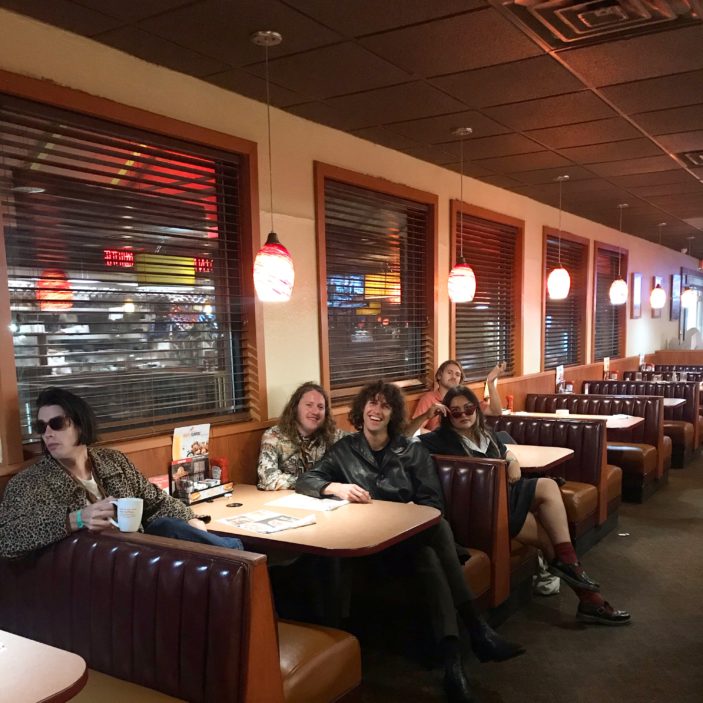 Denny’s aftermath. Our house only had one working toilet. 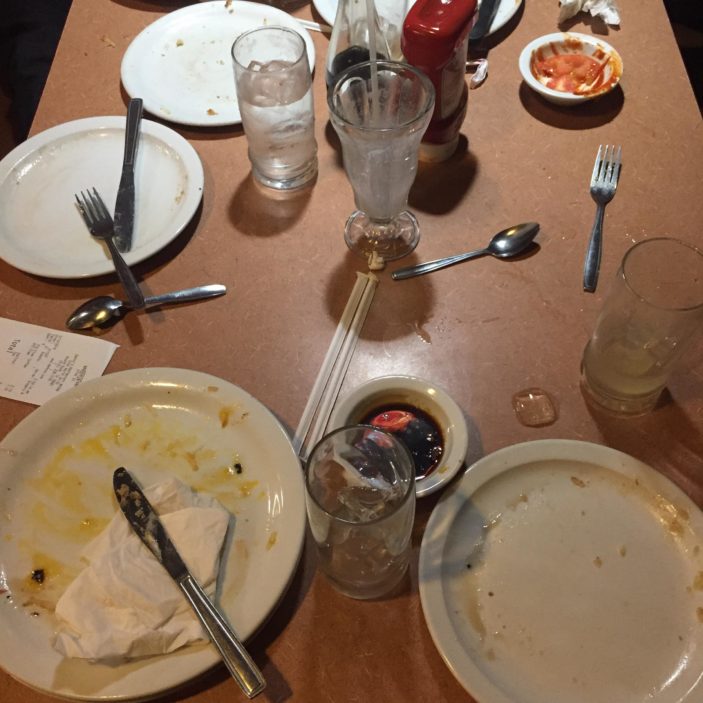 Group love in downtown Austin!!!
Many pythons around necks and free-styling on the corner along this strip. 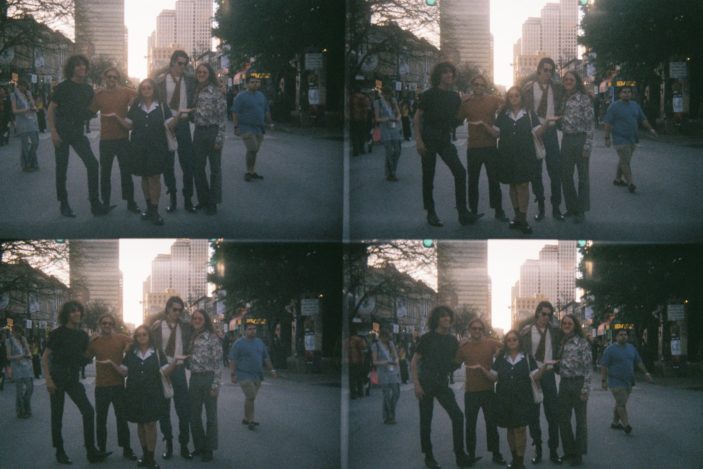 South by was almost a pizza tour of Austin, enhanced by the complementary sprinkling of really good bands. After acquiring an appetite one could only build up by partaking in rock ’n’ roll related activities, we made the mad dash to the pizza truck across the road only to find out they were down to their last six slices. The Satan given pilgrim in front of us bought them all and dished them out like the anti-messiah. A true highlight and a superior slice. 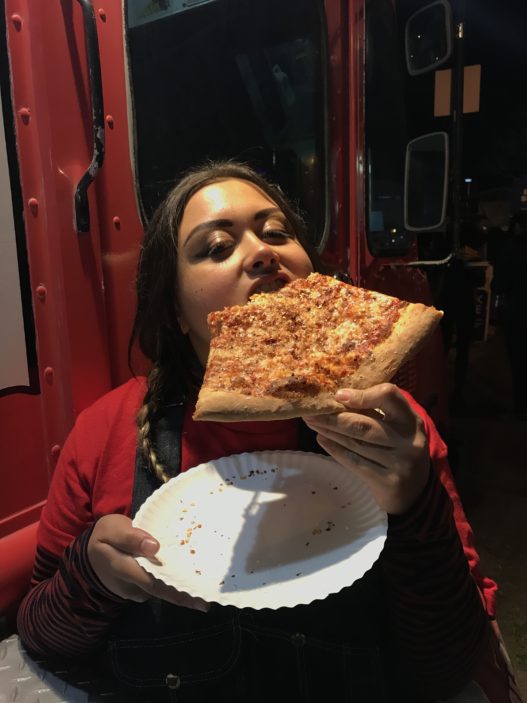 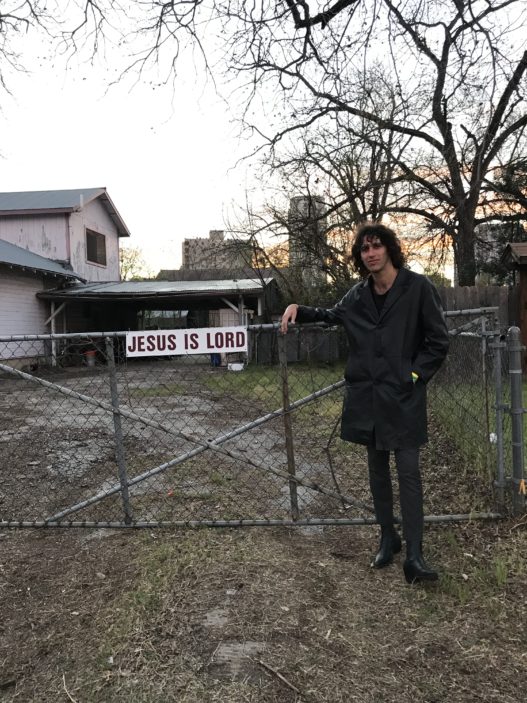 At a Diner, A cup of coffee is never half empty. Watery diner coffee is the only way to deal with jet lag but we couldn’t sleep til about 4 every morning because of it. 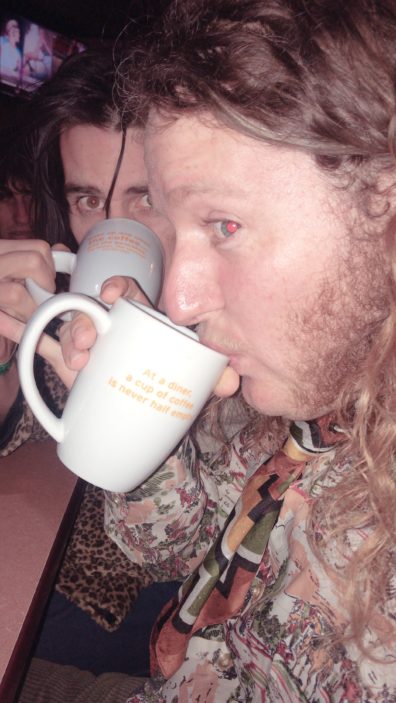 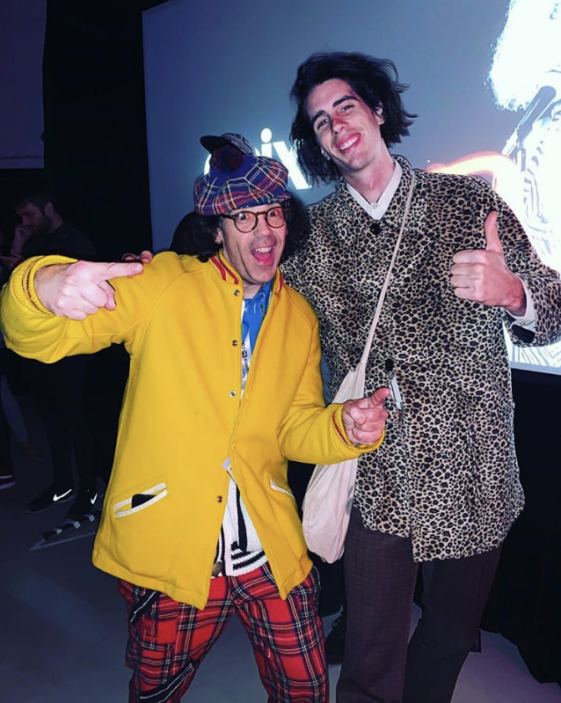 Train tracks and water tower in a town somewhere between Austin and Dallas.

The drive back to Dallas to get a plane home was bittersweet. We were exhausted, yes, but we also felt like we hadn’t seen as much of Texas as we wanted to. Desperate for a taste of rural Texas, we took a random turn off. This was the kind of town you see in the movies. Old houses, dogs barking and the odd pick up truck rumbling through. 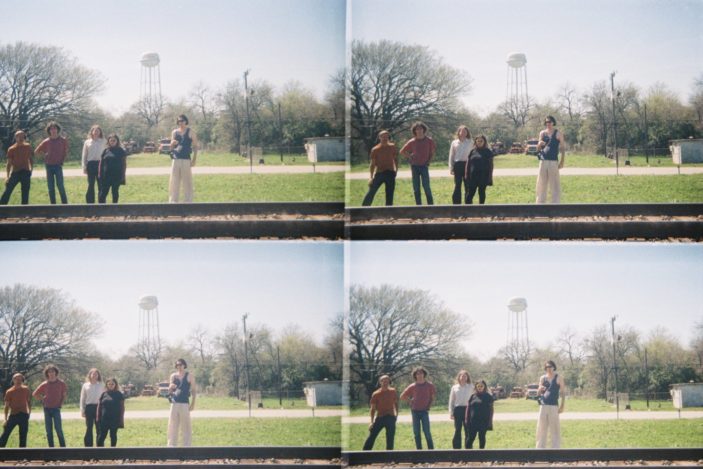 Gimme Some Money.
Me and Jez snuck off to a sweltering hot portaloo to cover his body in demands for Burgermania. Also written down his arms are ‘Buy Me-A Beer’ and someone actually did, mid-set. Southern hospitality! 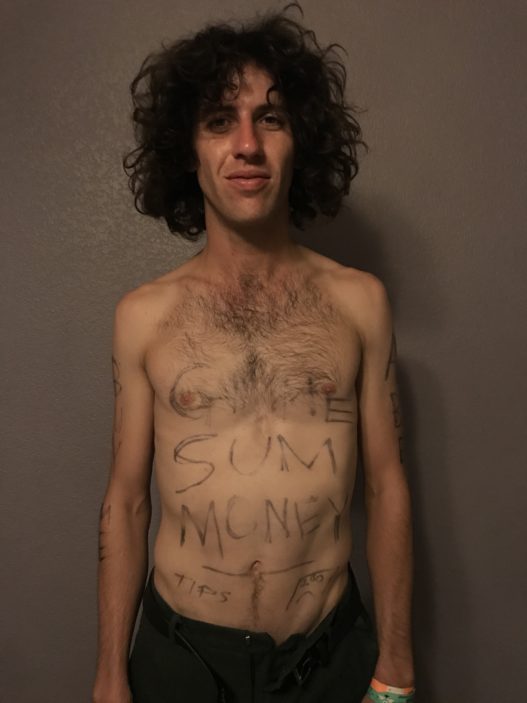 New single, “Feel It Now” is available now, whilst you can pre-order the new album Is This Real ahead of its release on May 24th HERE. You can also keep up to date with The Pinheads via Facebook, Twitter and Instagram