Long celebrated as one of Adelaide’s leading festivals, WOMADelaide have released the first thirty names for the 30th event in 2022.

Heading the line up is veteran performer Paul Kelly, who not only played at the inaugural event, but played on the one-off WOMAD Indian-Pacific train trip from Perth to Pimba in 1996, and at the 1997 and 2006 festivals. The Adelaide-born performer has been a consistent performer over his award-winning career.

Young MC Baker Boy (Danzal Baker) heads up one of the strongest Indigenous line-ups in the festival’s history.

Baker Boy is nominated for three 2021 National Indigenous Music Awards and the J Award for Australian Album of the Year for his debut album Gela. He will be joined by breakout act King Stingray and one of Australia’s most remarkable voices Emma Donovan, performing with The Putbacks. Local heroes Electric Fields will perform with Antara singers and Tjarutja First Nations Dance Collective.

More names are due to be announced in December.

WOMADelaide takes place from 11th to the 14th of March 2022 at the Botanic Park, Adelaide, South Australia. For tickets and information visit: www.womadelaide.com.au. 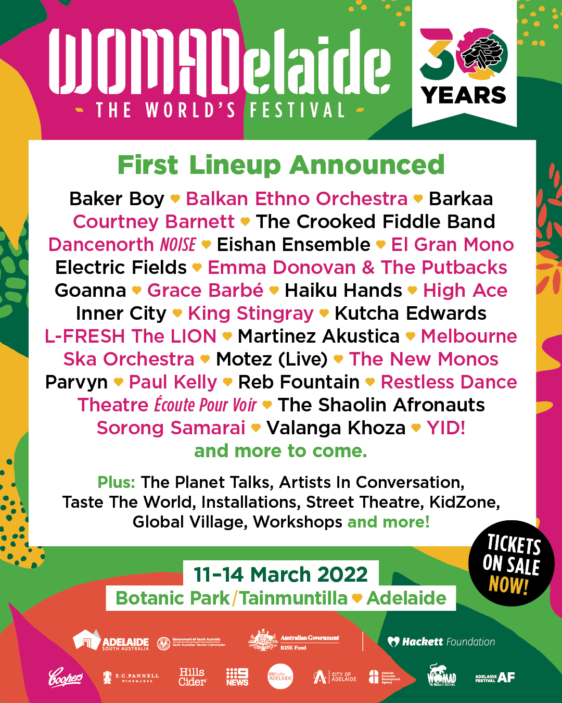