Alt rockers The Wrecks guide us through sophomore album Sonder 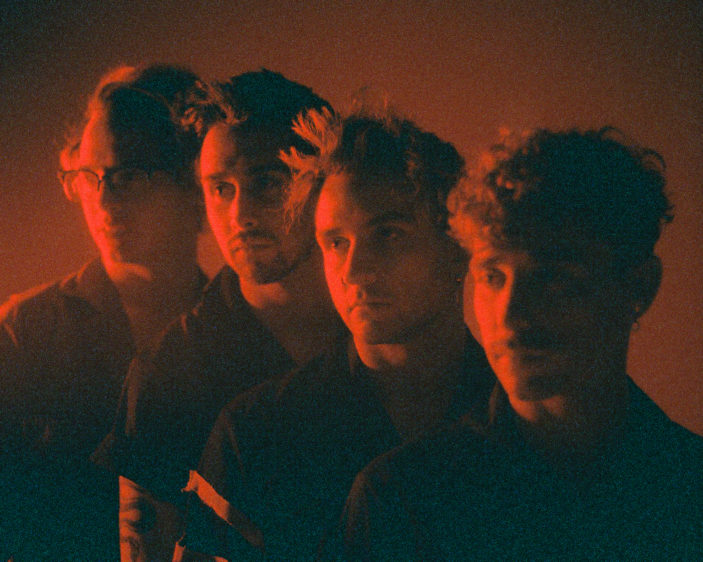 Last week saw Los Angeles alt rockers The Wrecks release their sophomore album Sonder. A couple of years in the making, the album builds upon the solid foundation of their debut album Infinitely Ordinary, released in 2020 and their earlier EPs.

On Sonder the band have teamed up with producers Westen Weiss (Camila Cabello, Post Malone) and Dillon Deskin (Flo Ride) on a select number of tracks to expand their sound further.

Since their debut, the band have been racking up a sizeable fan base. Their debut single “Favourite Liar” currently has over 36 million streams on Spotify. They’re also selling tickets. They kicked off their Better Than Ever headlining tour across the US last week, with multiple shows sold out and extra dates added in some cities. And, listening to Sonder, it’s pretty clear why. This is alt rock at its best. Delivered with style and swagger Sonder is a bold and fun listen.

To celebrate the album’s release vocalist and producer Nick Anderson is kindly on hand to take us behind the scenes and walk us through the album track by track:

Making this album was a very difficult, sleepless journey that took a lot out of me, but each day and night throughout that process, I could see the light at the end of the tunnel. 5am would roll around and I’d be sitting in my studio next to my snoring puppy trying to perfect the same guitar take that I began attempting two hours before then. It was a lonely, emotional, angry, sleepy, and loud process. But I knew I was onto something with this new music, and every fiber of my being wanted to see it through. I haven’t felt this excited or optimistic about releasing a body of work in my entire career. This album feels a lot like a return to the writing process I had when the band first started, while also benefiting from what I’ve learned over the years regarding production. There’s something for everyone on Sonder, and I hope the right songs find the right people when it comes out.

“Sonder” was the first track I started working on for the album. I was working on a club track, the beginning of this song is a blown out 808 from that. But, I decided to switch it up and make a pop-punk song instead.

There is usually one song per record where the lyrics are improvised and that was the case with Sonder, where I improvised the verses. I knew I wanted to name the song Sonder before it even had a chorus. Knowing that is what motivated me to finish the song.

I probably wouldn’t have finished the song if it wasn’t called Sonder. I wanted to put in on the record so bad, for the namesake of it.

“I Love This Part”

Within days of returning home from tour with three less roommates and one less girlfriend than when I left, I had two choices: lay in bed miserable, or make this song. “I Love This Part” was liberating for me emotionally and musically.

There was a fire in me while making this record that I hadn’t felt in years. I remember the night I wrote the majority of the song and recorded the vocals; I cried, I laughed, I yelled – I let all of my intrusive thoughts in, I let myself be angry, be sad, be spiteful, be free. The chip on my shoulder was my petty co-pilot and I was able to access some repressed angst that I surely thought I abandoned in high school. I rediscovered old parts of myself, melodies and energies that I didn’t think were still at my disposal, while also pushing new boundaries sonically for our band.

This song means a lot to me, because a lot like the earliest Wrecks songs, it kept my head above water and helped me cope during a very difficult time. Not only that, but it inspired and set the tone for the rest of the upcoming album.

“Where are You Now? (feat. girlhouse)”

I wrote the chorus to “Where Are You Now” only two weeks after our last album Infinitely Ordinary came out in May 2020. But, it wasn’t until March 2022 that I would put together its final pieces.

The initial demo was met with excitement from our managers and label, but it was also met with suggestions and notes from everyone. Every time I went to work on the track after that, I felt like I was trying to fix things to appease the tastes of an entire room of people. Next comes 14 different versions of the song, with new structures and tempos and drum parts, and still the track just sat on my hard drive as we released other music, because I was happy with where the track was going.

After taking a break and leaving the song alone for six or seven months, I revisited it with a clear head and all the answers. I ended up reverting mostly back to the original direction I had in my mind for the track, and worked on it until that idea was fully realized. The last two pieces we added that really solidified the track for me were Billy’s live drums, and the feature from girlhouse. The drums really made it come to life, and Lauren’s part glues the whole track together for me. I love her voice and her music, and I’m so happy with how this feature turned out.

This song has been haunting me for almost two years. It feels nice to be breaking the curse and finally putting it out.

“Don’t Be Scared” was written on the same day & time as “Lone Survivor”. Schmizz, Caleb, and Spencer were working in the adjacent studio on this track in particular. I was bouncing back and forth between studios all day, and came in & wrote the chorus in three minutes.

The lyrics were a collaborative effort with everyone pitching ideas & them all working all at once. It took five minutes to write the rest of the song. The production of this song took place six months later. Spencer & Robert took the track to another level, giving it a unique flair that we don’t usually have in Wrecks songs.

“Unholy” was the last track I finished for the album. I wrote this song in my grandma’s kitchen at 2am while visiting home. I was standing over the stove playing the song really softly & singing quietly because I didn’t want to wake up my 2 month old puppy upstairs, and grandma sleeping downstairs.

There is a key change going into the first chorus because I was playing so quietly, I didn’t realize I was modulating. When I came back to this song the next day, I realized the change and decided to make that work. In terms of the production, I spent quite a bit of time on this, as I wanted to make it cinematic & big. It’s one of my most ambitious productions yet.

Compatibility is overlooked in relationships as each person can communicate, and communication should be natural. I think that political and societal ideologies can play an important role in compatibility. When there is a disconnect there only communication can save that relationship; I would rather communicate differing opinions than not to talk about it at all.

I wrote “Unrequited” with Savannah Bleu. We don’t write together often but four of the songs on this record were written with her. I showed this track to Aaron when I finished the demo, and got vibe that he didn’t like it. Aaron is like the initial north star. He likes almost everything, but how he likes it is important. So I shelved the song, and I was insecure about this track ever since then. I didn’t even consider putting this on the record until three months later Aaron asked about what I’m doing with the song.

During tour, Aaron was listening to the song a bunch of time & ended up becoming one of his favourites. It was hilarious and frustrating to have his opinion switch cause then I had to redefine if I liked. It made the record because I worked on it a little bit more. Maybe it will be a slow burner type of song for everybody.

“No Place I’d Rather Be”

“No Place I’d Rather Be” is one of the older tracks on this record. I wrote this song in 2020 around the same time as “Where Are You Now?”. This track was really long initially before I cut it down, but funny enough, the chord progression took longer to write than all the lyrics. I wanted to add in some cool production elements, so the synth lead solo is actually a guitar being auto-tuned.

“Ugly Side” was the fastest to write, despite having the most lyrics out of any song on the record. I had all the verses and bridge all written in one go in the course of ten minutes. I typed out all the lyrics without stopping and found the structure later.

I didn’t even know what I was getting at with the lyrics until Savannah told me what my song was about. She is great with themes and tying everything together, and so writing the chorus together happened really quickly.

This track is almost asking someone to show you the bad parts of them, their ugly side, in order to understand each other and communicate with each other to see if they are compatible.

I wrote “Normal” while we were on tour. We had our Seattle show that day, and I went to see a friend before the show. She had a great big piano at her house, and finding pianos on tour is fun because I somehow always have cool ideas when presented with a random piano.

There’s never an unhealthier time to examine yourself and your self worth then during the aftermath of a breakup. I did it anyway and wrote was I was feeling on that rainy Seattle day. It’s hard not to throw yourself a pity party sometimes, the issues of dissociating and self-loathing comes with that, seeing yourself in a distorted lens. This song is an honest articulation of that — no happy ending, just how I was feeling at the time.

Lone Survivor is a testament to feeling empowered by your independence in the aftermath of a breakup. The energy of this song was swimming through my veins for a few days before writing it, so when the time came for me to get in the booth and write the melody and lyrics, a lot of it came out right away.

Collaborating with Westen Weiss and Dillon Deskin on the production was a treat. They’re both such talented producers and put their touch on this record in a very natural way, which allowed me to focus more on the songwriting, rather than hyper-focusing on minute production details like usual.

I also benefited from the lyrical help of Savannah Bleu, with whom I’ve written in the past, to keep the thematic train on the tracks per se. I think this song is a step in a very natural direction for us, and I’m excited for our fans to hear it.