ABC TV and Mushroom Studios’ The Sound is returning for its 3rd season this weekend, just in time for Ausmusic Month. And they’ve got a stacked lineup for its season premiere.

Series 3 promises to be focused on the live performances, with a  big-name guest dropping in to chat with one of the featured acts. This week the guest is comedian, podcaster, radio and television star, Andy Lee.

A live performance from Vance Joy at the iconic La Paloma Dance Hall in Spain will feature this week. With 5 x ARIA nominations in 2021, including Best Artist, Best Pop Release, Song of the Year, Best Independent Release and Best Video, Vance Joy is one of Australia’s most popular artists.

Returning to The Sound this week will be Vera Blue, with a performance of her new single, “Temper”.  Filmed on Sydney Harbour, it’s one to keep an eye out for.

West Australian four-piece, Spacey Jane had a cracking 2020, with their debut album, Sunlight, achieving four singles in triple j’s Hottest 100, including “Booster Seat” which landed the #2 spot. Their latest track, “Lunchtime” will be shown, and was filmed at the WA carbon-negative venue, Red Hill Auditorium.

We’ve been fans of surf-rockers King Stingray since we heard their debut track “Hey Wanhaka” back in October of 2020. There is an interview with the band, who are currently on a tour of Queensland, and a live performance from the Gold Coast.

There will be also a tribute to the great Kasey Chambers, with a collaboration between Kevin Mitchell (Bob Evans, Jebediah), Charlie Collins, Lisa Mitchell with Sam Teskey (The Teskey Brothers). 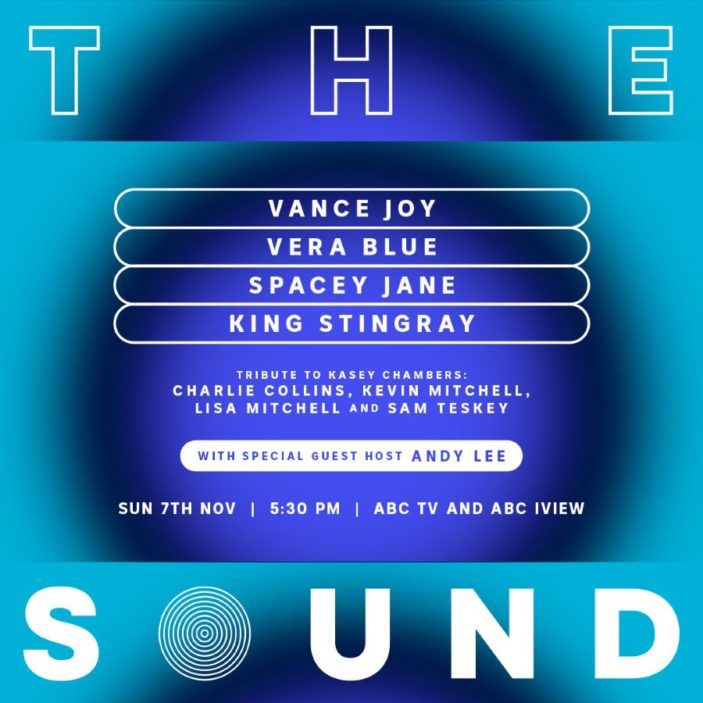 Tune in for The Sound during Ausmusic Month – Sunday 7 November at 5.30pm on ABC TV and ABC iview