Considering that your dear writer was up until 1:25am last night, it would be good to assume that grogginess would take over on day two. But never fear! There is a feeling of invincibility in me at the moment. But it should be noted that there should be emphasis on the words ‘at the moment’. Grogginess will take over sometime, but let us not dwell on that, there is music goodness to report on!

A panel talking about the supposed death of A&R was a nice ease into the day. Featuring Eric McLellan from Sony, Jamie Farkas from VICE, A&R legend Michael Goldstone, Adam Herzog from Warner Music and music lawyer David Jacobs. The panel talked about some intriguing new ways that A&R works in the music industry. Much discussion was focused on whether people should sign bands based on music as opposed to style, but in the end the panel concluded with Goldstone saying that if people kept fighting the good fight A&R will never die. 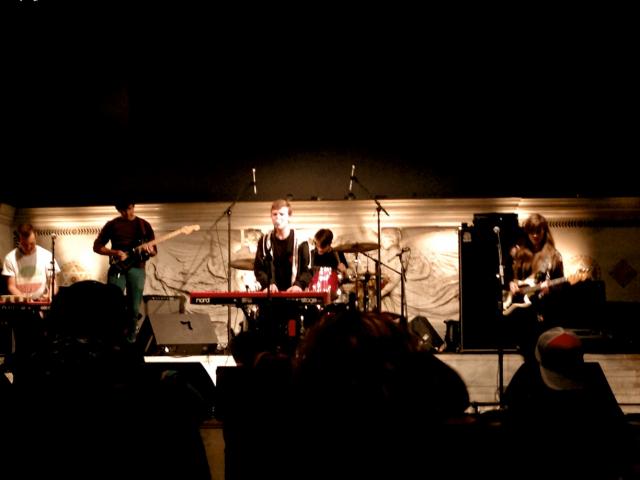 Next door in the Judson Church, Melbourne band Cub Sport performed as part of their KEXP live showcase shows. They made cute music for people probably appropriate for their age actually. Dueling keyboards plus lyrics about dogs and going to school made for a weird showcase for the older members of the crowd (which I was a part of – oh the hurt of writing that). 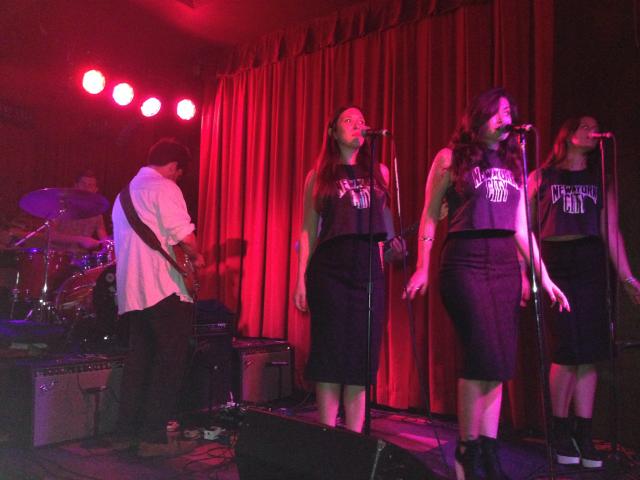 Lily And The Parlour Tricks showed a bit more sass and swing about themselves down at Tammany Hall. The weird, skinny stage made for an oddly shaped performance. The drummer looked all-lonely on his raised platform closed off rom fifty percent of the crowd. Regardless, the powerful voices of Lily and her backing group of musicians and vocalists rumbled through the PA system. Their forthcoming EP is due out pretty soon.

Back into the quietness of the conference, the Breaking it in America panel -featuring Tom Youngson from Saiko Management, well known for touring Lorde and other NZ acts, and Matthew Covey, who runs a business that sorts out visas for touring musicians. Insightful advice about visas to resourceful discussions on research about the cities to play to blasted around the room with eclectic voices. It was nice to know it was all in the pursuit of a better understanding the American music industry education, which certainly is a hard nut to crack.

A feed from an oily fast food joint and a nice smoothie later, I found myself down at Bowtie Cinemas on 23rd St for something a little different. A special advance screening of The Secret Life of Walter Mitty for CMJ badge holders was touted prior to many of the panels, and it proved a nice break from all the music madness. We obviously can’t say much about the movie prior to its Christmas release, but the experience of sitting in relaxing chairs for a few hours was nice respite to the fervent showcases of CMJ. 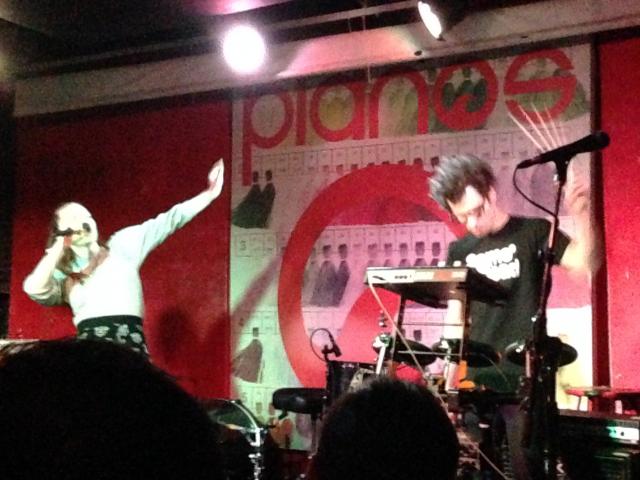 After getting lost in the New York streets, only a couple more acts would do for this Wednesday night. So it was to the very crowded Pianos (to the point of being dangerous) to see ASTR, a duo found within a yoga class. It certainly was a night of moving your body in different directions in a danceable kind of way though as lead singer Zoe sung catchy lines with every song. The hot and sweaty room moved their bodies along with them. Beautiful crowd unity is a wonderful thing to behold and a nice thing to finish the very late night upon – even if it’s a fire trap of a venue.