Staying up until 3am last night broke the record of staying up until 1am on the 16th October for me. The range of places that I went to varied insanely – too much probably. Going from living-room sized tiled rooms underneath restaurants to larger rooms that could fill hundreds of people was an experience and a half for a music lover like. But there was a downside, that being that my head was spinning, I’m getting a sore throat and I think I’m dying in one slow churning process because of it. 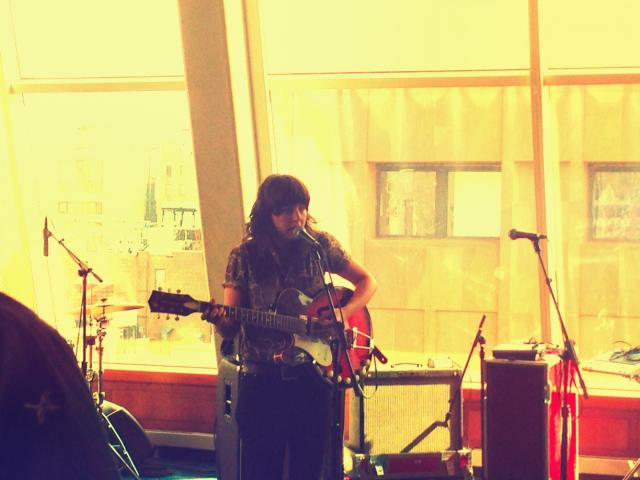 First thing for the day was a little bit of local indulgence for me, but for the artists, it was an opportunity to play amongst the brightest talents in the radio industry in the USA. Sounds Australia put on a special showcase of Australian artists as part of the College Day shenanigans at the NYU Kimmel Centre, where Courtney Barnett, Geoffrey O’Conner, Tigertown, and Gossling all provided two songs for the young crowd. It was weird to witness the set up for all of these artists’ sets lasting as long as the set themselves.

Considering that I work within radio back home in Australia, it was interesting to see how US College stations work with their internal politics and student rotations. Representatives from WFMU, BERN, and WSOU went through contrasting arguments about how to program station formats and whether it was relevant for todays music lovers. The general consensus made was that it is relevant as long as you believe in what you do. This is true whether it was Internet streaming or programming a metal station at a Christian university!

More panels of talk (and especially research presentation) was next up on the agenda, with a session about emerging music markets overseas with executives like Cathy Bauer from Daptone Records and Rich Beingloff from the American Association of Independent Music taking data and grilling over them in the most intricate way. Because of this session, I now know that Brazil is the 8th largest music market in the world, and that in India, music piracy is rife, but huge money in the subcontinent can be made with music if marketed and promoted in the right areas.

Now that my brain is fried after the indulging of that information, it was now time to indulge in music and alcohol (which does other things to the brain, but I don’t think I’ll go into that here). First stop was The Living Room, where I saw a very new band and unusually named Weird Uncles – a collective of musicians playing covers and other short original tunes in a swinging style. Fun times for an afternoon set – and I can now say I’ve heard an elevator music version of Black Hole Sun by Soundgarden. 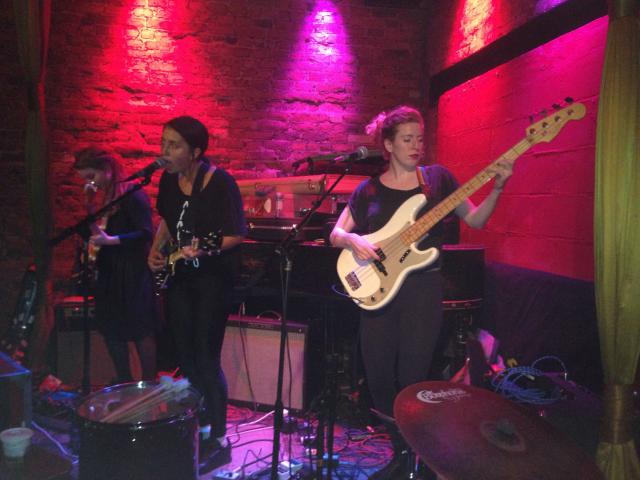 It was then to stage one at the Rockwood Music Hall, where the echoes of electric mandolins waved through the tiny room care of Landscapes. I was so fascinated by the sounds coming from the PA system more than the songs weirdly and found myself gazing at the amount of pedals used to evoke that timbre of their music. I do remember their melodies being wonderfully crafted though! I’ll have to go and get a copy of their album Life Gone Wrong to pay attention to the songs more. 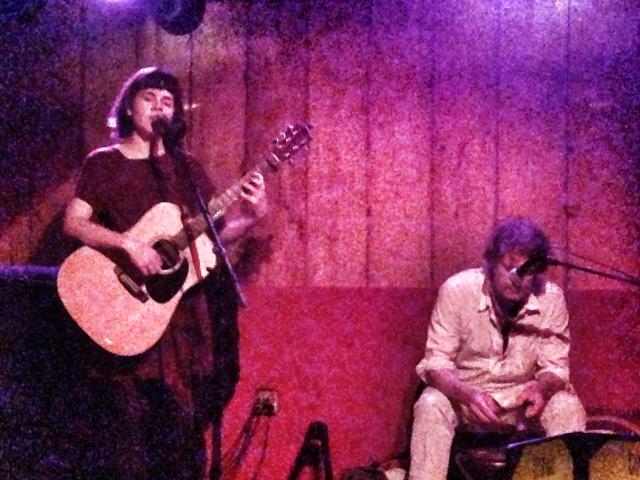 Hearts figuratively melted during Tiny Ruins’ set downstairs at the same venue. It was just simply a perfect setting and a voice that you can fall in love with many times over. Auckland musician & songwriter Hollie Fullbrook should be wrapped up as a musical present and sent to any relationship that is on the verge of a breakup. Then be instructed to get them back together through song. This was surely a stellar highlight in the marathon of sounds. 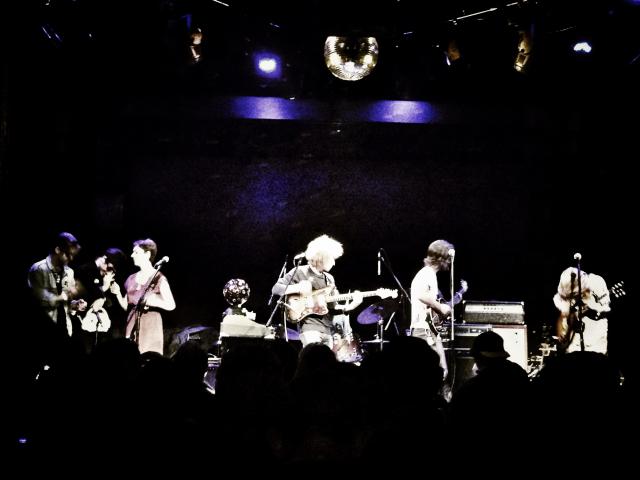 Moving onto the famous coolsie haunt of the Bowery for a serving of indie by Real Estate and Jonathon Rado & the Gentlemens. Rado’s band was a combination of oddity and noodling with a tinge of psych. Off to the side of the stage were two guys – which could be more aptly described as a distraction – doing nothing more than yelling in a toy radio and holding it up to a microphone. Around them were members jigging around singing songs full of reverb and long, overboard jams. They’d be better served if they got rid of the band matters that had no place up on stage.

Real Estate on the other hand had new packaged, tight songs that were being tested in front an eager crowd. This was the beginning of a short US tour for them and we were getting a taste from a forthcoming album to be released next year. It seemed that they are not straying away from the well-received path that they’ve made for themselves in the path, which was a little underwhelming. But the audience was wooing and cheering, the band thanked them after every three-minute song, and all was good in this hour of music, so kudos to them.

It was then off to my final venue of the night, the very homely Klimat, where a trip downstairs saw a few NZ and Australian acts play to a very small but warm crowd. Eden Mullholand provided some quirky loopy pop. The atmospheric guitar with the beats-y box drumming from Eden’s ‘assistant’ provided for some pretty intriguing listening. 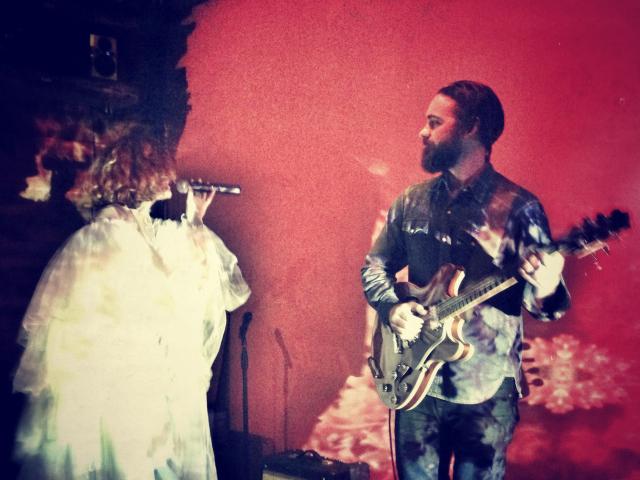 After Eden was where I started to get a bit murky in my head. It was 1:30am, and my insides were asking why I wasn’t in bed right now. I feel I owe an apology to Sydney outfit Ginger & The Ghost. I think I fell asleep during their set (the above photo I believe was taken just before nodding off). No reflection on the band whatsoever, because from the moments that I remember of their performance, they had this spacial electronic wonder. I was just so tired and wanted to get home to sleep. Here’s hoping to see them at the Aussie BBQ on Saturday.

Friday, Saturday and Sunday will be much more sedate than last night. Did I mention that I think I’m dying?