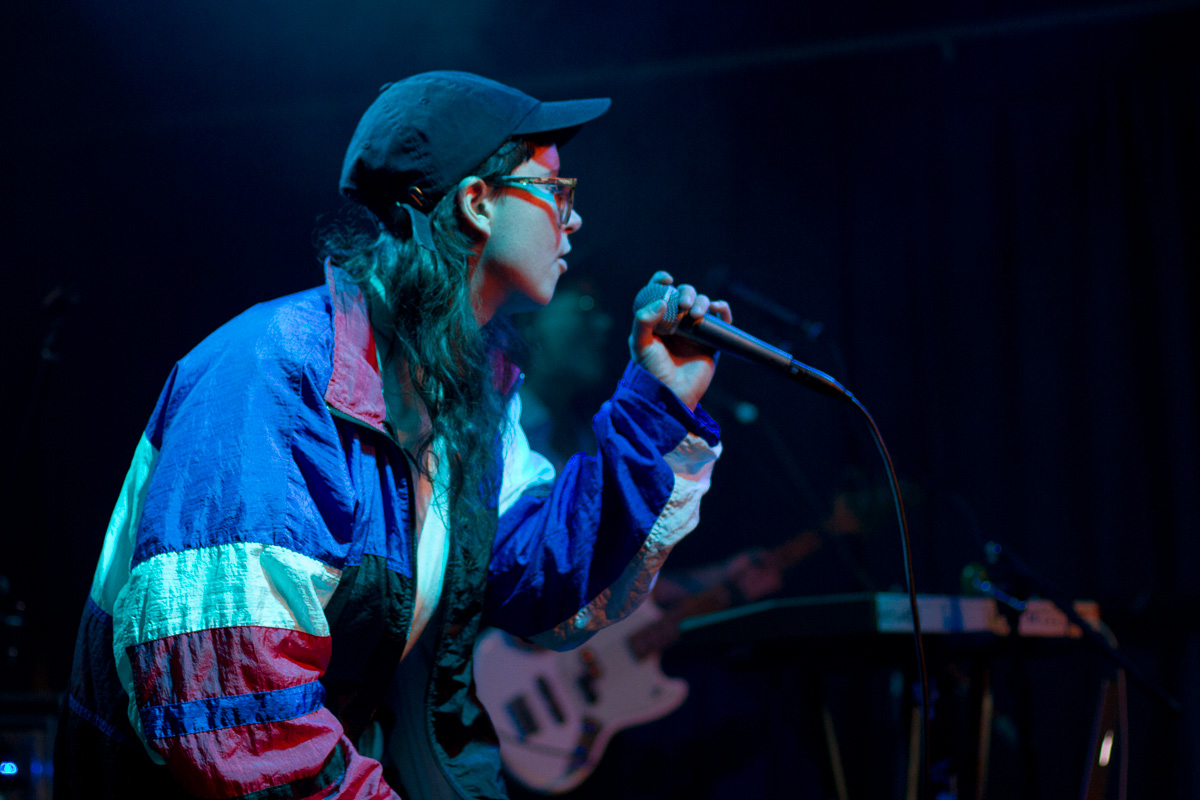 Brisbane’s BIGSOUND festival has long brought the best up-and-coming acts to the attention of the music world. For the 2018 edition, gig-goers took in as many as they could of the 150 scheduled acts that performed on 18 stages across Fortitude Valley. Past BIGSOUNDs have introduced the likes of Confidence Man, Alex Lahey, Tkay Maidza and more.

Some of the best BIGSOUND 2018 moments came by surprise, including Perth dream-poppers Mosquito Coast and Melbourne slackers RAT!hammock. But the first to catch my attention were Wollongong duo Cry Club when they laid waste to Netherworld’s arcade. I knew I had to see more at their later set at The Zoo.

The pair of vocalist Heather and guitarist Jono combined shoegaze guitars and 80s-pop melodies for arena-sized songs. Along with massive hooks, they showcased their massive energy, swinging their limbs as they jerked to their drum machine’s beats. Most impressive was Heather, who was overcoming bronchitis and laryngitis. The sipping of coconut water throughout seemed to help as Heather’s voice soared throughout. If illness can’t stop them from performing, nothing will prevent them from being huge.

For more on Cry Club head to their Facebook Page.

Brisbane sextet Nice Biscuit proved a curious sight during their Famous Nightclub set. Singers Billie and Grace sported matching pink hair and frilly outfits, while their bandmates were covered in what looked like alfoil.

However, their costumes never distracted from the psychedelic maelstrom of surf rock. As the band laid out a krautrock groove, two dancers with hula hoops jumped into the nodding crowd. “No one can escape us,” Billie and Grace harmonised, and no one amongst the engaged crowd would want to try.

The AU Review named Kiwi noise trio Wax Chattels as one of our must-sees, but we weren’t prepared for the intensity of what we saw. Their grimy music spewed from The Foundry, led by the horror film keys of Peter Ruddell. Ruddell slammed his fists onto his instrument while staring wide-eyed at the crowd. The rhythm section of bassist Amanda Cheng and drummer Tom Leggett matched Ruddell’s fury, especially Leggett whose cymbals were chipping away to pieces from the force of his hits.

You can find out more about the band on their Facebook

Getting into the Hey Ya Bar for Carla Geneve’s set involved a lot of squeezing through the packed crowd. Obviously there was a lot of buzz for the Perth singer-songwriter, and she showed just why with her slice-of-life lyricism and rocking guitar. What was most astonishing was how accomplished the 19-year-old’s songs were, packing in lots of great lyrics and observations. Geneve will blow up fast like fellow Aussie songsmith Courtney Barnett. You can keep up to date with all of Carla’s goings-ons across on her Facebook.

Sydney singer-songwriter Caitlin Park debuted her new project at BIGSOUND, the tomboy-pop HANDSOME. By her final set at The Woolly Mammoth she picked up a lot of fans, all gathered for one last dance. Park was upbeat from the start, dancing to the beats her bandmates played. She kept inviting the crowd to come closer; feeling welcomed, they lost themselves to the music.

By the time of new single “No Cowards”, Park pulled one lucky fan up to the stage to dance with her. That song was only released a fortnight ago, but the crowd was full of people singing every word – surely a sign of big things to come. Check out there Facebook HERE

And finally, there’s Brisbane act Hazlett, who in the past has worked as a ghostwriter-for-hire, and has recently emerged from some time in Sweden with the Hazlett moniker in tow.

Given his background, his adeptness to a catchy, pop sound is unsurprising; the man knows how to write a song. But it was his vocal delivery that blew us away in the Black Bear Lodge. And bringing Asha Jefferies on to join him was a wonderful bonus; the voices soaring together.

An act to keep a very close eye on. So be sure to keep on eye on their socials.