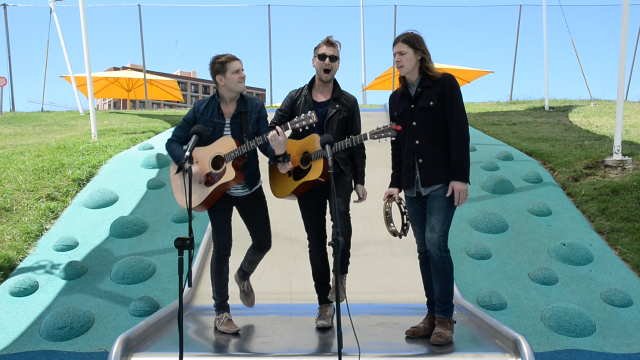 US rock group needtobreathe are currently touring Australia for the first time as part of a run of special shows for World Vision. They stopped by the AU review to record two tracks for the AU sessions series, featuring artists from around the world performing intimately, acoustically and exclusively. In this video, three parts of the group perform their track “Brother”, while standing on top of a slide in a park in Sydney, Australia.