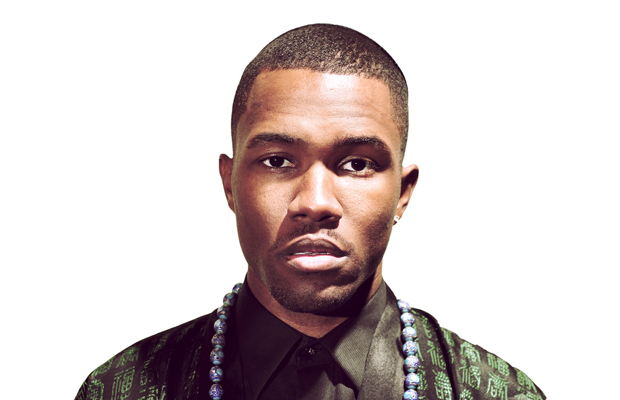 Already into the second half of the year and what a month it was!

In what is shaping up to become the more conventional way to circulate the news of a festival line-up announcement, the Big Day Out organisers did just by hinting that at midnight on July 16, we were to find out the extensive list of international and local attendees. For many insomniacs, they learned that Red Hot Chili Peppers and The Killers were pipped to the post as headliners of the biggest music event in Australia. The full line-up can be seen here: 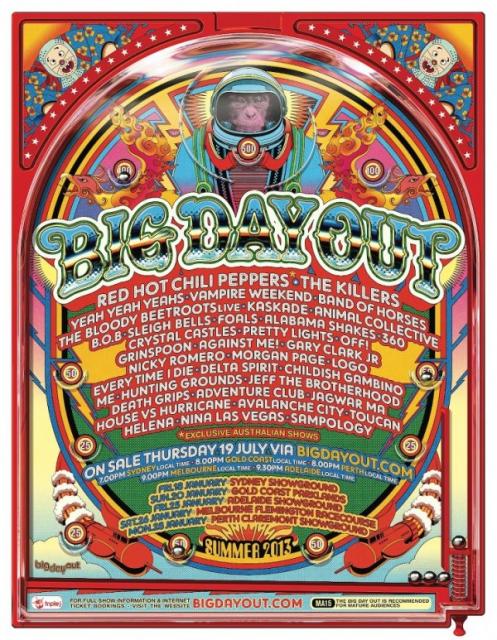 On July 28, 1987, the world became introduced to the petite prowess of Kylie Minogue when she determinedly delivered one of the biggest pop anthems from the ‘80s, “Locomotion”. In celebration of the 25 year anniversary of Miss Minogue’s debut single, Warner Music Australia announced they will release the ‘K25 Time Capsule’, a unique collector’s item, scheduled to be released in October.

Former Silverchair frontman, Daniel Johns, recently resurfaced with a new soundtrack in conjunction with Qantas to be broadcasted during the 2012 London Olympics as part of a new branding campaign. Entitled “Atlas”, Johns composed the track and worked with the Australian Chamber Orchestra to create a masterpiece that makes us feel proud to be Australian. Oath.

24-year-old R&B singer-songwriter and producer from New Orleans, Frank Ocean, created a storm of controversy by publicly declaring on his Tumblr blog on July 4 that his first love was a man. Many celebrities, including musician friend and collaborator, Tyler, the Creator, Chromeo and Def Jam co-owner, Russell Simmons, voiced their support for the hip-hop artist. His debut album, Channel Orange, was available one week later in the United States and July 20 in Australia. The LP has amassed a unanimous critical acclaim amongst all the top publications, including Billboard, Pitchfork, Rolling Stone and the New York Times.

A hail storm erupted on Friday afternoon in Belongil Fields, the once-again declared home of the annual Splendour in the Grass Festival. This news did not dampen the spirits of those who made the journey from neighbouring capital cities, states and territories to Byron Bay for three days of performances by Jack White, The Shins, At the Drive In, Smashing Pumpkins, Missy Higgins and many more established acts.

6. Missy Higgins returns to the spotlight… and fine form

This month sparks a triumphant return for the lady in waiting. Literally. After a self-imposed hiatus of five years from struggling to come to terms with her fame, the ‘Sound Of White’ singer has bounced back in spectacular fashion, with a No.1 spot on the Australian ARIA Chart after issuing her record The ’Ol Razzle Dazzle in the first week, and making her mark in the United States with a presence in the prestigious Billboard Top 100 at No.83 and most recently, performing on The Tonight Show with Jay Leno.

Arguably the most talked about woman in present-day pop music, Lana Del Rey, touched down in Australia to embark on her very first national tour to mixed reviews and reactions. The consensus for many was that paying $75 for a 50-minute set was a bit steep, despite the fact that the mysterious musician has only released one album. Fortunately, the redeeming focal point was on her trademark eccentric vocals.

British punk rockers, Chumbawamba, most notably remembered for their ‘90s pub anthem, “Tubthumping”, have sadly announced their decision to dissipate after 30 years on the scene. The most surprising part of this news is the notion of the band being around for so long, which is an impressive feat considering most of us have no idea what their other “hits” are.

The London 2012 Olympics ceremoniously got off to a rockin’ start, thanks to the input of Arctic Monkeys, Paul McCartney, Dizzee Rascal, Frank Turner, Mike Oldfield and Two Door Cinema Club’s Alex Trimble. It was culminated by the colossal closer of a classic hit as Paul McCartney sang “Hey Jude”. Let the games begin indeed!

10. Do Not Push – A Gotye Call Me Maybe Mashup by Pomplamoose

Two of the most overplayed songs over the last several months – Somebody That I Used To Know and Call Me Maybe – have been mashed up and served in a refreshingly different arrangement to sound less like their counterparts. In less than two weeks, the video has already been garnered more than 688,000 views. Whether you love it or hate it, you have to give them credit for the effort.