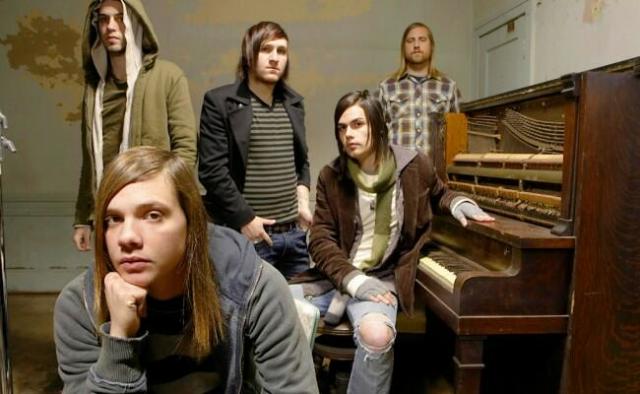 The Red Jumpsuit Apparatus, in connection with GiggedIn will be coming back to Australia to play a headline tour. Just officially announced today, the band has decided which cities they will play based on the amount of pledges from each city they received via GiggedIn. The band will also be showcasing their recently released EP, Et Tu Brute?, celebrating their 10th anniversary! Find out more about the tour below and the dates are at the end!

We’re really excited. First time in a long time, so it seems like a lot of our fans are excited too. So, it’s a good day to be a fan of the Jumpsuit I guess in Australia.

How long has it been since you have been down here.

It’s been about four years. Four or five.

And you’ll be touring the country with Giggedin pledges.

Yeah, it’s really radical man. Giggedin came up with this idea and there’s this whole little team we got going on. Our Australian team over there is really doing a great job for us. We’ve been in the band for 10 years, so we’ve been through major labels and independent labels. We’ve been doing everything over the past couple of years. So, it was a little bit weird thing at first – the idea. But that’s what we’re known for doing. I think it’s one of those things that people think ‘oh that’s never going to work,’ but so far we’ve gotten an overwhelming response. And everyone’s saying ‘who’s winning?’ ‘who’s winning?’ but we’re not going to tell anyone who’s winning. We’re just excited that people think it’s cool.

If there’s enough interest, would you add more dates to the tour?

Honestly, that’s definitely a possibility and we have discussed that. Really it’s about the pledges. People talk about pledging, they post about pledging, but do they pledge? It really is 100% legitimate. If you pledge it will happen. So, if we get overwhelming response then yeah we’ll add extra dates and we’ll make it happen. If there’s not then nothing personal no big deal. I think everybody will happy that way.

You’ve released a 10th anniversary EP, Et Tu Brute?, Can you talk about that?

Yeah, it’s doing well in the states and pretty awesome in the UK as well. We’ve been working with our producer David Bendeth. We knew when we went back with him we would literally just take where we left off. Because it’s the same dude. We just caught up and sat around for awhile and we picked up where we left off and just hit record and took up from where we left off.

What’s coming up for you guys later in the year?

We’re just going anywhere. We’re going all over the world with the EP. We just added a bunch of stuff in Europe. We’ll be playing in Russia, which we’ve never done before. We’re coming back to Australia for the first time in ages. We’re also coming back to South East Asia for the first time in about four or five years. So, don’t call it a comeback, but it’s looking like it might be one.

The dates have been announced! See the full tour dates here: