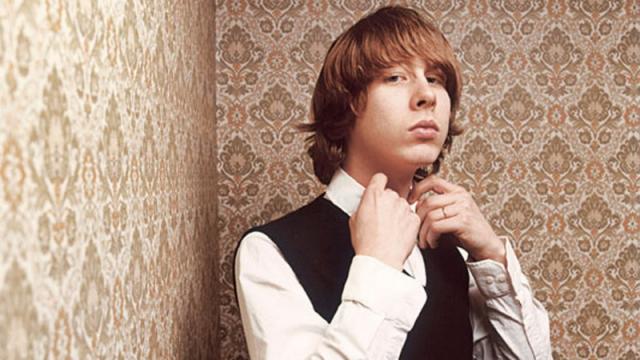 At the tender age of 30 Ben Kweller has carved himself a remarkable career that has been going strong for over a decade and captured hearts around the globe. The nice guy of rock and roll had a chat with the AU to discuss his new record, the upcoming Australian tour, stalkers and fermented soy beans. Read on…

Hi how are you?

That’s okay. It’s actually quite early in the morning here so it gave me time to finish off my coffee.

Oh there you go (laughs). What time is it?

It’s 8am, which is one of those hours that shouldn’t exist

Oh okay jeez, yeah seriously. I’m over here at a production warehouse where we’re going to be shooting a music video tomorrow so I came in for a production meeting and have been here all day checking out the lighting and all that stuff.

Cool. What’s the video for?

Sweet. Is everything ready for filming tomorrow, what’s the concept that you’ve gone with?

It’s this crazy concept from a photographer here in town. What he does is take photos of people and then he will take their feet and put them where their hands are. He basically reforms everybody so they look really deformed and weird. Like he’ll get rid of your legs and just put your feet right up to your hips it’s crazy. Its never been done before in a motion picture you know? He’s only ever done it with still photography so we’re making this crazy video with all these weird creatures. It’s kind of Beetlejuice looking which will be fun and I’ll be dancing, it’s going to be very bizarre and trippy.

Me too. I can’t wait to see how it turns out.

So whereabouts are you at the moment in a global sense?

I’m in Austin TX right now, which is where I live. So I’ve been here for a few days. The album came out last week. I was in New York and LA and San Francisco just kind of flying around doing promo. We actually went to Apple computer and played a show for all those guys which was crazy and cool.

Oh wow how did that go?

It was really fun. It was kind of weird actually cos we were in this big sort of performance space that they have and everyone was kind of on their lunch break eating pizza but it was really cool. We met a lot of people and got a tour of their whole facility which was interesting.

Which brings me to an important question – did you get some pizza at Apple?

(laughs) I got a little bit pizza yep and they gave us an iPod, we each got one which was pretty cool. I was impressed. Now I’m back home and we do this music video tomorrow and then on Wednesday I fly to Japan

That’s a busy schedule. So tell me about your new record Go Fly A Kite, what were the major influences behind the songs on the album?

It’s a really interesting record, it’s actually pretty dark a lot of the themes are kind of sad. A lot of the lyrics are about friendships that went bad and people who were in my life a few years ago that are gone, there are a lot of real stories. I’ve actually started getting phone calls from a few certain people who were all ‘dude what the fuck, why have you written this song about me?’ Like a lot of people think the song is about them, but they’re not. Which has been bizarre. I mean usually when you write a song for someone it’s a really flattering thing or a love song, but a lot of these are more of a bummer actually. There’s definitely some darkness in these songs.

Yes from what I’ve heard of the new record it does sound a lot more in depth and different from your earlier recordings. Personally I’m a huge fan of your 2006 record which was full of poppy love songs and in contrast there seems to be a kind of harder edge to your new material

Yeah exactly. The songs go a lot deeper now then they did back then. Definitely

You released the album on your own label, what was the process of separating from ATO and starting The Noise Company like?

You know I was with ATO for 10 years and it was always great. I feel very lucky that I was with that company for so long but as time went on I got more into the idea of having my own record label and when my deal was up last year instead of signing with them I decided that it was time to spread my wings and do my own thing. I just wanted to be in control of my own life really and be in control of how my music gets released and be my own boss really. I think a lot of times in the music business as an artist it’s easy to get into this little trap of feeling as though you work for your label, or work for your manager or work for your booking agent instead of it being the other way around and I just got to this point where I wanted to run my own show. I’m a very hands on person as it is with everything in my life all the way down to the album artwork and the liner notes and am very anal about how the music is displayed. I just have an artistic vision on everything really, so it just made sense that I might as well take control on that side of things as well and call the shots.

Has it been a difficult transition heading out on your own?

It’s difficult for sure I mean there’s so much work to it but we have a great staff, I mean we’re very small there’s only three people who work at The Noise Company and we’re in this little house in South Austin but you know it’s really cool, we’re this upstart small business. Its not like I’m just there with a telephone doing everything by myself. There are great people who work at the label and great people on my team around the globe. So we’re in this kind of spread but at the end of the day I’m the one who has to make the final decision and everyone looks to me to be making the decisions and it can be a lot and it has been for the past few months but now that the album’s out I feel a huge relief and now I can focus on playing concerts and being an artist again.

You’re heading back to Australia next month to play the Hi Fi shoreline series, are you looking forward to the trip?

Oh yeah, I love it! I love playing Australia. I’m ready for my Vegemite.

Do you actually like Vegemite? I can’t stand it

(laughs) oh really? yeah I love it but I really like weird food. I like weird stuff from all over the world.

The weirdest thing I’ve ever eaten is this stuff in Japan called nato. It’s fermented soy beans and they eat it for breakfast. It’s a lot like Vegemite but even stronger and I hated it so much the first time I tried it and it pissed me off because I hated it so much. I was very upset because I usually like everything so I said to myself I’m gonna fucking conquer this food, I’m gonna love it so I made myself eat it a few days in a row and now its like one of my favourite foods.

I tried that approach with Vegemite and failed miserably, which is very un-Australian of me

I know! But you know not everyone in Japan likes nato, so that’s like their Vegemite and I’m telling you now that nato tastes a lot worse then Vegemite, it makes Vegemite taste like strawberry jam.

I’ll remember that when I’m in Japan. Thanks for the tip. What’s your favourite place down under?

I love being in Sydney cos I have so many friends there so it’s always fun to have dinner with friends and be with people that you haven’t seen in awhile. I like going to the little surf towns and playing in places that don’t get music very much like Margaret River and going down to Hobart in Tassie. I love playing Hobart I always have good shows there too it’s a fun place to play.

What do you enjoy most about playing live?

I love that you can’t rewind it, you can’t start it over – it’s the opposite of recording in the studio. I love recording in the studio because you can rewind it and try things over and do it twice. I love them both equally they’re so different. The live thing is so immediate and raw and it’s happening instantly in real time – that’s what I love about it, the interesting kind of craziness. The unpredictable.

What’s the weirdest gift you’ve ever received from a fan?

Well there was this fan that was kind of a stalker and I gave her my friend’s email address and for my birthday one year my friend gave me a book and it was about 2 inches thick and it was every email that she’d wrote to his address in a year. Sometimes she wrote 3 emails a day. He gave me this book and he’d never told me that she’d emailed him and he was like here’s this book, in the beginning you were going really strong and then she breaks up with you in the middle and then you get back together and then she realises that you haven’t written back to one of her emails so then she calls it quits. It was this whole story of emails, just one way emails, it was like 500 in one year.

The best thing that I saw lately was The Lemonheads. Evan Dando was in town the other night and they did It’s A Shame About Ray in its entirety. So that was cool. It’s the best thing I’ve seen recently.

Go Fly A Kite is available now through Shock Entertainment. Ben Kweller is playing the Hi Fi Shoreline series next month on the following dates: