Over the weekend I headed to Flagstaff, Arizona for the city’s 7th Annual Blues & Brews Festival – unsurprisingly, a celebration of Blues music and, well, beer. This year marked the first year that the event, which is held in the cooler, mountainous region of Arizona, a few hours north of Phoenix had been expanded to two days. But it remains a small event, held at the local county club, with just one stage, ten acts – almost all traditional Blues artists, keeping true to its name – and a couple of beer tents. With some great food and markets to buoy the experience. 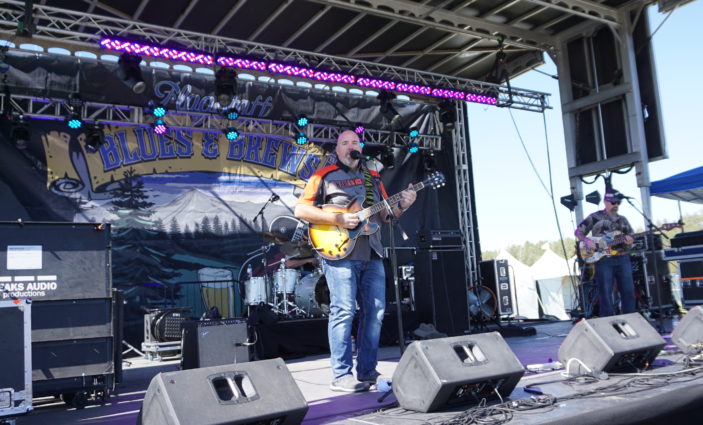 Opening things up was Innocent Joe & The Hostile Witnesses from Phoenix, who started off with something of a song to explain his name, as he declared “I’m Innocent”. Joe dedicated the set to the founder of the event, Debbi Grogan, who lost her fight with cancer recently, making this a year of firsts for the festival for many reasons. And he also paid tribute to Dr. John, who passed away the day before, as he relayed the importance of Dr. John in his own life and how thankful he was when his daughter got into him too “…it was at that point I knew she’d be alright. She’s discovered good music!” Other songs in the set included “Peace and Joy”, with “Tight is Right” closing the set. 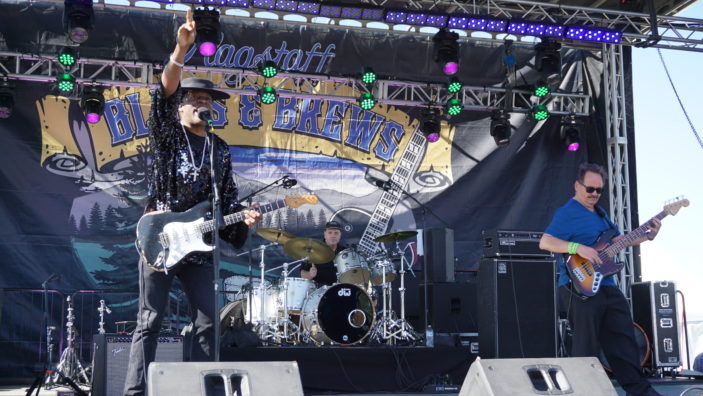 Phoenix based Blues musician Carvin Jones, brought us traditional blues, with a shiny suit and flickers of Buddy Guy, Keb Mo, and a two piece behind him – one from Phoenix and one from Paris. “It’s rock and roll and it’s blues as fuck” was how he described one of the songs he played, and it’d be fair to paint him with a similar brush. He ended with some “Purple Haze” just to rub the point home, and the Hendrix version of the Star Spangled Banner got everyone on their feet… and speaking of feet, he played the guitar with his foot! As the host of the stage said, he probably would have lit it on fire too if someone handed him lighter fluid. The guy was just that good. 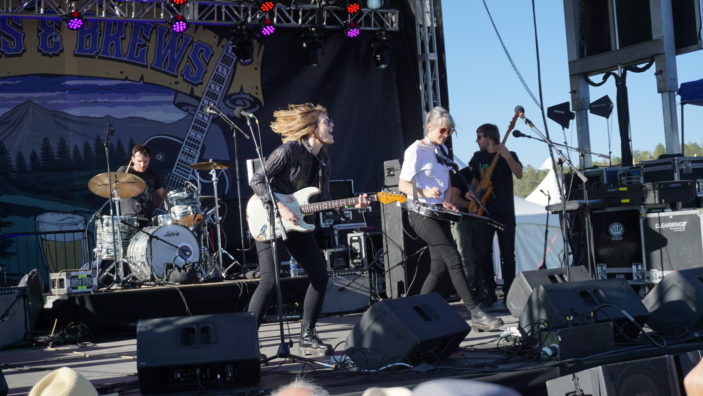 From the Blue Ridge Mountains of Georgia, next came Larkin Poe, one of the best live acts around right now – and part of the terribly underrated Basement Tapes project. Opening with “Sweet Cherry Pie”, the duo made up of sisters Rebecca and Megan Lovell were supported by two other musicians on the bass and drums, as the guitar, slide guitar and vocals of the pair soared over the country club. 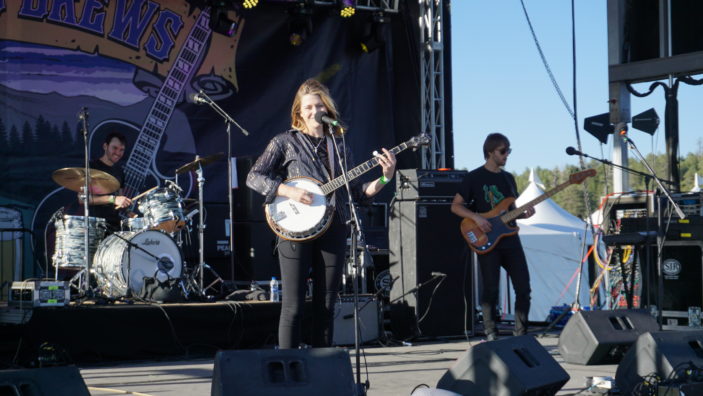 “Trouble in Mind” followed, plus tracks like “Beach Blonde Bottom Blues” and “Freedom”, while they threw in covers like “Black Betty” and “Preachin’ The Blues” by Son House. The banjo came out for “California King”, with Rebecca exclaiming “I’m from Georgia after all!”. She followed it up with a cover on the banjo, the classic “John The Revelator”. “Might as well be me” was a beautiful yet still rockin’ ballad, and “Run for your Money” was rockin” too, and saw both sisters on vocals. They closed with “Wanted Woman” as Rebecca exclaimed “Long Live The Blues’”. Indeed, it’s great to see a Blues Festival actually stay true to its name. 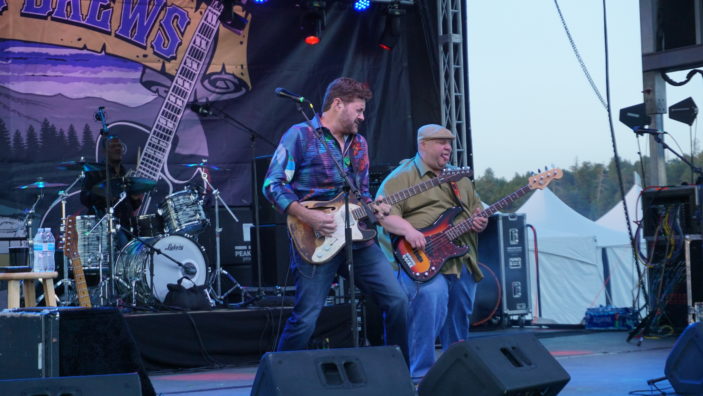 Headlining the night was Tab Benoit, an incredible Blues guitarist from New Orleans, who was performing as a trio. It was a stellar set, that had the crowd enraptured – many who were notable fans of the artist. Tracks like “Hot tamale baby”, and “too many dirty dishes” were favourites of the set, which ran out as the sun set over the beautiful city of Flagstaff.

So that was the Blues… what about the Brews? There was a selection of beers on tap, and in bottle, including some local Flagstaff ales from the likes of Mother Road Brewing – the kolsh and the IPA both outstanding. But it was the Omission pale ale that was my personal favourite of the day. The selection of food was superb, too, ranging from Maine Lobster rolls to BBQ with Mac and Cheese, Korean Tacos and Pizza slices. There were also lots of stalls, with local vendors selling their wares – CBD oils, clothes, antique signs – there was a little bit of everything. And plenty of free water!

The 7th Annual Flagstaff Blues & Brews Festival took place on the 7th and 8th of June 2019. For more details about the festival head HERE.

Photos by the author. The author travelled to Arizona courtesy of Arizona Tourism, with support from Discover Flagstaff. While in Flagstaff we stayed at the Doubletree by Hilton Flagstaff.