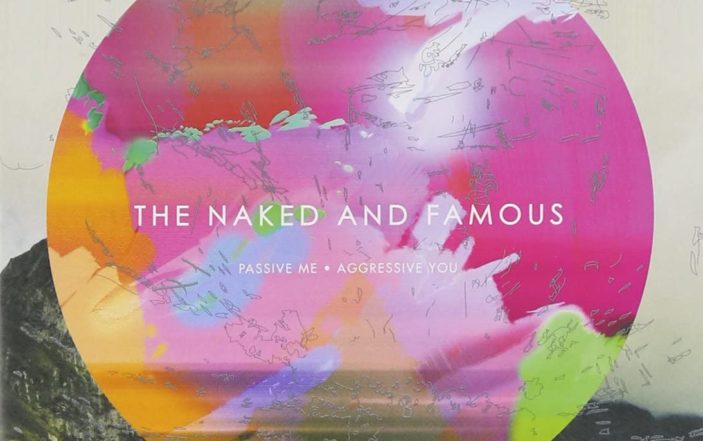 Ten years ago, New Zealand’s The Naked and Famous were getting ready to release their debut album, Passive Me, Aggressive You. It had no less than four singles, “All of This”, “Young Blood”, “Punching in a Dream” and “Girls Like You”, with “Young Blood” hitting number one on the New Zealand charts.

It achieved critical acclaim (The New Zealand Herald giving it Five Stars for starters), peaked at number 25 on the ARIA charts and saw the band tour the globe.

Kat Mahina reviewed the record for the AU at the time, and here’s a look back to what she said about it – which you can revisit as you revisit the album:

2008 was the year of MGMT, followed by 2009 which saw the rise of Passion Pit and their glorious synthesiser driven fuzz-pop. Here in 2010, New Zealand’s next big thing The Naked and Famous are set to take their place and have indie kids the world over going spastic on the dance floors with the release of their debut LP Passive Me, Aggressive You.

The Naked and Famous have delivered a surprisingly intense, dark affair that sports a few dream-pop moments with singles “Young Blood” and “Punching In A Dream”, but on the whole showcases a lyrical depth that belies their tender years and is more rewarding than anything their contemporaries have produced. Comprised of the songwriting duo Thom Powers and the beguiling Alisa Xayalith, The Naked and Famous have taken the best of their early ’90s influences (think Nine Inch Nails, Queens of the Stone Age, Radiohead and Tricky) to deliver their own blend of electronic, shoe gaze, grind rock that has been drenched in eighties synthesiser noise.

There is a furious sense of urgency to the music which begins right from the opener “All Of This”, with its driving electronic drums and heady dose of teenage angst: “The spite builds up I can’t get through, passive me, aggressive you”. The chart-worthy shoegaze pop fantasies of “Punching In A Dream” and “Young Blood” are quickly displaced with tracks like “Frayed” and “Spank”, which are brooding Trent Reznor-inspired industrial jams that are also reminiscent of British hipsters The xx. “The Sun” sees the band paying homage to Radiohead’s Kid A era with the moody keyboards and sparse electronic glitches that offers a poignant introspective moment amidst the sea of synth heavy noise. Eighties crooner ballad “Eyes” is one of the few painful moments on the record, a cheesy throwback to the computer game sound effects soft pop of yesteryear that would’ve been better left as a b-side.

The band quickly redeem themselves with the gorgeous “No Way”, one of those sweeping epic tunes that brings out swaying arms in the air at a live show, before delving back into the darkness with “Jilted Lovers” and its hedonistic atmospherics. “A Wolf in Geek’s Clothing” would‘ve been a good place to end the album, with its dangerous bass line and references to early Chemical Brothers that is over all to quickly to make room for more eighties twee pop with the easily forgettable “Girls Like You”, which ends the record on a blasé note.

In spite of the heavy ’80s influence that gets a tad weary, Passive Me, Aggressive You is a solid debut, that shows a lot of promise from a young band on the verge of world domination.