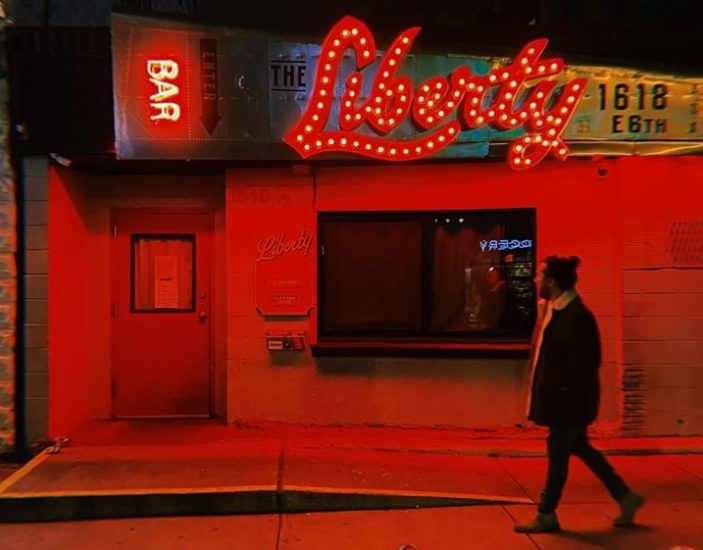 Every year in March, myself and a close band of music colleagues and friends from all over the world make a pilgrimage to the iconic new music and discovery festival South By Southwest (SXSW) in Austin, Texas.

This year was set to be no different, and I was buzzing and more prepared than ever, having spent 2 months in bed following a major knee operation, stringently analysing the hundreds and hundreds of bands on the line up – researching, listening and shortlisting my favourite new bands in the genres of rock n roll, funk n soul, vintage garage, psych, blues and indie.

Sadly, for all involved in SXSW, the world changed forever and I found out on my flight to the US that this iconic festival was to be cancelled this year due to that little ball bag Corona.

THE SHOW MUST GO ON?

Over the days that followed, the Austinites, venues, promoters, music industry and the masses of musicians held strong to the age old mantra ‘the show must go on’ and secret unofficial gigs and parties were planned to support all those effected by the cancellation. 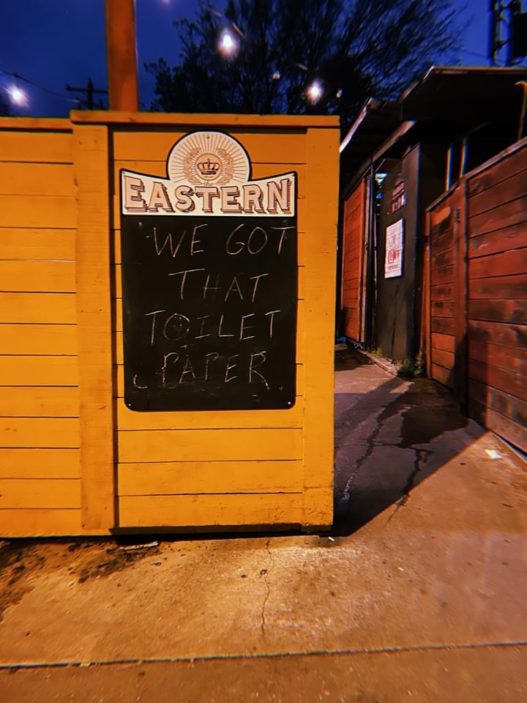 It’s the hundreds of unsigned struggling musicians that were set to be hit the hardest, many of whom had planned to fly from all over the world, had saved for years and spent so much money they don’t have on attending the showcase event with the hope and dream of pushing their music career to the next level. And I wasn’t the only one who found out already en route to America.

SO WE PUSHED ON TO AUSTIN…

Unaware of the Coronavirus developments gathering pace around the world, our bubble-like wild musical odyssey continued through Tampa, Nashville and New Orleans. But on the way to Austin the world began to change forever and shit got real.

The number of texts from worried family members and friends began to increase urging us to return home as soon as possible. Taxi drivers began talking more and more about the virus and people were obviously distancing themselves from us as illegal, potentially virus riddled aliens – despite our multiple daily use of Lynx Africa.

By the time we reached our hotel in Austin we were the only people staying there, the city was like an eerie ghost town and all public events had been cancelled. On our first night we manged to search out some live music at one of my favourite honkytonk joints The White Horse. 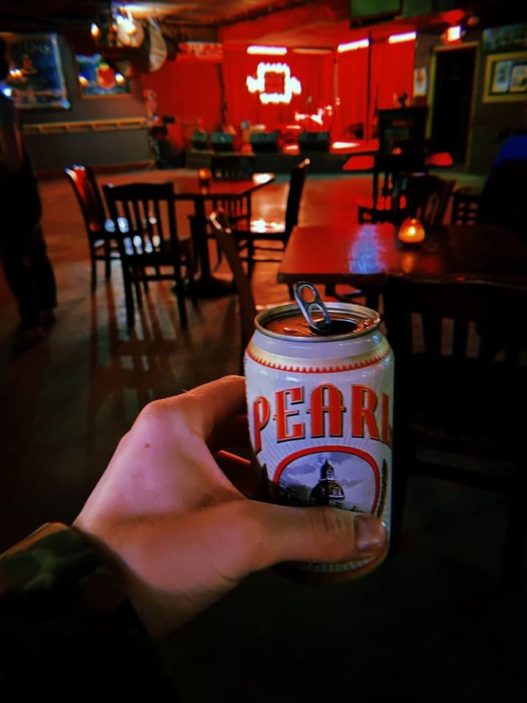 Whilst sippin’ a beer at the bar, contemplating the future and watching a lone couple slow waltzing on an empty dance floor, our movements were suddenly decided for us, as the house band announced this would be their last song and last song for a while in ‘The White Horse’. The venue was shutting indefinitely ’til after the virus had been contained.

It was a poignant moment that signalled the end of our trip, the final nail in the coffin of SXSW 2020 and the end of live music as we know it for the foreseeable.

There and then we made the difficult but sensible decision (there’s a first time for everything) to bail on our trip and return to the UK. Luckily we managed to find seats on the last Norwegian Airlines flight leaving the USA.

SXSW 2020 was officially over. 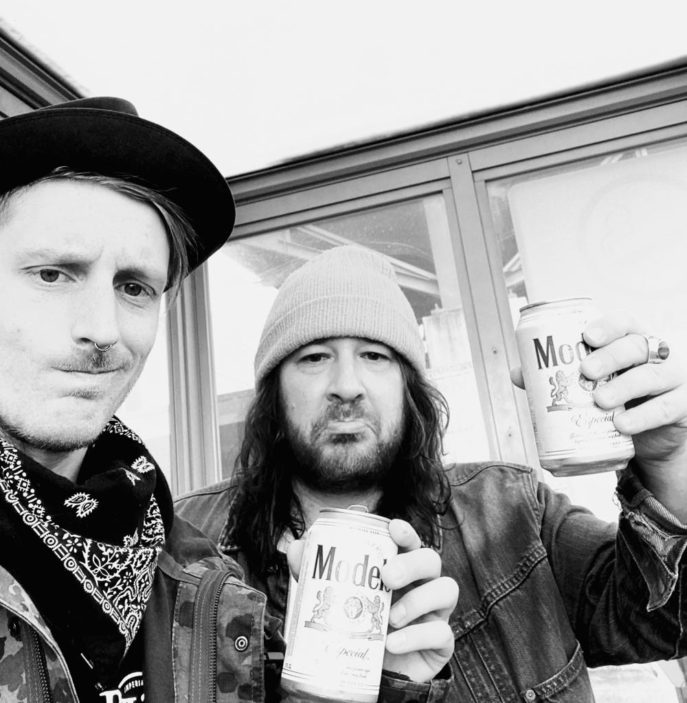 The cancellation has hit so many hard, particularly the city of Austin, the venues and the promoters of SXSW but more importantly the hundreds of struggling bands who would have all lost £000’s in travel, accommodation and visas and had their dreams of career development from playing this huge industry showcase, destroyed.

However, from dark times slowly emerges light, aand I would like to try and keep the ‘discovery’ spirit of this iconic festival alive, by shining a light and showcasing some of the incredible new talent that should have been playing at the event; providing new music fans out there some element of curated discovery and little taste of SXSW from the relative comfort of your own isolation. 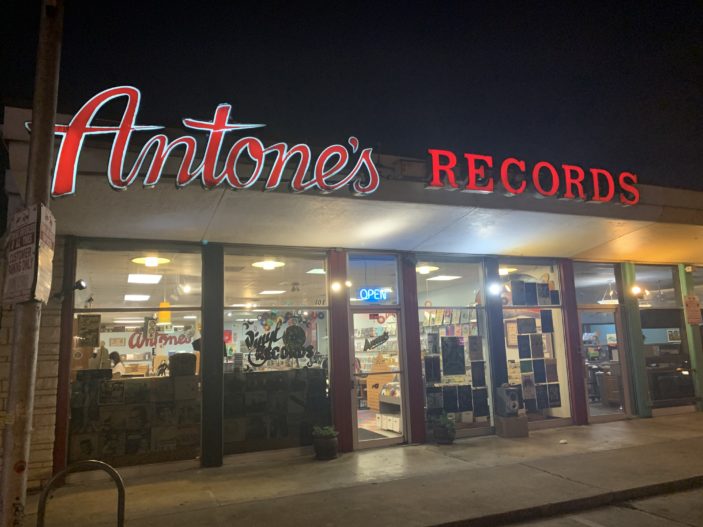 Music has always been a saviour of mine and I hope by sharing some of these brilliant and exciting new artists that it can help some of you to feel a little bit less alone and break the silence during these long periods of isolation and maybe even get you up and grooving (McCartney double thumbs up style) at home, in your bedrooms, living rooms, gardens and kitchens.

Plus I need something personally to put my energy and mind into! 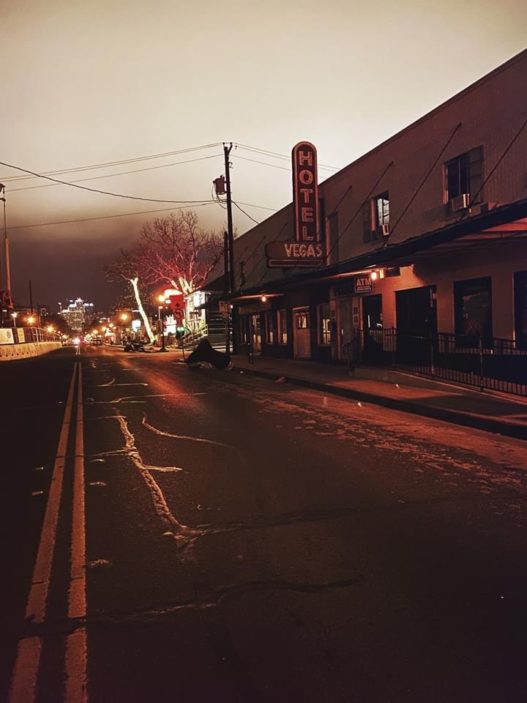 My friend from Australia Dom Alessio, himself a new music and discovery aficionado, shared this article just as I was about to make this post.

The jist – during this moment of colossal fear and dread in the world, music listeners are naturally turning to familiar popular hits and golden oldies that comfort and sooth us like a favourite pair of slippers or nostalgic film during this time of uncertainty – there is dopamine related science to show why we do this. However, the act of listening to new music during a global pandemic is hard, but it’s necessary – some excerpts taken from this enlightening Pitchfork article highlight some great reasons why…

“The choice to listen to new music prioritizes, if for one listen only, the artist over you. It is an emotional risk to live for a moment in the abyss of someone else’s world, but this invisible exchange powers the vanguard of art, even in times of historic inertia.

Further support for the act of ongoing exploration and new music is that we will assuredly remember these pandemic days, the way we remember our first breakup or first love and the songs that defined them.

Don’t let history be recursively defined by a feedback loop. Steer into the skid, pour the fear and dread leaking through your roof into something unfamiliar, because it could be the new artifact that exclusively defines this moment for you—a new friend who totally loves you for what you’ve become.”

Stay in, stay safe, support each other, wash your hands, keep your 2m and hopefully we will all be back on a dance floor, at a gig or in a festival field soon.

In the meantime, show no fear, go forth and keep on discovering and exploring, give the artists shared a listen, a follow and maybe even a share if you dig. I hope you enjoy this small selection of new artists, bands and musicians from SXSW 2020 – the one that never was… but lives on.

Check out my SXSW 2020 Playlist on Spotify.

The first of these up and coming artists is Neal Francis, from Chicago. Liberated from a self-destructive past, consumed by drugs alcohol and addiction and born anew in sobriety, Francis has captured an inspired collection of songs steeped in New Orleans rhythms, Chicago blues and early 70’s rock n roll. His debut album Changes came out in September 2019.

The second artist is Annabelle Chairlegs from Austin, Texas, who has a new album coming out later this year. “The 4 piece swing between glitz and grit, a collision of adrenaline-meets-anxiety, a sound built on desert noir, bluesy guitar riffs, all laced together with understated traces of psychedelia.”

For fans of: Brian Jonestown Massacre, The Shangri-la’s, Night Beats and The Black Angels.

Next up are Louisiana outfit Seratones, who Rolling Stone called “a fitfull collision of punk, soul and jazz echoing out of a shed strewn with whiskey bottles.” Their album Power is out now.

NYC band The Muckers, are “straddling the line between Studio 54 disco strut, the funk stomp of Earth, Wind & Fire, wiry CBGBs post-punk, and more.” (NME). The quartet actually formed in Tehran, Iran before landing in NYC in the summer of 2017, “where they’ve forged a reputation for an exhilarating live show that led to support tours (most recently with Australia’s own Pond) and to performances on NPR’s World Cafe and Paste.”

For fans of: King Gizzard, Frankie & the Witch Fingers, Earth Wind and Fire and The Black Lips.

From Los Angeles, Sofia Bolt delivers dreamy French pop with a West Coast psych vibe, that even Iggy Pop can get behind, saying on BBC6, “It’s not easy to pull off a femme fatale vocal attitude but she convinces me, it’s intriguing.”

The only non-American to make this list of seven is rising alternative soul star and Coventry (England) kid Jordan Mackampa, whose debut album Foreigner is out now on AWAL.

Americana Rock n Rollers, most of whom are from North Texas, I present to you The Texas Gentlemen. They’re “a ready-to-rock group of session musicians on a par with such storied outfits as Alabama’s Muscle Shoals Rhythm Section, L.A.’s Wrecking Crew, the Memphis Horns and one-time Bob Dylan associates The Band.” Their new album Floor It! is due to arrive on June 10 via New West Records

I’ll be posting more acts I wish I was able to see at SXSW 2020 on my LinkedIn page. Check it out HERE.