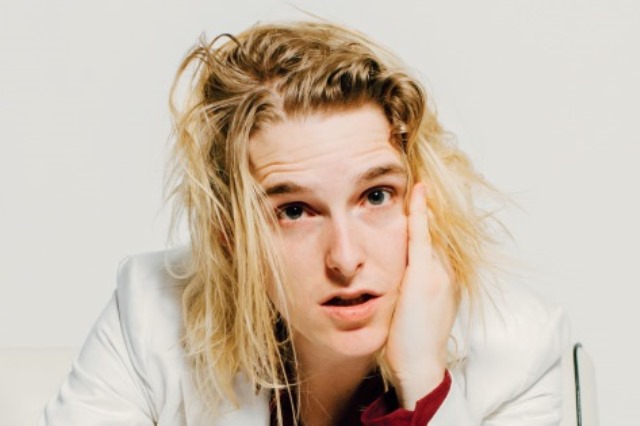 In our 77th instalment of “Stumbled Upon”, we meet Diane Coffee (aka Shaun Fleming) and chat about recording his brand new release, Everybody’s A Good Dog and his Motown influences.

What music or artists inspired you?
I find I have a very eclectic taste in music. I pull from almost everywhere. Recently I’ve been listening to a lot of Motown and then some newer stuff like UMO and St. Vincent.

How did you get started?
In 2013 I moved to NY to live with Jonathan Rado in his tiny Manhattan apartment. I spent the first two weeks there alone and shut in with the flu. It was in that time I wrote and recorded what would become my first record, My Friend Fish.

How would you best describe your live show:
100% pure, all natural, organic, grass fed entertainment.

What shows do you have coming up?
Once the album drops September 4th we will be touring nonstop till the end of November. Our first show will be in Minnesota, also on the 4th. All the dates can be found at www.dianecoffee.com.
Keep an eye on Facebook for more dates.

Tell us about your latest release:
With Everybody’s A Good Dog I was finally able to get into a proper studio and spend a considerable amount of time writing at home. I wanted everything for this album. Strings, horns, lush harmonies, heavy guitars. I wanted to create something that was fully realized and well thought out. I believe this is the most dynamic record I’ve ever written and I’m truly excited to share it with the world.

Where can I get your music?
You can order the record directly from westernvinyl.com or from any other major record outlets. They will be in most record stores state side as well. In digital form, you can pick it up at iTunes as well as stream on Spotify