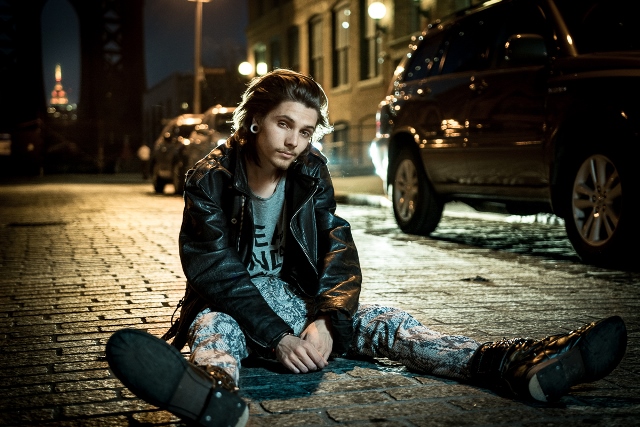 In our 54th instalment of “Stumbled Upon”, we meet New York ‘s Archer Brady & The All Americans, and chat about his upcoming EP, Trucks & Guns, and get a sneak peak at his latest track “96 (F350)”.

What music or artists inspired you?
I’m inspired by so many different artist and styles it’s hard to choose for sure. I like to blend pop beats with folk acoustics, I’ll use auto tune on a country themed song and make it work. That being said, I would say I’m inspired a lot by Brett Dennen, Joe Purdy, Yelawolf, The Maine, The Icarus Account, Cody Simpson, Rick Ross, Death Cab For Cutie, Sam Adams, T. Mills, Bayside, and a million more, I just can’t name all of them or this wouldn’t end. I’m not loyal to any one genre, I don’t draw all my inspiration from any one genre. I would say being a producer has really expanded my musical horizons. I take the things I like from every genre and use them all to make my own music.

How did you band get started?
I started making music at age 14, I wanted to be in a band, but I could barely play guitar, and I didn’t know how to sing. No one wanted to start a band with me, so I decided I was going to do it on my own. I played local shows where no one came, I recorded in one of my friend’s garages, and it just grew from there. Eventually I went to college to learn to produce, and came to New York City. I’ve been making music for such a large portion of my life, it’s almost hard to remember a time before it.

How would you best describe your live show:
My live shows are chill and personal.

What shows do you have coming up?
Right now I’m recording for my next release, so I won’t have any shows until I’m finished, but I should be back at it in the summer! Keep an eye on Facebook for more dates.

Tell us about your latest release:
I’m about to release an EP called Trucks & Guns, so far I’ve dropped one song and video off of it called “96 (F350)” which is a song about being far from home. This release is really about what it means to be far from what you know, and what it’s like when the people you were once close to have changed. It’s about loose ends.

Where can I get your music?
love to give my music away for free! You can find it over on my ReverbNation page, or just check my out on Facebook and you can download them right off my page!