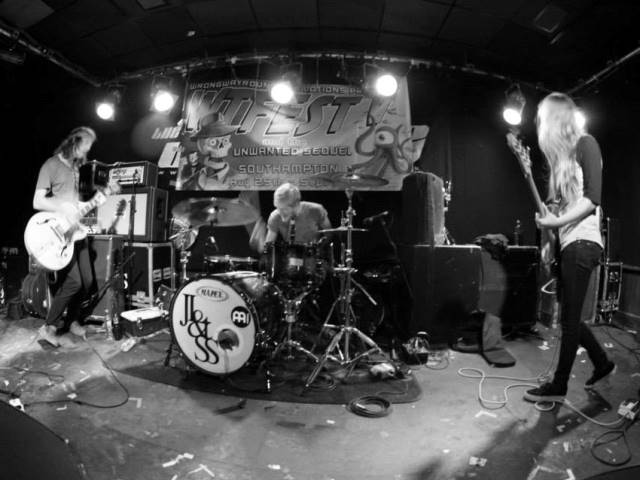 In our 46th instalment of “Stumbled Upon”, we meet London’s punk rockers Great Cynics, and chat about their upcoming UK tour and brand new record, I Feel Weird out this month.

What music or artists inspired you?
The Lemonheads‘ song “Rick James Style”.

How did the band get started?
I was playing solo acoustic house shows for a couple of years and wanted to record an album before I started getting bored, so asked Bob to play drums on the record. Then Household Name Records were up for releasing it and Iona joined, then we went on tour and haven’t stopped.

How would you best describe your live show?
Kind of like dancing…

What shows do you have coming up?
Our new record I Feel Weird comes out this month, which we’ll be doing release show for on 16th May in London. Then a UK tour in June with The Sidekicks and EU tour with Sundials and Haters in July – I’m not sure whether we’re supposed to announced those yet.

Tell us about your latest release:
Like I Belong, our last full-length, released in 2013.

Where can I get your music?
Pirate Bay (or Household Name Records & iTunes)