We are excited to have the Exclusive announcement today that three very exciting women in Sydney’s music scene are coming to the Oxford Art Factory on August 10th. 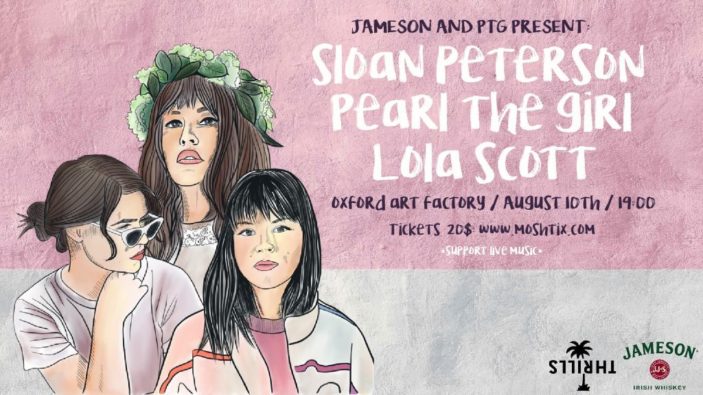 Sloan Peterson is the headliner of this all-girl affair. She has been working on a new album and has recently released the catchy track Here. Sloan recently toured with the Kooks on their Australian tour, and it’s exciting to see her at the top of the bill.

Lola Scott from the Southern Highlands of NSW is next up. She’s a multi-instrumentalist, and has been touring with Asta. You can check out her website here.

Pearl the Girl is first up. Pearl has just launched her first album, is currently touring the UK, and has released a couple of epic singles recently.  “Little Animal” is one of them and it’s great fun. You can also catch more of Pearl on her Facebook page.

As you can see, it’s an epic lineup – and you can buy tickets HERE

The show is being sponsored/presented by Jameson and Thrills.