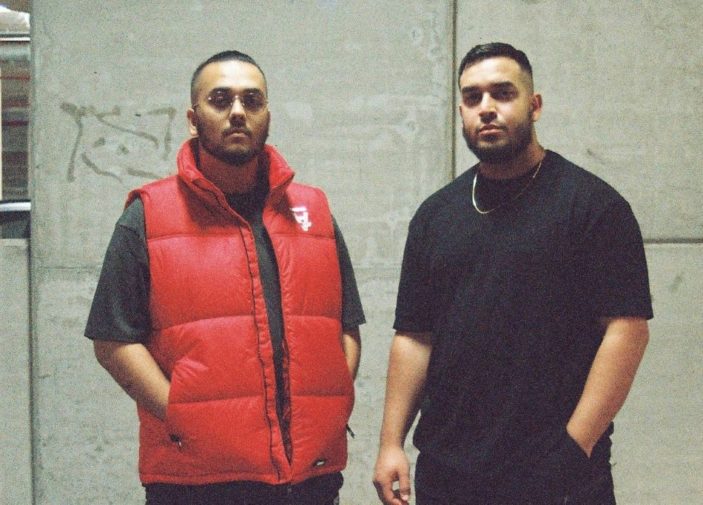 Sydney is a hotbed for talented producers these days, and two of the shining stars are Sheph.ART and Barry Saleh. From their studio in Liverpool, they’ve produced the likes of A.Girl, Youngn Lipz, Pistol Pete, Billymaree, JKing and more. Between the pair, they’ve had more than 10 million streams. They are some serious numbers.

The two have combined for the lush hip-hop track, “Action”, and they’ve combined their talents to put together a track that is silky smooth and irresistible. It’s a beautifully defiant track, reflecting upon progress made and successes realised and issuing a strong FU to those that doubted.

Explaining the production choices in “Action”, Sheph.ART writes:  “I specifically made the production as gritty as possible without losing its melodic essence in order to take the listener through an emotional rollercoaster to feel the hunger that I felt going through the motions of being able to get to where I am today and looking to go forward from here.

Although the beat and the main vocals can sound upfront and in your face, the listener has the option to listen a little more in-depth and find that there is a flow of movement in the record. The inspiration of the lyrics came from being turned down by someone who showcased believing in my vision and abilities. This made me realize that there are so many artists just like myself who go through the pain of rejection and I would like to be the voice on their behalf to showcase that their hustle for their growth does not go unnoticed.”

With regards the video, he says:  “As a debut, we wanted the music video to represent our themes of the record in a way that was able to be relatable to our audience. In Australia, we are surrounded by bushland, campfires and BBQ and we wanted to incorporate this theme in the video.

The video starts off with Barry Saleh walking into an open bushland with a trophy in his hand, leaving the audience confused and wanting to learn what happens next. This trophy is ultimately thrown into a campfire that sparks the light in us both to keep moving forward without feeling the need to please and accommodate society. The symbolic nature of the friends shown in the video reference how people can be present in one’s life and don’t necessarily need to have a negative impact on the outcome of your dreams.”

This promises to be just the first release of many from the duo.

Acknowledging that there are some fabulously talented artists in Australia, that also deserve a voice, the pair have put together a list of three that we should all hunt out. Read on.

We have been working with Irfxxn for more than a year now and have created some gold with him. He sits in a genre that is competitive to Charlie Puth, The Weeknd and Ariana Grande. Although he hasn’t yet released a record, his short singing verses on Tiktok and Instagram have gone viral with over 1M streams. He’s definitely one to look out for!

Givitimy is another artist that we have been working quite closely with for quite some time. The sound that he is bringing to the market is refreshing and his lyrical delivery hits without fail. His debut single, ‘Blind Leading the Blind’ that BeatswithSheph produced landed three major playlists on Spotify and has received quite a lot of traction.

P.Smid is one of the most versatile artists that we have worked with, as someone who can easily hold a high note, she can just as easily drop some heavy bard. A record we recommend checking out is WESSIDE!

Barry Saleh can also be followed on Instagram HERE.