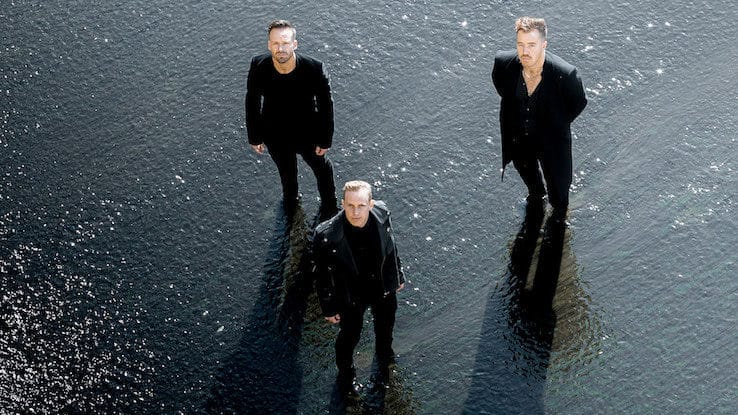 It’s been a while since bands have been able to tour, so it’s good to see some of the favourites such as RÜFÜS DU SOL back on our shores. After the release of Surrender in October 2021, fans have been waiting some time to see the trio perform.

As the sun set on a warm summer Saturday, RÜFÜS DU SOL showed what an incredible powerhouse of electronic dance music they have become. As the crowd filed into the large outdoor venue, the sounds of RONA filled the air. RONA is the electronic project of Kaytetye (pronounced kay-ditch) musician and producer Rona Glynn-McDonald. Her beats are born in Central Australia and provided a delightful welcome to the music to follow.

English DJ Jon Hopkins played a powerful jungle-influenced set. He gave incredible energy to the crowd, basking in the setting evening sun. There was the familiar feeling of a full outdoor festival. The high-powered sound system with additional speaker stacks in the crowd gave a pure, crisp and rich sound.

It was RÜFÜS DU SOL that the audience had some to see, and the expectation heightened before the band burst onto stage. Giant LED screens brought the action up close, meaning that everyone had a front row experience. In fact, one could argue that the true appreciation of the scale of the show could only be measured from near the rear of the crowd.

After the introduction of “Make it Happen”, the follow-up song was an extended version of “Eyes” from the Solace album. The two-hour set drew from all three albums, Solace, Surrender and Bloom, showing that their music is timeless and enduring. The tunes were delivered seemingly effortlessly with the band clearly enjoying the chance to extend the songs for the audience.

Lead singer Tyrone Lindqvist was centre stage, interacting with the audience and captivating all. Jon George was similarly enjoying himself while drummer James Hunt even managed the occasional smile. It was clear that the stage is where the three performers give their all.

As mentioned before, the lighting and screens deserve a special acknowledgment. There were moments when each performer was splashed up, many times larger than life, followed by laser displays or random electronic patterns, influenced by what was on stage. It was a truly amazing spectacle and kudos to the way the light and sound meshed to create the ultimate experience.

All too soon it felt that the show was over. Fans had heard their favourite songs as well as a few new ones, The feeling that the world is returning to normal meant that everyone left uplifted and happy.

The band plays two shows in Melbourne on 15th and 16th December, before their final Australian show of this tour in Perth on the 17th December. Head to their website HERE for more details.