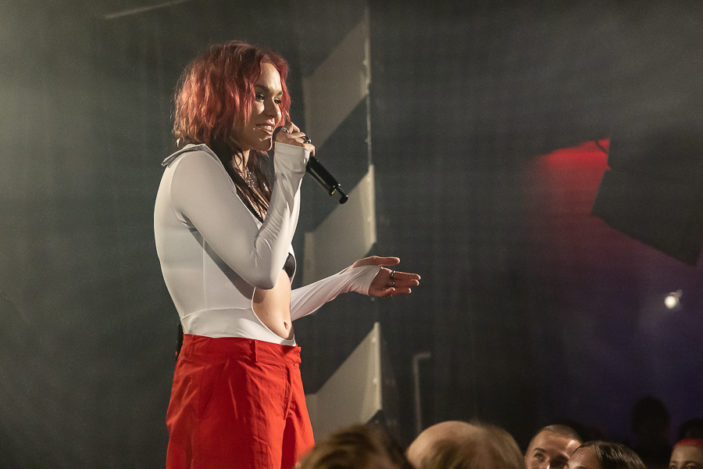 UPSAHL is currently on her inaugural tour of Australia. So much so, that she has named it This Is My First Headline Tour.  You would never know though, given the devoted fanbase at the Oxford Art Factory on Friday night for the Sydney leg. To see so many fans singing every word of her songs was impressive indeed. For an artist that has co-written with the likes of Dua Lipa and Madison Beer, and guested on G-Flip‘s hit “Scream”, UPSAHL is very much on the up.

Kicking off the night were locals Egoism, who also did an outstanding job.