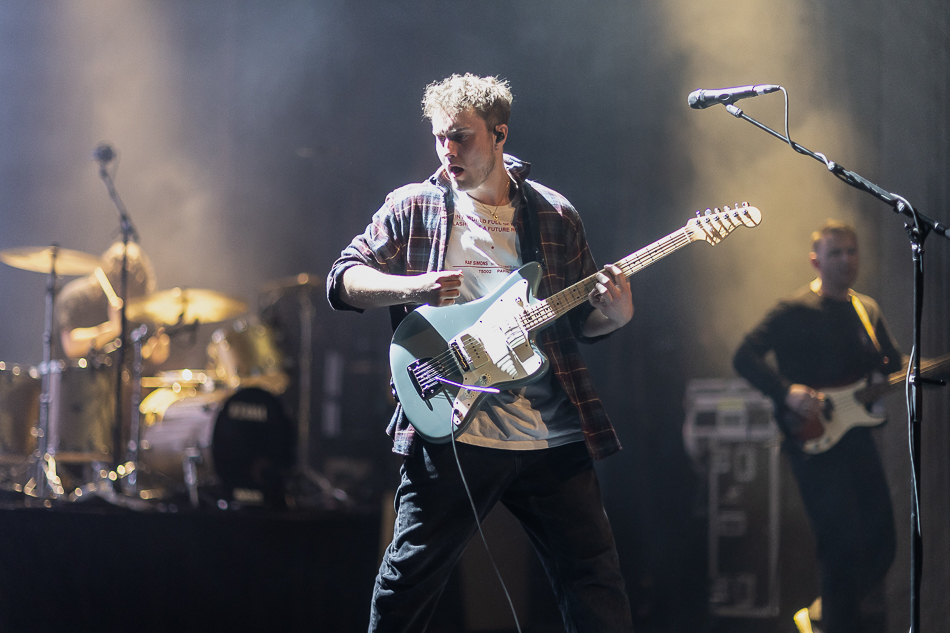 The Sam Fender tour hit Sydney last night, as the hot ticket in town. The show at the Enmore was sold out, reflecting the popularity of his 2021 album, Seventeen Going Under. Playing for ninety minutes, Sam and his six-piece band were in mighty fine form. There were no signs of tour fatigue. They were up for a rocking night out.

The crowd were just as invested in the evening. When he finished playing the title track, “Seventeen Going Under”, the crowd was keen to keep the chorus going long after the band had stopped playing.

Supporting was Melbourne band, but currently UK-based HomeSchool. Hopefully, they do us all a favour and return to Australia soon. They were outstanding.