There have been some incredible Isolation gigs of late, mostly broadcast from home in the bedroom or living room with a desk lamp and an iPhone. For artists with new material, in particular, you can sense their frustration at not being able to showcase the new songs in the best of light. One artist who has been feeling this keenly is Imogen Clark, having just released her first new material in two years, “Found Me”, the lead single off her forthcoming EP.

Imogen and her team have decided to do things a little differently. She is performing a series of ‘Backyard concerts’, two weeks apart and have them professionally staged. To view them, you need to purchase a ticket online, paying what you can afford. There are a limited number of tickets available for each concert, and the first one was sold out. I was lucky enough to be there on Saturday afternoon and evening, on the edge of the Blue Mountains at her family home to see how this was all put together. 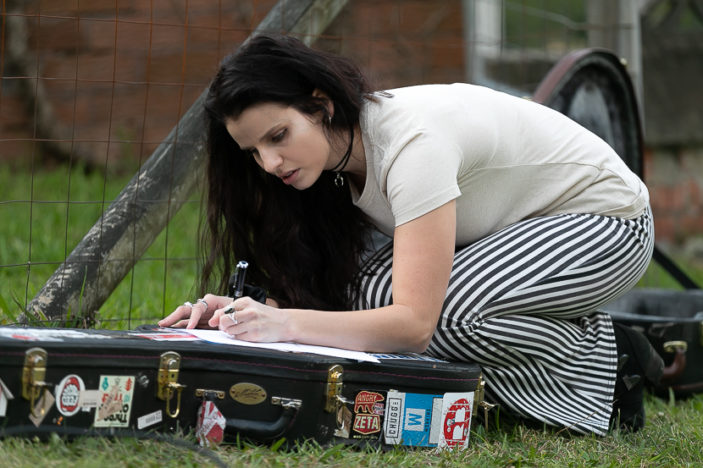 Setting up for the concert. Dan Hartley-Allen and Rahul Dorai put together the technical side of things to broadcast it. They had a large van-full of gear and a solid plan on how to best showcase this gig. 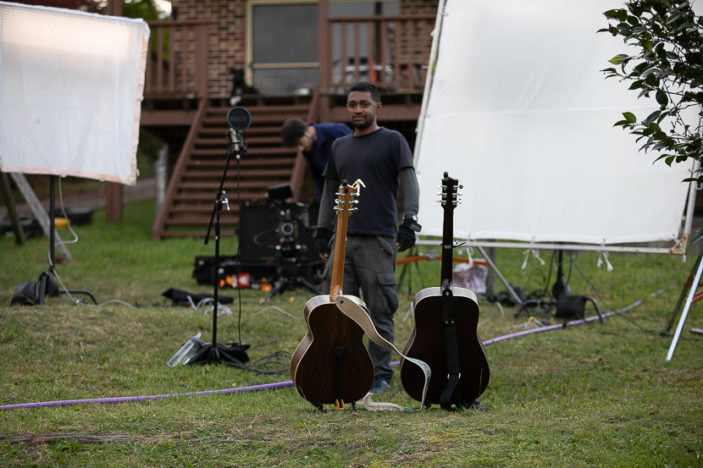 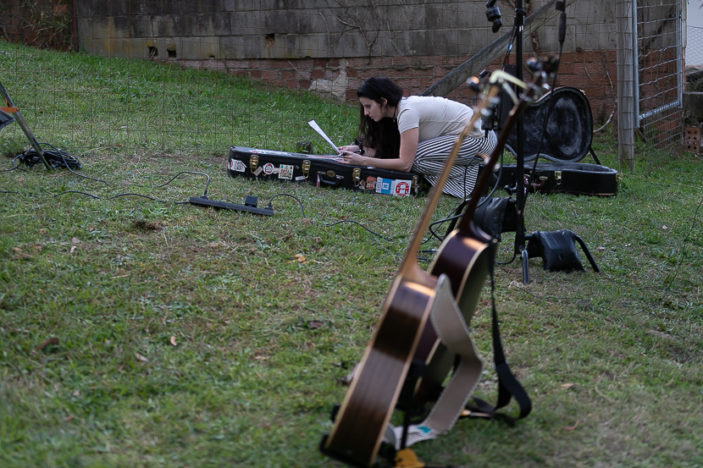 Sound-check all done. Sounding great. Each of the 4 concerts has a different theme. This one was acoustic, the next one will be piano, then electric.  The final concert is ‘by request’. 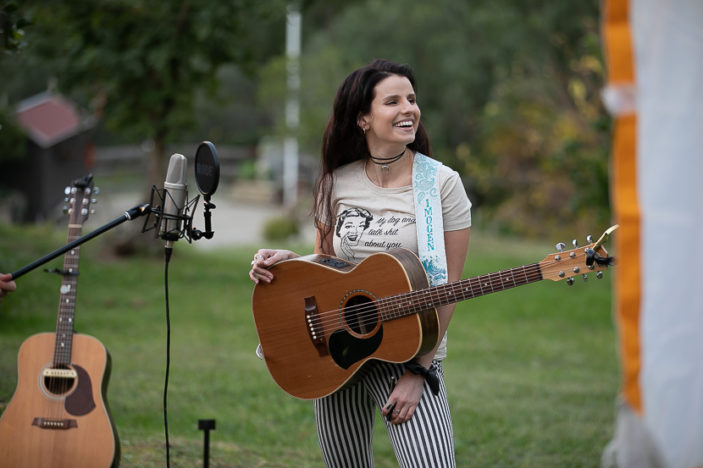 Imogen played all the songs off the new EP, which is to be released later this year. The temptation not to clap between songs was almost overwhelming. The challenge not to trip over and stay silent whilst photographing the gig was also ever-present. 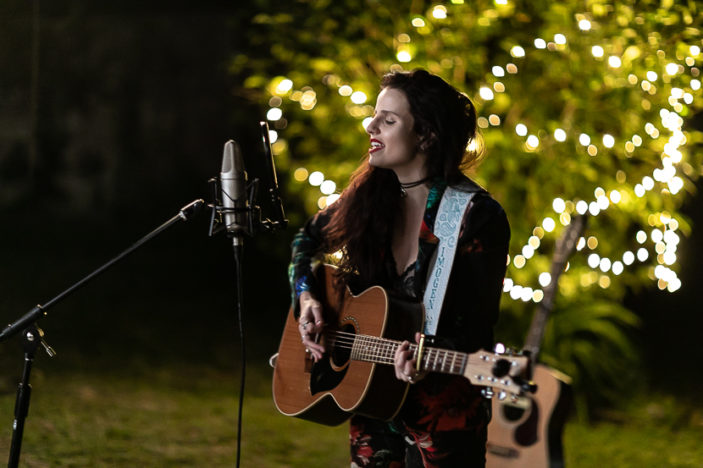 The view from the balcony. 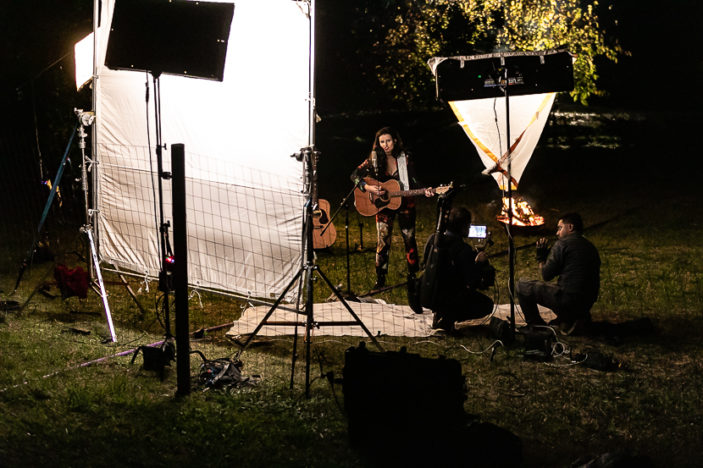 There are three more of these gigs in the series. Tickets below. 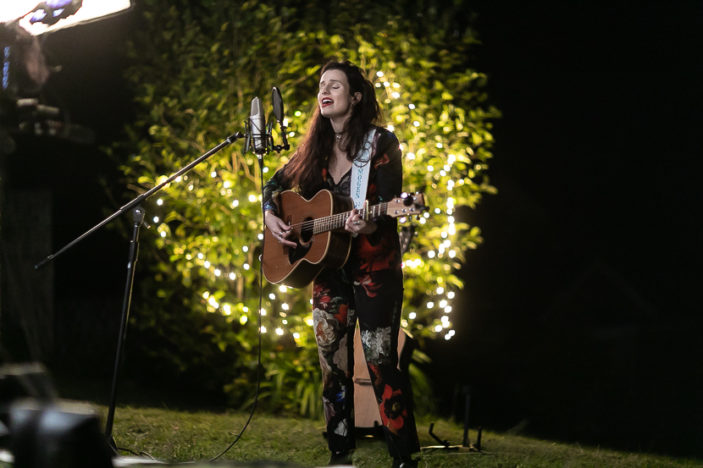