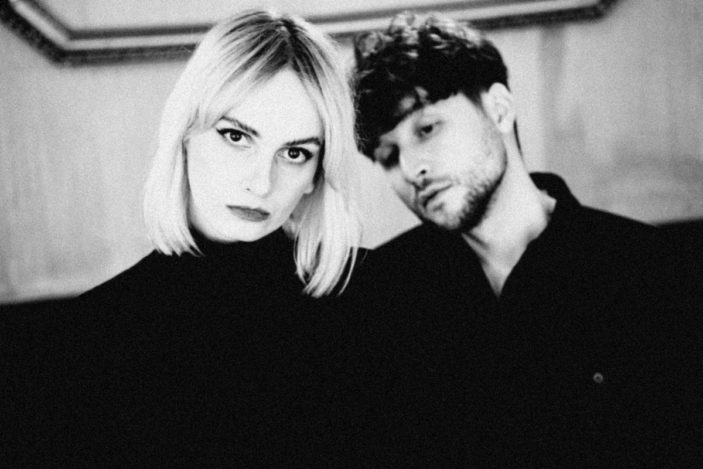 Nick & June (Suzi-Lou Kraft and Nick Wolf) share a unique dynamic and their first release since 2017 is an exciting and important step back into the global spotlight. With two albums and an EP under their belts, Beach Baby, Baby was born from isolation during the pandemic and deepened their passion for music and performance. The track was recorded at their home studio in Munich with an old Casio keyboard and drum machine while on a forced break from recording the next big project and touring Europe.

“We were actually in the middle of recording a third album, but then Corona postponed everything,” explains the duo. “You were no longer allowed to travel and there were contact restrictions, so we had to stop and rethink the plan. Most of the songs were written in an intimate setting. Since you were not allowed to leave the house, other instruments like small keyboards, old drum machines, tiny percussion stuff have become the focus of attention and the familiar sound kinda changed and evolved all over again.”

At a concise two-and-a-half minutes, “Anything But Time” is comprised of gentle beats, resonating organ and soft guitars with near-whispered vocals. The bright melody contrasts the aching albeit random lyrics, as pulsing synths keep the pace steady until an abrupt finish makes you want to immediately play it again. In a similar vein to Bon Iver, Damien Rice and Angus & Julia Stone, Nick & June are both familiar and refreshing on their anticipated latest effort.

The accompanying video was shot by the band themselves at an old hotel in Berlin that was once home to silent film star Asta Nielsen. Each shot is framed with rounded corners and a grainy quality attributed to 50s/60s cinema, peppered with duplicate vertical panels and overlay of the duo performing before a projector. A bored main character studies a myriad of everyday objects while dancing alone in a hotel room and shooting scenes on an old camera to reflect the mundane passage of time.

“We have watched many classics of film history and all-time favourites in the pandemic – maybe that’s why the overall concept of the EP has a cinematic touch. With these impressions absorbed, we quickly had a firm idea of what the video should look like. The Hotel Funk in Berlin, as an already stunning location, was adapted even more to our wishes by Lillie Ceben, who was responsible for the set design, and Jeanette Friedrich then captured them and shortened them to two minutes thirty – which was really hard with such beautiful material. I believe that with Maja Bons as the actress, we have found the one person who can make this video fun from head to toe.”

Nick & June have collectively amassed over 18 million streams across all platforms with their effortless blend of melancholic indie-pop and folk music.