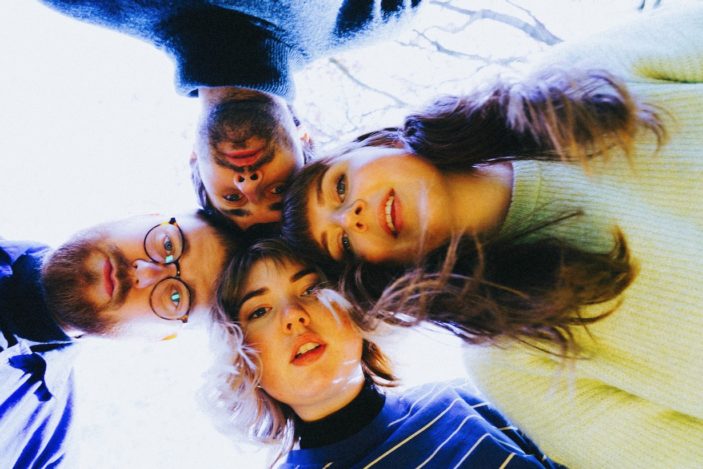 For our first New Music Discoveries of November we have added nine new tracks to our Discovery playlist on Spotify and Apple Music; including three exclusive premieres. Our Track of the Week for this week is “All The Time And Everywhere”, the new single from Stockholm garage-pop newcomers Girl Scout.

“All The Time And Everywhere” is the second single from the Swedish group and cements them as ones to watch. Chockfull of melodies and relatable lyrics, the track is all about trying to make peace with life’s anxieties. Expect to hear plenty more from Girl Scout in the future.

“Hypnagogic Hydrosphere” comes from Norwegian audiovisual artist Glassmanet’s forthcoming album Glassplanet – out 11th November. At just shy of two minutes, the track is a wonderful, short, sharp injection of dream pop for the soul. With some lovely shoegaze vibes to the vocals and psych-inspired guitars, we can’t wait to hear the rest of the album later in the month.

Yorke has released “when the honeymoon is over” from her upcoming EP, ten feet tall which will be released on the 2nd of December. This is a track that searches for light in the darkness, showcasing strength and resilience and is catchy as.

Sydney’s Darcy Lane has released the fabulous “2022 Without You”. It’s a ripping takedown of an ex-lover, reflecting on how the split is for the best. If you are newly single and need a lift, then this is for you.

“Cherry Blue Intention” is from New Orleans no-wave punks Special Interest. A heady mix of dance music and punk, crank this one up loud. It’s the final single off their album Endure which was also released today.

“Big Foot” sees British multi-instrumentalist and songwriter Tutankhamun (a.k.a. Olly Toomey) continues to tease his forthcoming debut album – out November 25th on Nice Guy Records. According to Olly the track “is a song about feeling out of control and the abandonment that comes with that”. Musically though you have this nice juxtaposition with this stylish and captivating 60’s cinematic soundscape. Keep an eye out for the album when it drops later this month.