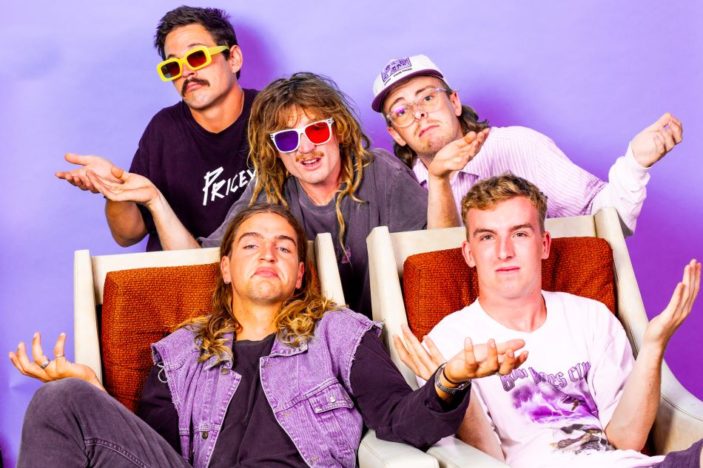 We’re welcoming in the month of February by adding ten new tracks to our Discovery Playlist, including one exclusive premiere. This week our Track of the Week belongs to Gerringong surf-rockers The Terrys with their new single “IDK”.

“IDK” is classic Terrys. It’s fun, it’s punchy and it’s the perfect end to the week. Of the track, the band says “’IDK’ pretty much speaks for itself. It’s about those triggers inside you that people can sometime set off and feels like a bit of a punch in the face. It’s a fun take on that, plus we wanted to release a fast song people can dance to at our shows after being cooped up for the last couple years.”

The Terrys have been added to the lineup for Great Southern Nights. Head to the website HERE for more details.

Haiku Hands have just released a brand new single, “Shoot the Shot”, a bonus track on a just-released deluxe edition of their 2020 self-titled album. They also announced today a limited edition classic black vinyl, and rescheduled tour dates. Head to their website for more details.

AU favourites Calexico are making their return in 2022, with new album El Mirador set to drop April 8th. The title track is out now, with frequent collaborator and friend Gaby Moreno popping up on backing vocals. Calexico always deliver, and “El Mirador” is no exception, an atmospheric and emotive slice of the band’s signature borderland indie rock.

We also had the video premiere of “What’s Wrong with Changing?” from Wallis Bird.

Here it is on Apple Music: