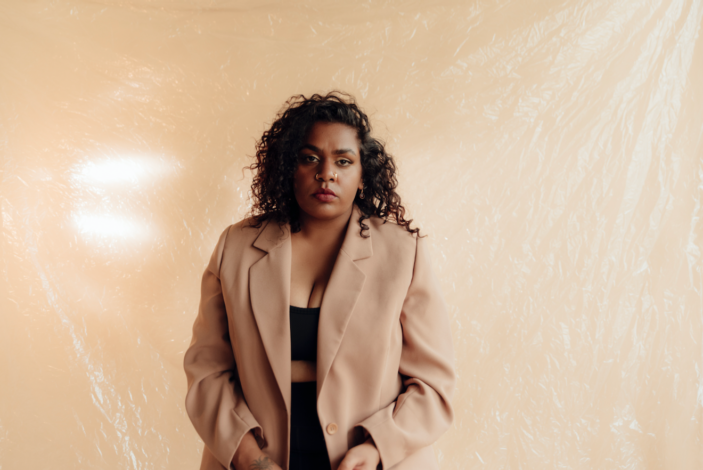 We’re entering June with eleven new tracks being added to our Discovery playlist on Apple Music and Spotify.

Our Track of the Week belongs to Miiesha and her track “Everything” from her new EP Mirrors, which is out today! The track has everything we’ve come to expect from the Anangu/Torres Strait Islander artist: sublime, smooth vocals and emotive lyricism. According to Miiesha, the track, which was written during a difficult period of her life, is “me, reminding myself, that we could have everything. I know it’s hard right now but keep going.” Miiesha will be hitting the road in June, taking in Sydney, Brisbane and Melbourne. You can find more info and buy tickets HERE.

Also added to the playlist this week are new tracks from Americans Joyeur and Bonded Jacky. The latter is a queer musician and songwriter, based in Los Angeles. “Didgeridoo” is the fourth single from Bonded Jacky in 2022, and explores the complicated journey through the stages of grief. Whilst, there are plaintive moments, it’s largely joyful and wistful, with a striking vocal and a well crafted tempo shift.

“Destroyer” is off How to Love Yourself and Not Destroy Everything, the recently released debut album from Joyeur. It’s alt-pop at its finest, delivered with subtlety and style. A bit of a vibe from start to finish, with a striking and memorable vocal, the track had us wanting to dip into the rest of the album right away.

Also on the playlist is “Nothing But Wild”, the debut solo effort from one of the voices of pop-rock band Sheppard – Amy Sheppard. It’s a fun and exuberant ode to living young and free. Bright guitars and big drums carry the track as Amy’s commanding vocals and sweet harmonies soar above the mix, peppered with ambient percussion to keep things interesting.

Rounding out the playlist we also have new tracks from WA’s Supathick; Melbourne’s Zachary Leo; and Melbourne-based hip hop artist Kwasi. Finally, we also have new singles from Floozy and JaZZella, both of which we exclusively premiered on the site earlier in the week.

Catch the new music updated every Friday on Apple Music and on Spotify: