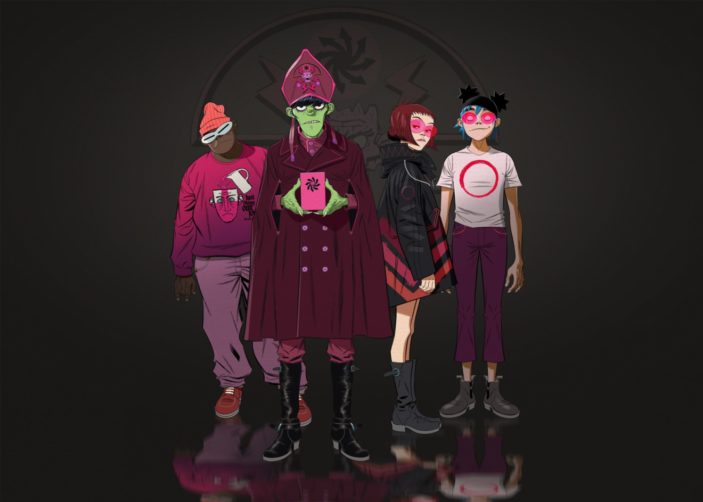 For the last time this month we have updated our Discovery playlist on Spotify and Apple Music with ten new tracks.

Our Track of the Week is “Cracker Island”, the brand new track from Splendour bound Gorillaz, featuring Grammy award winning Thundercat. Upbeat, energetic, a little bit funky and delivered with swagger “Cracker Island” is the world’s biggest virtual band at their best – be sure to catch them when their world tour hits Australia next month!

Joining them on the playlist is Daphnie, the alter ego of Sydney drummer and producer Alistair Hayes. They’re also one half of youproblem, who’s recent single we shared a few weeks back. New single “Sugarcoat” is pure quality pop, it’s upbeat, vibey and a lot of fun. In short, it’s a bop! It’s all about that feeling of falling in love with a stranger who you’ve passed on the street. Hit play and let yourself daydream.

We’ve also got “Your Reality”, the charming new single from Sylvan Esso. The track is billed as the start of a new era for the duo. With some beautiful strings (courtesy of Gabriel Kahane), delicate yet frenetic drums and sparse synths, Amelia Meath and Nick Sanborn move their sound into stranger, more surreal territory. It’s a beguiling number that has us excited to hear more.

“No Plans” is the new single from British pop punk trio The Tyne. Taken from the forthcoming debut EP Born On The Internet (Out August 4th via Slam Dunk Records), the single was written about how after two years of lockdown, people’s social skills were very rusty, and that moving back to normality could feel very overwhelming for people. We love a bit of pop punk here at the AU, and The Tyne deliver that in abundance, with high energy, big guitars, and catchy choruses.

Rounding out the playlist are tracks from Woodlock and Matthew Gilbert which we premiered in some form earlier this week.