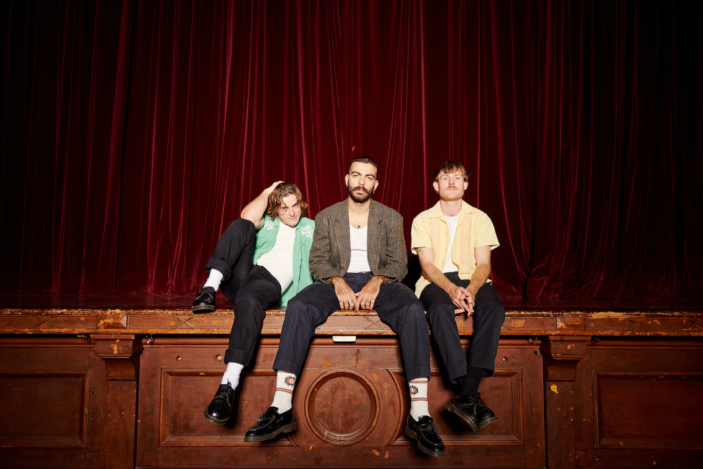 Ten more tracks have been added to our Discovery playlist on Spotify and Apple Music; including two singles we exclusively premiered this week. Our track of the week is “You”, the new single from garage rock trio Crocodylus.

“You” is one of two singles the trio have released this week, as they announce an East Coast tour for late August to early September. The band has been holed up in a recording studio for the past few months, and we’re finally beginning to hear the fruits of those labours. Their first release since 2020, “You” is a classic slice of jangly surf rock. It’s catchy as hell, with some killer guitar work. It’s so good to have the Crocs back! Make sure you head out and catch them when they’re on tour next month.

Keeping with songs titled “You”, we have the new single from Alt-Country rising star Julianna Riolino. “You” is the second single to be released from her forthcoming debut record All Blue, which is set for release October 14th. It’s a rollicking offering of alt-country. Upbeat and full of energy, but with just that slight tinge of melancholy deep down. You also have Riolino tapping into the sounds of some of her heroes, including Dolly Parton and Emmy Lou Harris. For fans of Nikki Lane, Ruby Boots and similar.

“Hard Times” is the first track of the year from Sydney quintet Thunder Fox. The track blends elements of funk and dance into a groovy floor-filler. Bright guitars and bubbly synths simmer over a driving beat with lush vocals that will make you move.

“Full Circle” is the haunting new single from avant-garde French duo Faux Real. According to the brothers the single is about “breaking and rebuilding, about finding yourself in the ruins”. It’s on the quirky side, but it’s proven to be a bit of an addictive listen, with an ethereal pop vibe mixed with some fun electro and disco-esque elements.

Rounding out the playlist are singles from Madoc Plane and Rich Webb, which we premiered earlier this week.