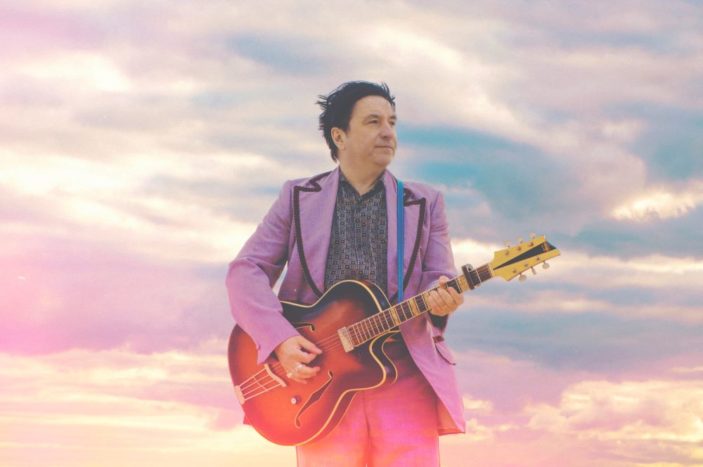 Melbourne’s alt-country singer-songwriter Rich Webb is back with another quality release, with the shimmering “I Don’t Mind At All”. The track will be on his forthcoming album, RIGHT!, which will be released later in the year. We are thrilled to have the premiere of the single, ahead of its release on Friday. The track follows on from his moving single, “Love Someone”, released in February, that tackled Australia’s treatment of asylum seekers.

“I Don’t Mind At All” has a bright and breezy feel to it, with a jaunty vibe that can’t help but put a smile on your face. Rich describes his ambitions for the track:  “It tries to capture that feeling of the sun and the freedom that can come in summer and with summer holidays. About those times where you leave everything behind, and just live in the moment. When you are young in particular, they can feel like they last forever. It’s about that feeling of freedom, connection, and fun you get on holidays with people you love.”

I reckon he has nailed it. It reminds me a little of the swing, joy and optimism of Van Morrison on Moondance. This tune is a joyful trip back in time. It transports us back to less complicated times, running around bare feet and not being burdened by the troubles of the world.

He gives us some more background to “I Don’t Mind At All”:  “When I was a kid, that used to be three weeks or so in an orange family tent with my Mum and Dad and two brothers, often beside a beach in Wales. Here, it’s been heading out in an old column shift Ford Falcon down the Great Ocean Road for a few weeks when my brother and best mate came over, or the other way with my family to Marlo or Mallacoota. Just lovely dreamy times where you forget about work and the things that bug you or get in the way, and spend time together, just living for the moment and having fun.”

Rich Webb has been held in high regard since the late ’90s. Carving out his own space in the alt-country world, it’s four years since his last release,  Le Rayon Vert. That album earned Rich the Alt-Country Album Of The Year and Alt-Country Single Of The Year at the Independent Music Awards in New York. The successor, RIGHT! is much anticipated.

You can pre-save “I Don’t Mind At All” HERE. In the meantime, enjoy our exclusive premiere, ahead of its official release on Friday.