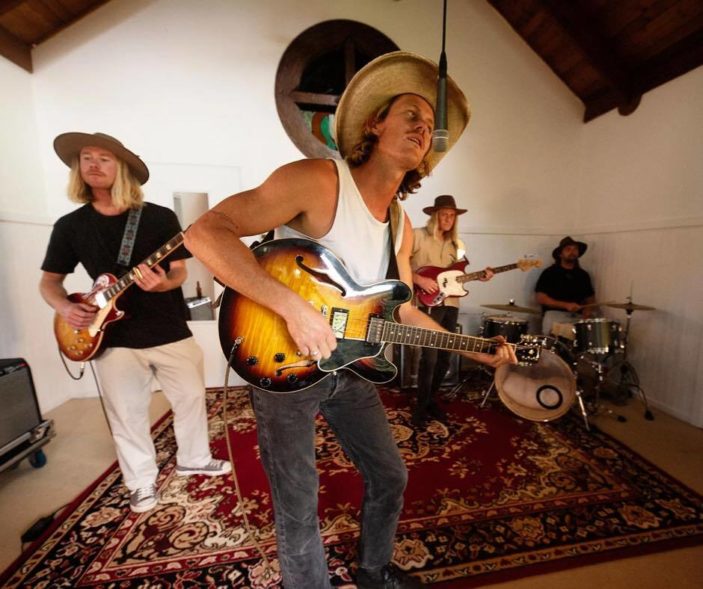 The end of 2023 is within sight, and this week we are adding ten songs to our Discovery playlist on Spotify and Apple Music. Our Track of the Week is “Nullarbor Song” from Byron-based musician Luke Morris.

The single, which is the first from the forthcoming album Long Desert Highways, sees Morris move away from his indie folk background and embrace all things Aussicana and forming Luke Morris and the Heavy Hitters, with four members of Ocean Alley.

It’s a strong lead single, that’s full of warmth and heart – the perfect addition to those early summer soundtracks. The guitar work is a delight, so emotive, and the perfect accompaniment to Morris’ vocals.

Genesis Owusu has today dropped the kick-arse anthemic “Get Inspired”. No doubt this will end up on high rotation and be a festival favourite. In good news this week, it was announced that he has been added to the lineup for  WOMADelaide 2023.

Acclaimed singer/songwriter Robert Forster announced this week that his eighth solo album, The Candle And The Flame will be released in February 2023. The album was initiated on the back of the traumatic news that his partner and wife of 32 years, Karin Bäumler has ovarian cancer. Together, with friends, they recorded an album’s worth of songs together. The first song to be released is the beautiful “She’s a Fighter”.  You can read more on Robert’s Facebook post HERE.

“Coco Dancing” is from a new concept record from French collective DAMde8, with vocals from Canadian singer Major Kami  (a.k.a Camille Miller). The track, and album, is influenced/inspired by the spirit of David Bowie. This track in particular is dedicated to Coco Schwab, Bowie’s right-hand man. It’s bright, bold and full of positivity. A joyful slice of nostalgic electro-pop.

Duo CVIRO & GXNXVS know how to put an absolute earworm together. Their latest collaboration is “Nasty” – and it’s bound to get the same attention as their previous recordings. Talk about impressive numbers. Their debut EP cracked 12 million streams, and the follow-up was over 3.5 million.

“Cold Chills’ is from Won’t Let Go, the posthumous album of Nick Weaver. You can read more about the album HERE.

Also making the list is “Nothing Lasts” by Clay Western. The Perth songwriter returns already after his new EP with a fresh slice of indie rock for your sunny afternoon. Pulsing bass and shimmering synths colour the mix as groovy drums and bright guitar carry his endearing voice like a drifting cloud.

Finally, we have two exclusive video premieres. “Bloom”, the debut release from Bella Deer, and “Howling at the Moon” from TOBiAS.