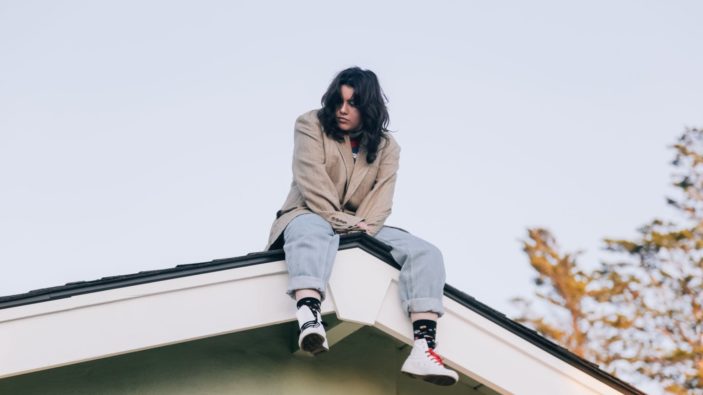 At just 18 years old, Californian singer-songwriter morgen has had a striking start to her burgeoning music career. Today, her latest single “Hammock” has dropped and will have you swinging through your problems with no worries at all.

As a teenager in a global pandemic, the step into adulthood has been a big and confusing one for morgen. Loneliness and self-discovery are among the various themes of her 2021 debut EP Unaccompanied Minor, which can also be found in her latest offering about a breakup. Despite moving out of her family home on top of all this, she’s enjoying the independence and is now happier than she’s ever been.

“Growing up is not as terrifying as people make it out to be, all you have to do is pretend you know what you’re doing and you’re halfway there.”

The upbeat track opens with picked guitar and a squawking synth before a huge kick and booming bass drive the cathartic verse. Swelling pads and bubbling synths decorate the catchy chorus with sweet vocal harmonies peppered throughout the mix. The honest and relatable lyrics tell the story of an unhealthy relationship, perfectly captured in the hook “Hold you close inside this hammock, we need to break up”.

Home-schooled in a musical household, morgen had early influence from the likes of Led Zeppelin, Billie Holiday, Carole King and Amy Winehouse. Before long, she was singing in her dad’s band at the age of five and engaged in musical theatre at six. Oh, she’s also a black belt and teaches karate.

“I’ve just been that person my whole life always choosing music over everything I do.”

Previous single “Fine By Me” was on the triple j most-played list for over two months and hit the top 100 radio charts in Australia. If that wasn’t impressive enough, “Odd One Out” and “3D” were even shared by Elton John on his Apple Music radio show. With this much talent and support at such a young age, you’ll want to get to know morgen before the rest of the world catches on.