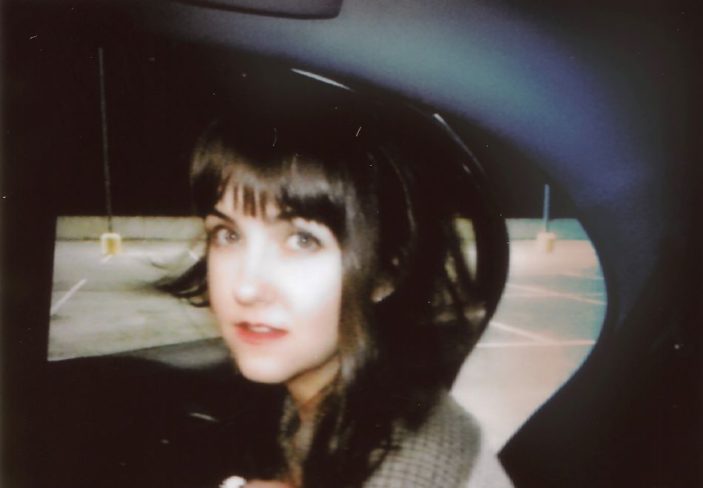 Earlier this month Melbourne singer/songwriter Montgomery released the dreamy “Close To Being Apart”. It’s a beautifully lush track, with shimmering vocals. It oozes emotion, whilst giving off a dance vibe. The track examines moving on, with new experiences and relationships, whilst having to let go of other parts of our lives. “Close To Being Apart” is the first taste from her next EP, which is due out later in the year.

Montgomery explains: “I wrote ‘Close To Being Apart’ last year after moving house. There’s a mix of emotion when you’re packing up and moving on to a new place that holds no memories. I found myself reminiscing, holding on to sentiment, while another part of me was desperate to start a new chapter. ‘Close To Being Apart’ acknowledges that tension of wanting to move forward or change direction, while still clinging to old memories. Even those I’d proudly thought I‘d already let go of.”

Check out the video for the track. It was directed and shot by Jack Bielby and Thomas Schaefer.

To celebrate the release of the track, Montgomery has put together a playlist of songs to which she has a sentimental attachment. We’ve all got a bunch of those, and I loved reading and listening to the tracks on this list.

I’d like to focus on the so-called “Simple Version” of this song because it’s the one I downloaded from their MySpace and the new version just doesn’t hold any sentimental value which is what my Ted Talk here today is all about. It does feel like something you’d hear on a Telstra commercial, but it reminds me of falling in love for the first time so I will always enjoy listening to it.

I used to play this on repeat as an early teen learning to live with her sensitive emotions. A song best consumed in repetition and that’s the doctor’s orders.

This was the go-to song I’d play in the background while crying over a boy. A real stare out the car window type song. It’s premium fuel for that melodramatic sadness.

When I was in Melbourne recording ‘New Clear War’ I didn’t know anyone or where to go or what to do. On my day off I stayed in listening to music, including this EP from MTNS several times. Then in serendipitous timing I found out they were playing a show just down the road from the studio I was staying at so I went by myself and had the best time.

Frou Frou “Hear Me Out”

I’m very nostalgic and sentimental towards Imogen Heap’s music so it’s hard to pick just one but this Frou Frou song is a stand out me. She’s always been extremely inspiring for obvious reasons.

I used to borrow this album from my parents’ collection. Growing up, I loved this song and I think part of why is because it was a one-way street to getting Dad’s undivided attention when I’d put it on.

Active Child “You Are All I See “

This song just sounds exactly how falling in love feels. I don’t know if it’s because it’s stamped with that time in my life or if Active Child is just a genius. Either way, it might be 1 of the 3 items I’d take to a deserted island.

Lights and this EP was my introduction to the DIY synth pop sound and was the reason I thought it was a good idea to download Audacity so I could record myself and my keyboard, the same one Jason Segel uses in Forgetting Sarah Marshall, and maybe I’d become the next Lights. Unfortunately, that just wasn’t the right formula. I listened to this EP religiously and listening to it now, it still holds up.

Straight from The Devil Wears Prada movie soundtrack and straight into my ears when I couldn’t sleep. This song was my best friend during the worst times. I was an emo teen deal with it *slams door*

Speaking of soundtracks, this one’s from the exceptional music curator/TV show The OC. I loved this song back before we had Shazam and you had to google the lyrics to find the title. I still have it in my car on a burnt CD for emergencies, I know I can rely on that song to take me home.