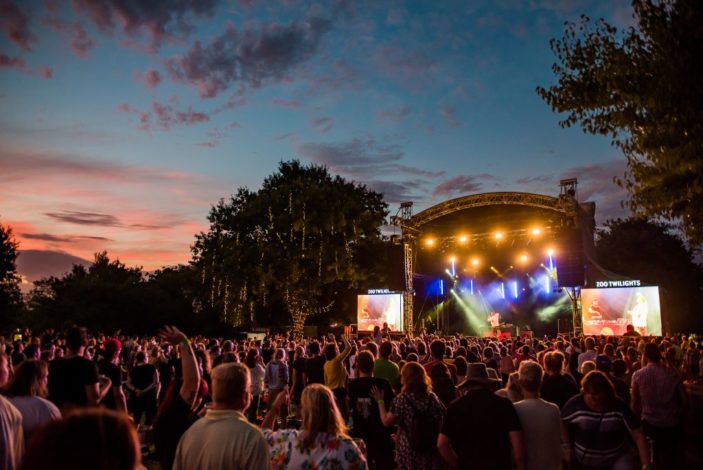 Melbourne Zoo Twilights will be kicking off their amazing new season very soon. Whilst many shows have sold out, there are still tickets available for an eclectic range of performances to suit any musical tastebud. Get a group together because you’re all invited to spend summer nights watching favourite artists in the lush surrounds of the Melbourne Zoo grounds.

The first show of the season is Confidence Man, who are known for their dance-pop party machine anthems, and kick off the Australia Day Weekend on 24th January. Icehouse continue with two concerts on the 25th and Australia Day, and after that there is a plethora of stars including Missy Higgins (7th, 8th & 9th February), The Cat Empire (14th, 15th & 16th February), Toots & The Maytals (31st January), 10CC (21st February), Stereolab (6th March), Mavis Staples (7th March) and more.

What could be better than kicking back with a cheese board, wine or beer, with your favourite people whilst listening to some great live music under the Australian Milky Way where the occasional roar of a lion can be heard from the distance, perhaps singing in their own way to the music!

All proceeds from your Zoo Twilight ticket contribute to saving a tiny marsupial called the Mountain Pygmy-possum from extinction.

Toots & The Maytals with Systa BB

The Cat Empire with Emily Wurramara

Mavis Staples with Emma Donovan and the Putbacks

For more information regarding the Zoo Twilight head to their website www.zootwilights.org.au