Megan Washington: A Visual Retrospective – From Spicks and Specks to Batflowers 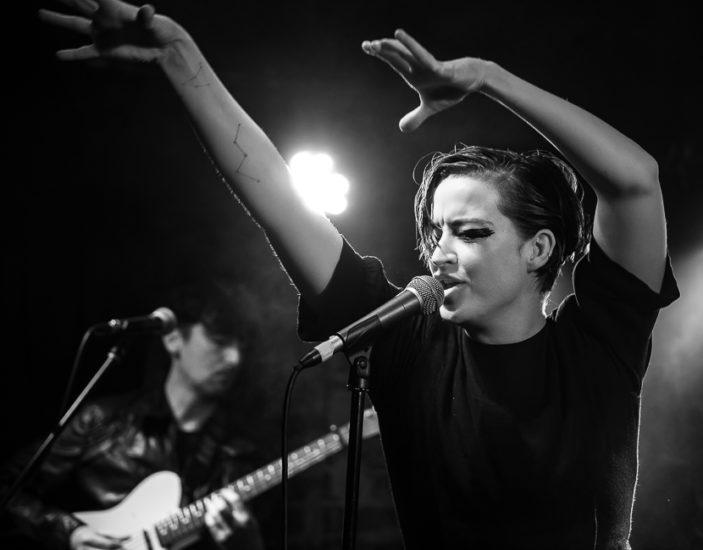 Megan Washington will be releasing her long-awaited album Batflowers on the 28th August. I thought this would be a nice moment to take a visual retrospective at the career up to this point of one of Australian’s most talented and creative singer/songwriters.

Like so many others, my introduction to Washington was seeing her on Spicks and Specks, on the ‘Substitution’ segment. Seeing her sing ‘Creep’ by Radiohead was something else. It’s fair to say that whenever possible I’ve tried to catch her in concert since.

At this stage she already had a few EP’s released. There was one recorded with Sean Foran, which was predominantly jazz. Interestingly there are some other incredible female vocalists in Australia which have also come from a jazz background, including Elana Stone, Katie Noonan, Kate Ceberano, Georgia Mooney and Katie Wighton. No doubt there are others.

The EP How To Tame Lions was released in 2009, and contained what was to become one of her better-known songs, “Cement”.

I Believe You Liar was released in July 2010, and launched her into the mainstream. The reviews were highly appreciative, and radio-play was increasing rapidly.

My first live experience was at the now-defunct Peats Ridge festival, over New Year in 2010/2011. It had an incredible lineup that year. As well as Washington, there was Angus and Julia Stone, The Jezabels, Deep Sea Arcade and many more. It was a great way to see in New Year.

Megan shimmered in the blistering heat, and it was exciting to see the songs I’d been listening to for the past few months performed live at last. 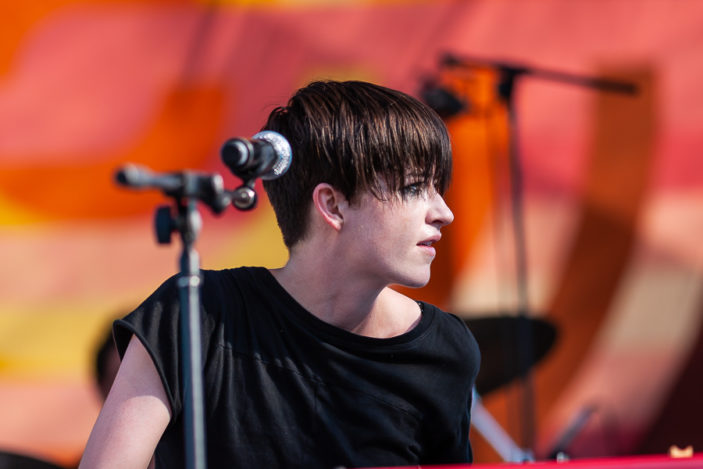 For Washington, it was relentless touring, both in Australia and overseas. Awards were won, platinum records earnt. Megan’s performance of “Sunday Best” at the Aria’s in 2010 was next level. It featured hordes of dancers, posh frocks, complex choreography,  impossibly high heels and was one for the ages.

Insomnia was an EP released in October 2011. It was a masterclass in how to do sad songs well. After the heady heights of I Believe You Liar, Washington wrote a collection of songs highly introspective, reflecting fragility, relationship turmoils and considerable angst. It is a tremendous album, one which in my opinion deserved much greater critical acclaim. It didn’t have the same fanfare as I Believe You Liar, possibly because it wasn’t as ‘poppy’ and perhaps because it was an EP, as opposed to an LP (mind you it does have 8 songs – almost an LP). It was obvious that Washington didn’t want to get on the long PR campaign for this one, but did perform an incredible show at the Sydney Opera House showcasing Insomnia. She vowed never to play the songs again after these shows, but fortunately “Holy Moses” and “Plastic Bag” have been sighted since. 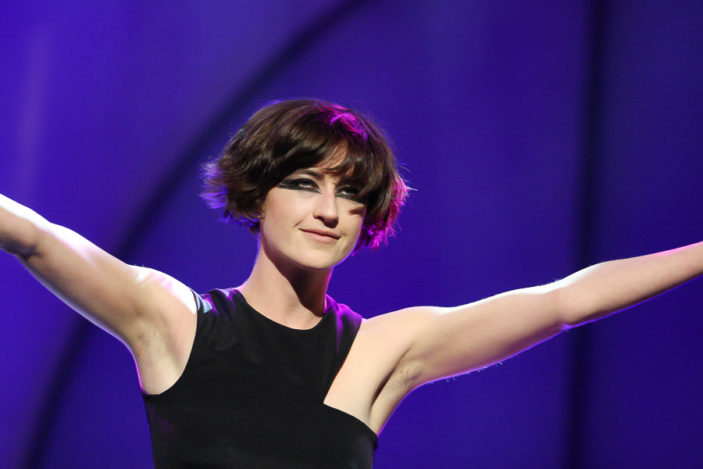 25th January 2012 at the Sydney Opera House, for the ‘Insomnia’ shows

In 2013 there weren’t many shows played, but she did do an intimate show at the Vanguard in Sydney, before starting recording the next album, There There. 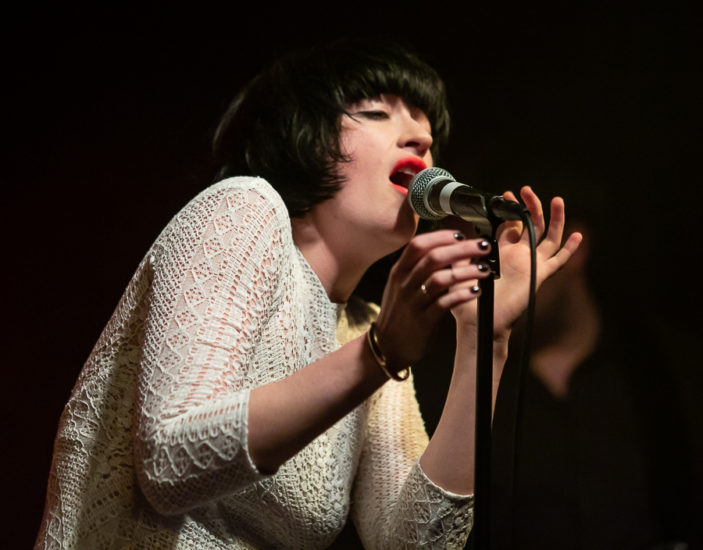 There There was released in September 2014.  A series of small popup shows were organised to preview the album just prior to its launch. If you were in Sydney and lucky enough to get a ticket, it was at the Oxford Art Factory. 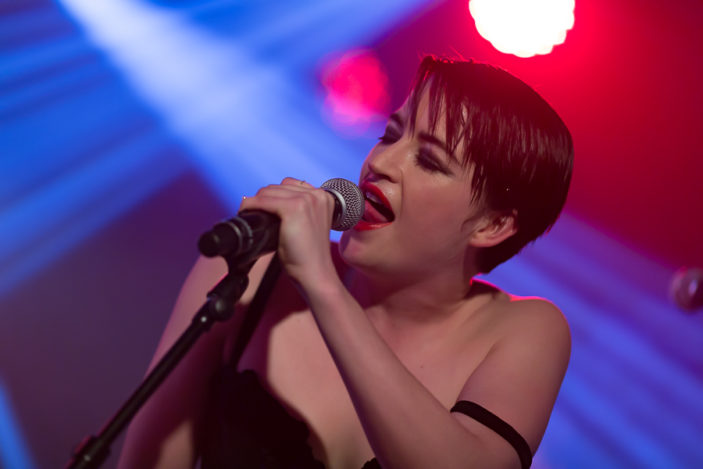 A national tour was then organised in 2015. Supporting Washington in Sydney was Montaigne. 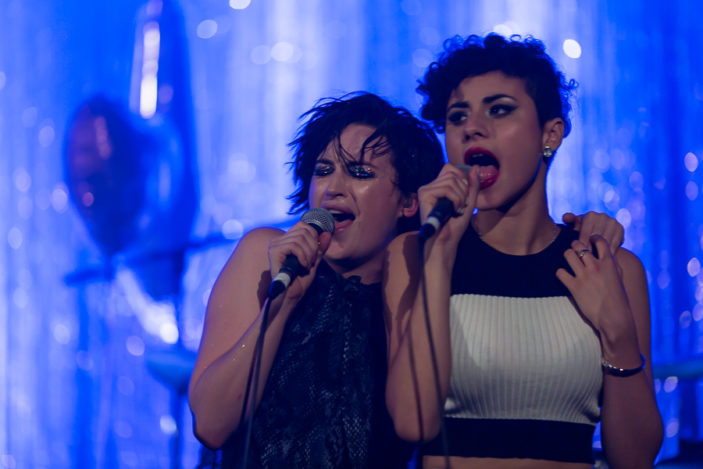 21st Feb 2015, at the Metro Theatre with Montaigne

In September 2017, Washington played a bunch of new tunes at the Sydney Opera House, with the Sydney Symphony Orchestra. Unfortunately, this is one tour I missed, but as you can read from the review HERE, it was a great night. The songs were apparently going to be on an album titled Sugardoom, which sadly so far has not seen the light of day. Be patient folks, Neil Young has just released an album, Homegrown that was recorded back in 1974/75. Sometimes patience does get rewarded. Ironically Sugardoom was apparently an album of lovesongs, whereas Homegrown is an album about the end of a relationship.

In June 2019, she mesmerised us again at The Lansdowne, in a small run of shows to showcase her latest single, Dirty Churches.  You can read our review of the night HERE.

The Lansdowne is always an epic venue to see a band, even it’s not the easiest to photograph from a lighting perspective. This was a highly intimate, engaging and masterful performance from Megan. 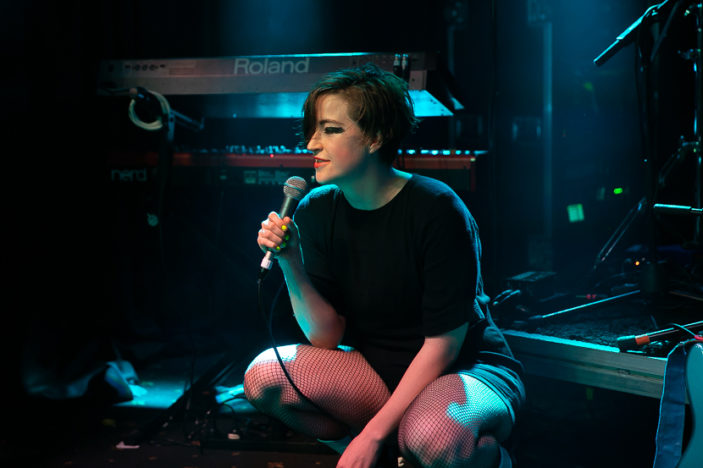 We’ve been drip-fed a few new songs in the last couple of years. The final single before her upcoming album was “Dark Parts”, a song which showcases Washington at her most creative and brilliant best. It’s dark, it’s ghoulish, it’s party-time and it oozes inventiveness.

Following is the artwork for her next album, Batflowers. The album will be released on the 28th August 2020. You can pre-save the album HERE 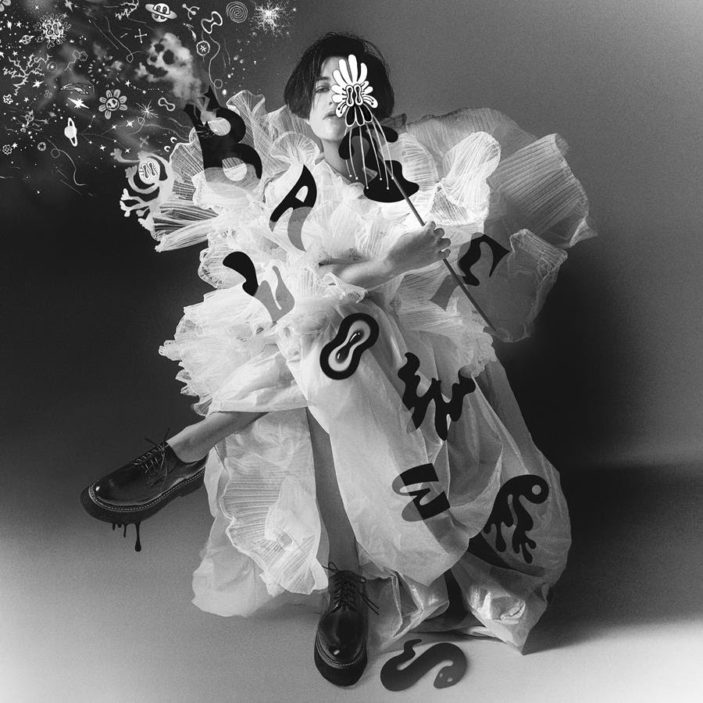 So, here we are. It’s not long now till the next release from this exquisitely talented artist.

All performance photos by Bruce Baker.