Matt Berry joined Gorillaz on stage at their Toronto show (See the video and full setlist!) 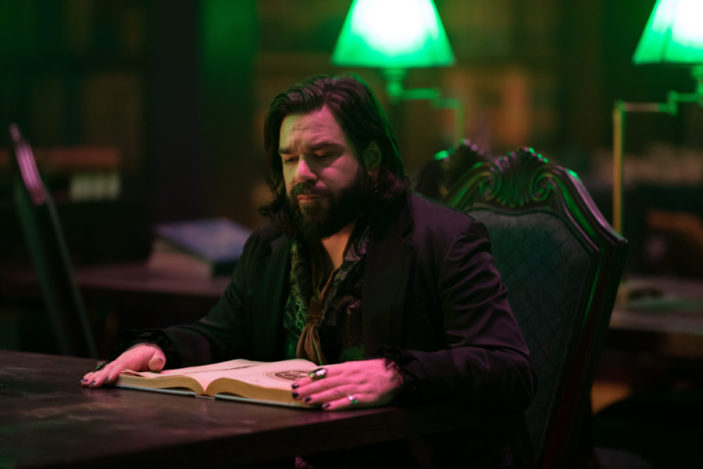 As Gorillaz kicked off their 5 1/2 song encore at Toronto’s Scotiabank Arena last night, Damon Albarn commented “I didn’t think we’d ever play this song again”, before a mysterious cloaked figure emerged to stand at a newly erected podium at the front of the stage, as red lights dawned over the Raptors’ home arena.

That mysterious cloaked figure was What We Do In The Shadows actor and comedian Matt Berry, who went on to do a (mostly) faithful rendition of the Demon Days track, “Fire Coming Out of the Monkey’s Head”. He did add in a line about Mississauga, a city to the west of Toronto.

Dennis Hopper famously narrated the track in the original, while Berry first came to play the role in the 2020 live stream Song Machine Live. This is the first time he’s joined the band on tour, however. And it seemed that he came straight from the set of What We Do In The Shadows, which films in the city, given his outfit.

Here’s video of the performance:

You all deserve to witness some of this glory. #MattBerry #Gorillaz #Toronto pic.twitter.com/VX2xh3JiMN

Though the majority of the night put the focus on Albarn, other guests on the night (who are part of the Gorillaz travelling camp in North America) included support acts EARTHGANG who came out for “Opium”, Bootie Brown who came out for “Dirty Harry”, “New Gold” and “Stylo”, De La Soul for “Feel Good Inc.”, and Sweetie Irie who closed the night with the “Ed Case/Sweetie Irie Re-fix” of “Clint Eastwood” – a deep cut for those playing at home.

Photo: “WHAT WE DO IN THE SHADOWS” — “The Cloak of Duplication” — Season 3, Episode 2 — Pictured: Matt Berry as Laszlo. CR: Russ Martin/FX