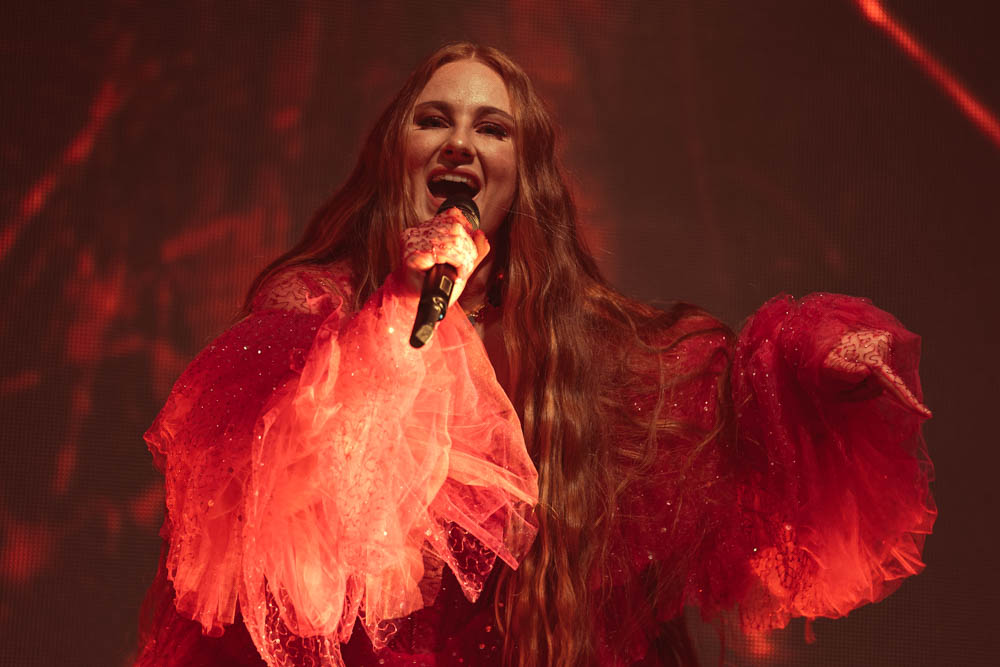 Throughout her growing music career, Vera Blue has become an Australian modern pop icon, and her most recent album, Mercurial is a testament to her ability to create exciting and memorable pop music. Her Saturday night Forum Theatre show displayed how well her new album translates to the live stage and reminded Melbourne what a powerful and exciting artist Vera Blue is.

Becca Hatch opened the evening’s proceedings, building a strong sense of energy into the room as her combination of RnB and dance music echoed around the Forum Theatre and brought the growing crowd to the front of the room. She was definitely a great act for an early pump-up, getting the crowd to dance and sing along with her and creating an early impact for the evening. 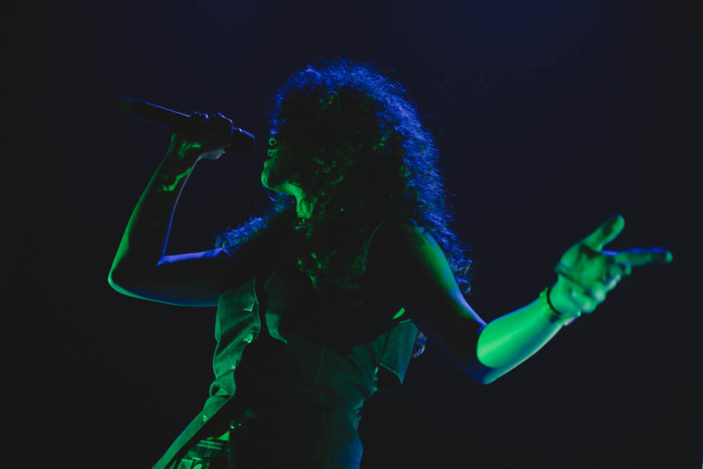 It’s been a long time since we’ve seen Vera Blue in Melbourne, and it was great to see her take the stage at the Forum once more over the weekend. As she celebrated the release of her sophomore album, Mercurial, and many of her singles released over the previous two years, you could tell the energy of the Melbourne crowd was rubbing off as she danced and sang her way through the night.

Opening with ‘Lethal’, ‘Lie To Me’ and ‘Alright Now’, placed an immediate emphasis on Vera’s newer works, many of which had never been heard in Melbourne before Saturday night. Hearing new music brought a wave of excitement into the crowd and this energy pulse was rarely given a moment to let up as Vera continued through, ‘The Curse’, ‘All The Pretty Girls’ and ‘Heart Still Works’. 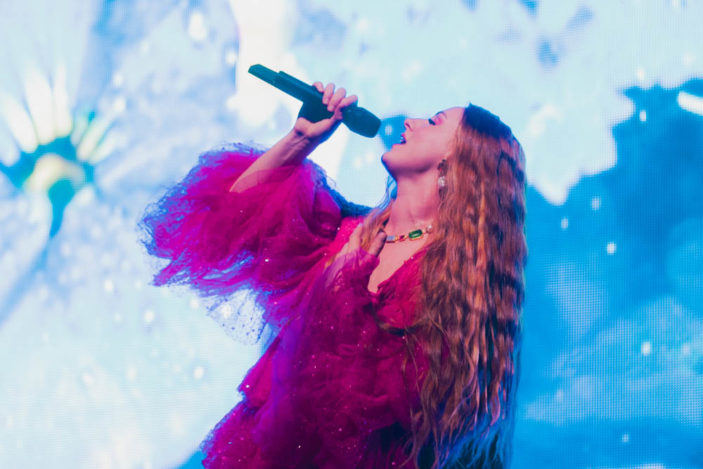 Additional to hearing the new works that Vera had to offer, the production of the show was wonderful. With a raised platform for the band and a big LED screen playing content to bring extra emphasis to Vera’s already encapsulating vocal work.

While Mercurial was the reason everyone was there, the biggest crowd reactions came from some of the more beloved tracks off of Vera’s debut, Perennial. ‘Regular Touch’, ‘Lady Powers’, and ‘Mended’ in particular struck a chord with the crowd, keeping the audience’s energy alight as the night slipped away. The performance of these tracks reminded the crowd of how far Vera has come and allowed them to witness her musical journey play out live.

The finale of the night was a combination of new and old as Vera and her band, played a slightly more rock-centric version of ‘Hold’, before closing out her performance with her 2019 single ‘Rushing Back’, a song that was transformative to her career. 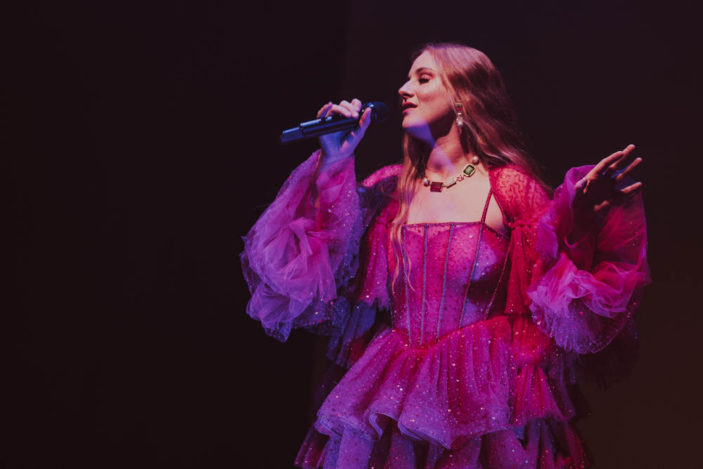 The Mercurial tour continues on in Hobart on the 2nd of December before dates in Gosford and Thirroul, before closing out at the Enmore Theatre.
tickets can still be found HERE