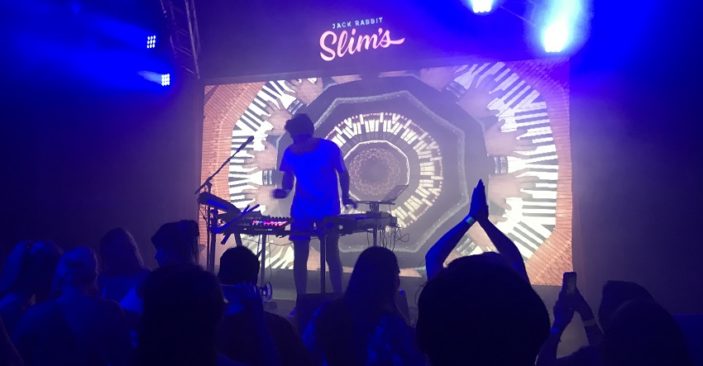 Fledging Perth producer Ukiyo, aka Timothy Arnott, may have garnered money-can’t-buy endorsements from Will Smith and Pharrell Williams but that wasn’t enough to genuinely draw a crowd for his maiden album launch at Jack Rabbit Slim’s in his hometown on Saturday night.

It may have been a thin turn-out for the self-titled album launch, but that didn’t stop Ukiyo putting on a good show, supported by locals Ellicit and Maver.

There’s something awkward about a small turn-out. The artist knows it. The crowd knows it. But no one talks about it (maybe the patrons do to each other but not the artist). And everyone just tries to get on with it. But it impacts the energy.

Ellicit and Maver’s support sets, where both played Flume’s “Rushing Back” (which was ironic given Ukiyo’s adoration for Flume), were played to a near-empty floor which arguably only enhanced the nervous energy for Arnott who could be seen watching on from afar. 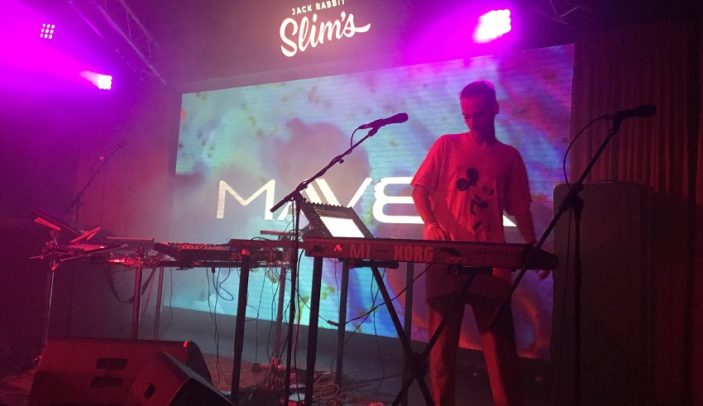 Yet upon Ukiyo’s arrival on stage he did well to reverse the energy and the floor began to fill and groove, aided by late arrivals for his 10:15pm start. His pearly-white beaming smile certainly helped.

After a big hello and album plug, Ukiyo moved into popular single “Make It Better”, where he moved around his perched pod from keyboard, laptop to electronic drums in his summery shorts and begun to disarm the scattered crowd.

Disarming them was one thing, engaging them was another. It seemed a few had enjoyed a long day of refreshments. The graphics on the big screen behind Arnott were barely a consideration, with few actually paying attention to the stage. Danceable album tracks “The Middle” and “Runaway” gave them what they wanted.

Ukiyo also unleashed a slowed-down version of hit single “Good Enough”, while the Chet Faker-ish “Something Like This” won a few over. 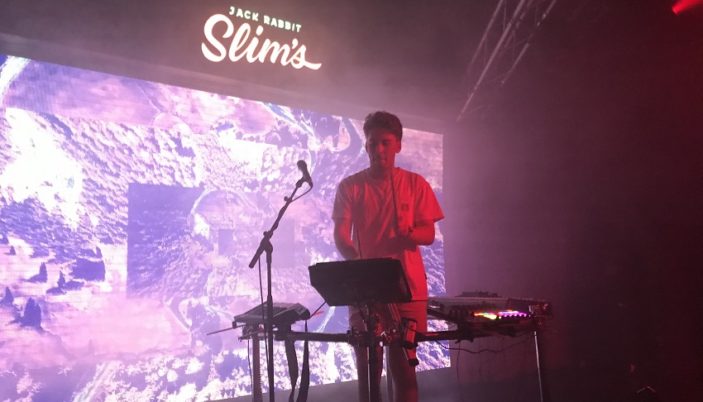 Arnott offered a touch of upbeat spirit with his between-song banter, particularly after a patron passed on a message that his onlooking Mum thought he was “doing a great job”.

He couldn’t quite convince them to congregate in the area where his manager was filming a launch vid, but he got them happily dancing, even when things slowed down with a song for the “sad boys” as he declared it, with “Equi”,.

He finished with a track not off his new album, “Midnight Son” where it was hard not to feel the warm fuzzies as the stage reverberated and the video and lighting provided the perfect sign-off into the night for both Arnott and the punters, as Jack Rabbit Slim’s filled up with the thrifty yet untamed post-show crowd.

For more from the artist head to https://www.ukiyomusic.com/