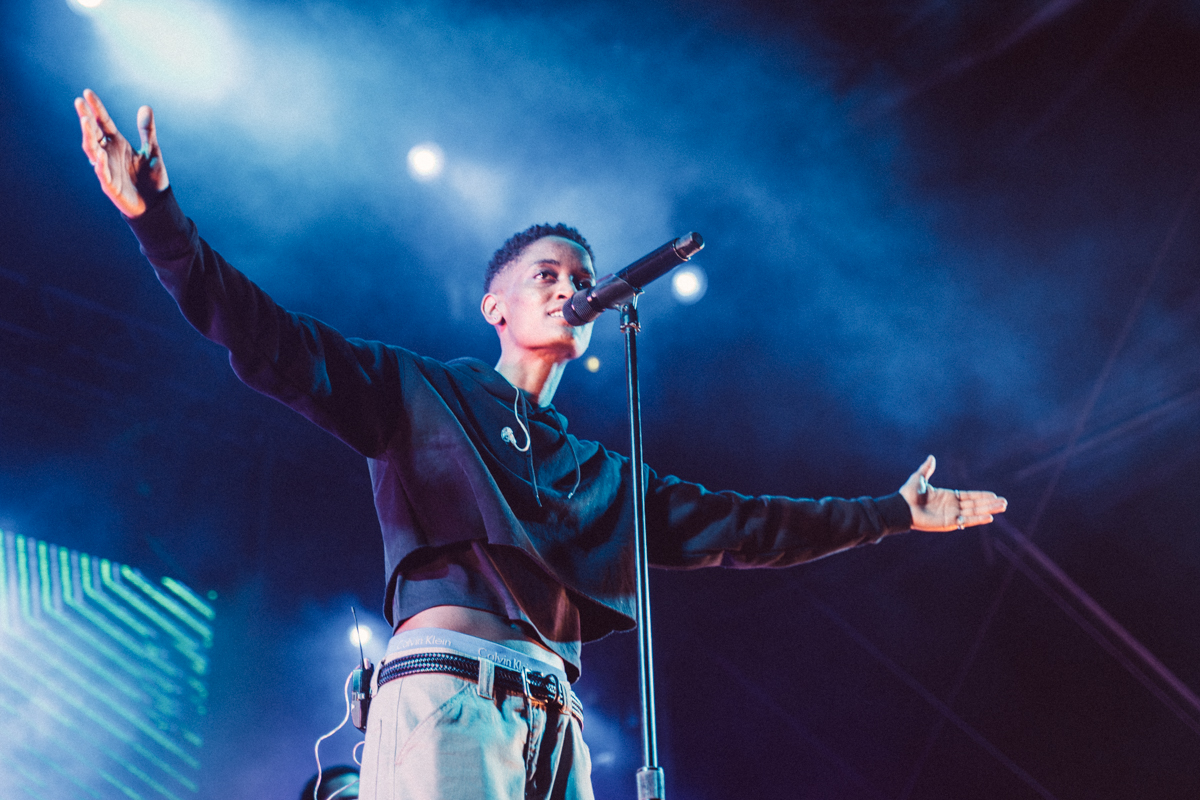 The Internet, at Melbourne Zoo, closed out the week with some of the smoothest sounds going at their ‘Zoo Twilights’ concert. With a bubbling and excitable crowd, the evening couldn’t have gone better for the North American five-piece and their opener, Baro.

Baro proved to be a great lead in for The Internet, with a juxtaposing sound that somehow perfectly complemented the coming set. Baro was impressive to see in action, shifting seamlessly between beat laden lyric heavy tracks and a softer more R’n’B vocal vibe that perfectly suited the evening’s mood. A highlight of his set, were his many featured guests especially brought to the Zoo Twilight stage to bring his recordings to life. Both Remi (for “F*CK THE JUDGE”) and Nasty Mars (in wdubi) contributed to the set and almost sent some fans off the deep end when they entered from side-stage.

The Internet blew the minds of their thousands of adoring fans during their performance, using their lo-fi soul mood to spread a satisfyingly mellowed atmosphere throughout the zoo. After the animals had a wake-up call from Baro’s lyrical onslaught, The Internet would have sent them straight to lullaby land with the silky vocals of lead singer Syd Tha Kid and Steve Lacy‘s guitar work.

They burst out of the gates with some of their newer works, “Come Together” and “Roll (Burbank Funk)” before shifting gears into an older number “Dontcha”. The crowd backed the performance right from the start, with a deafening cheer enveloping the staged area as the band slowly made their way onto stage. This was a continuous feature of the evening, with cheers audible from a distance whenever Syd Tha Kid mentioned band’s love of Australia.

For those who haven’t heard a lot of their work, The Internet have a wonderful way of blending soul, funk and elements of reggae while keeping the sound fresh and in-oppressive. This sound; developed across their many albums translated perfectly to live performance, with older numbers benefiting from the Internet’s many years on tour.

The middle of the set is where The Internet really drove the point on their incredible live sound, really pushing “Stay The Night” and “Come Over”, dedicating songs to the crowd and flourishing in their element. Unfortunately, the end came too soon with the band closing the evening with a strong of high resolution soul jams off of Ego Death, the group’s 2015 album. The set ended with the same burning fashion that it began with and even though the long set had worn them down, the music was still sharp and ringing with their signature soul sound.